THE GAME between Brazil and Argentina has been suspended after Brazilian health chiefs walked on to the PITCH and stopped it.

Officials hauled the players off after three Prem stars had not completed a mandatory stint in quarantine following entry into the country. 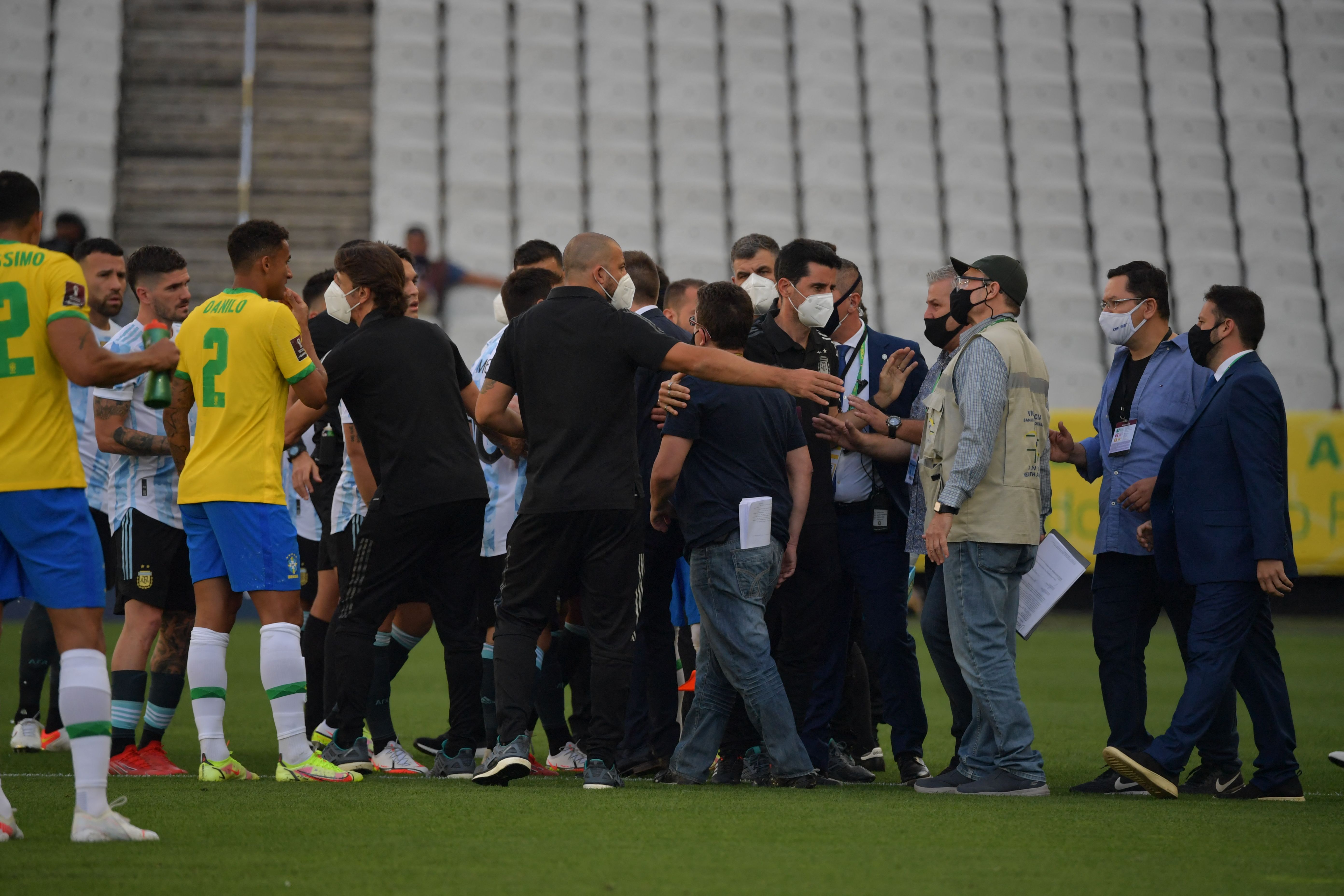 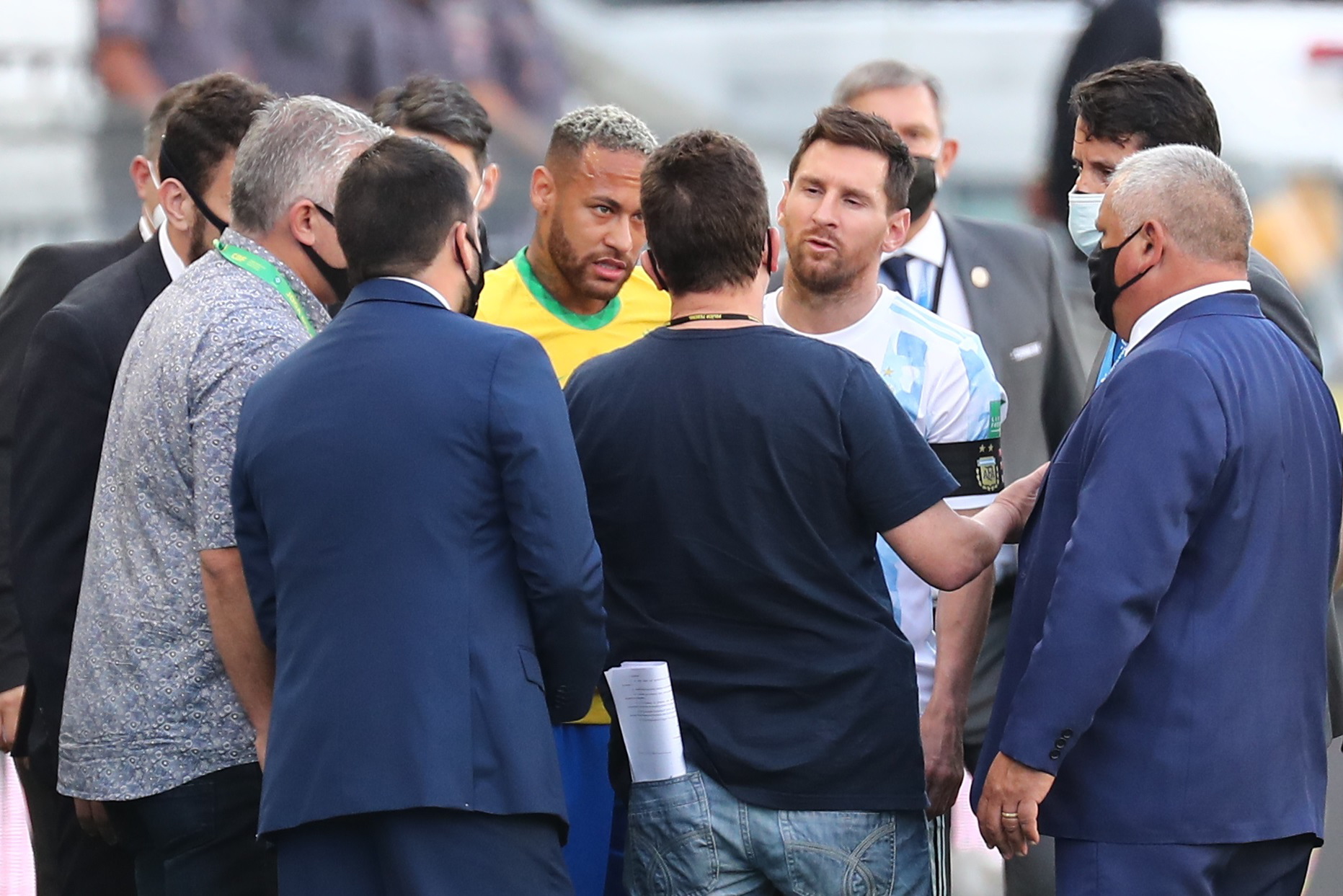 Emi Martinez, Cristian Romero and Giovani Lo Celso all started the match for Argentina – despite being ordered to isolate for Covid-related reasons.

The three stars – along with Emi Buendia – travelled from England to play for Argentina, but the UK is on Brazil's red list.

The players were required to complete a stint in quarantine are reportedly lied to immigration officers about where they had been.

They were ordered to go into isolation immediately – but three of them were part of Lionel Scaloni's starting XI to face Brazil.

The Prem stars failed to evade the authorities, though, as health officials raced on to the pitch and halted the game after seven minutes.

The likes of Lionel Messi and Neymar appeared to demonstrate with the health chiefs but their efforts – so far, at least – have failed.

Even if the match goes ahead and the Prem stars avoid quarantining in Brazil, they won't have the same the luck when they return to the UK.

Martinez, Romero, Lo Celso and Bunedia will all need to quarantine for ten days on return – meaning they will miss the next two Prem games.

That's because Argentina's final World Cup qualifier of the international break is against Bolivia in the early hours of Friday morning.

And Tottenham favourites Romero and Lo Celso will miss THREE games due to the team's Europa Conference League commitments.

Brazil were not happy the Argentines were allowed to travel to South America for the fixtures as their Prem stars did not make the journey.

The five-time World Cup winners asked for nine players from six clubs to be released – despite the chaos it would cause.