BRENTFORD boss Thomas Frank has been charged by the FA for improper conduct towards a referee.

The Bees boss was shown two yellow cards in quick succession following the full-time whistle of their 2-1 home defeat to Wolves. 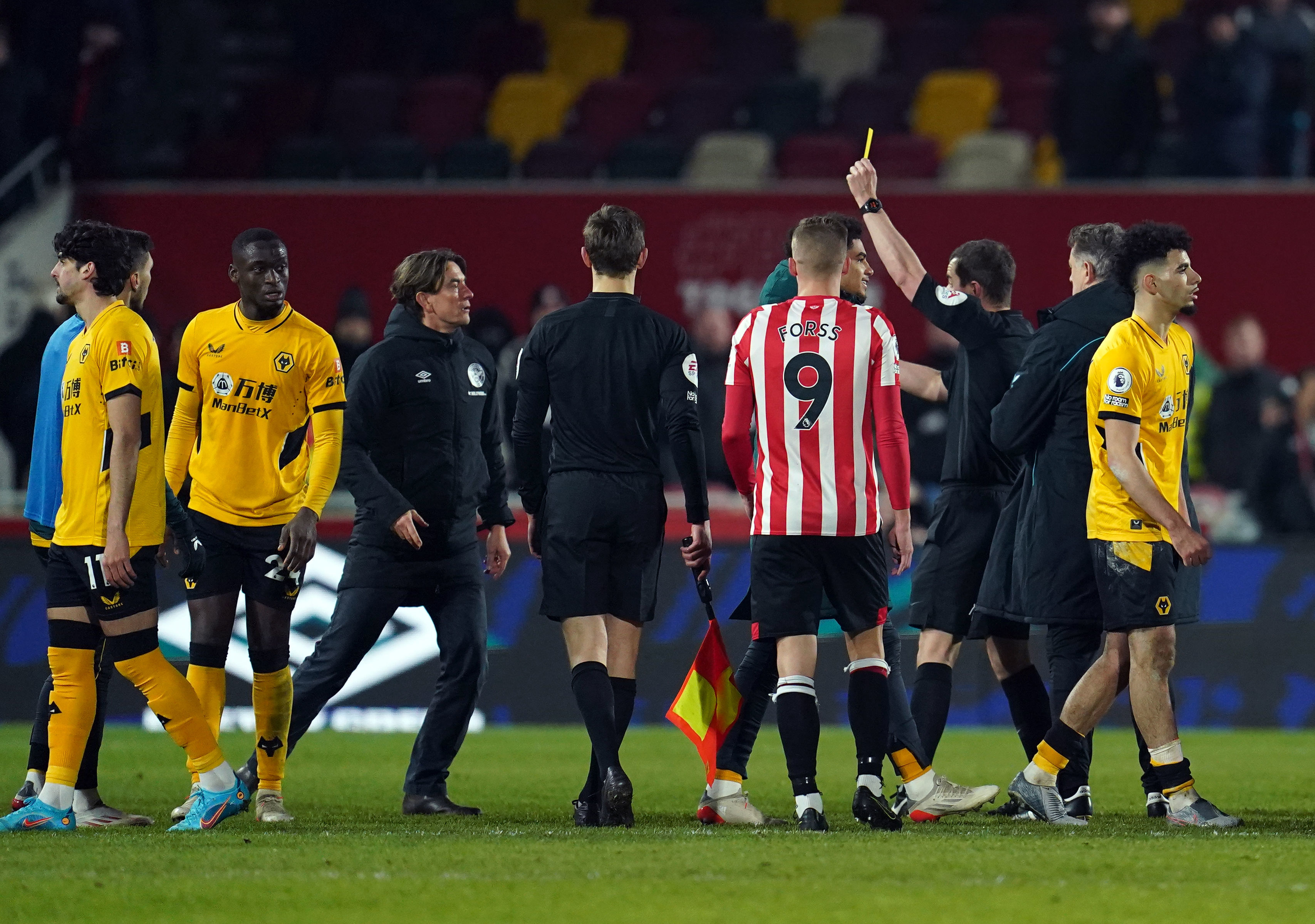 Frank admitted post-match that he had confronted a Wolves player on the pitch which led to his first yellow.

The Danish coach then made a comment towards referee Peter Bankes in an aggressive tone that led to him being shown a second yellow and subsequent red card.

The footage was later reviewed by the matchday officials and FA representatives and have stuck with Bankes’ original decision.

The FA released a statement of Twitter which read: "Thomas Frank has been charged with a breach of FA Rule E3.1 following Brentford's Premier League match on Saturday against Wolverhampton Wanderers.

"It is alleged that the manager's language and or behaviour towards the match referee after the final whistle was improper, and he has until Thursday Jan 27 to provide a response."

Frank – who is currently on a skiing holiday with his family during this international break before the FA Cup next weekend – has until Thursday to respond to the charge.

Speaking about the incident post-match, Frank explained: “I was relatively calm going over there. The situation that tricked it was a confrontation with a Wolves player.

“I got a yellow after that, and then I turned around to Peter and said: ‘You can just give me the second one as well’.

“I needed to know why I got the second one and he said it was because I was turning around too aggressively. He will look back and see if it is like that on TV.”

Frank is unlikely to appeal the charge, having admitted he was “stupid” and apologised to the players after the game in the dressing room for not controlling his own emotions.

It comes just one day after Frank confirmed he had signed a new deal with the club until 2025 after a stunning start to life in the top flight for the first time in 74 years.

Brentford’s game against Wolves was a bizarre one having been delayed for 15 minutes in the first half because of the presence of an unauthorised drone above the ground.