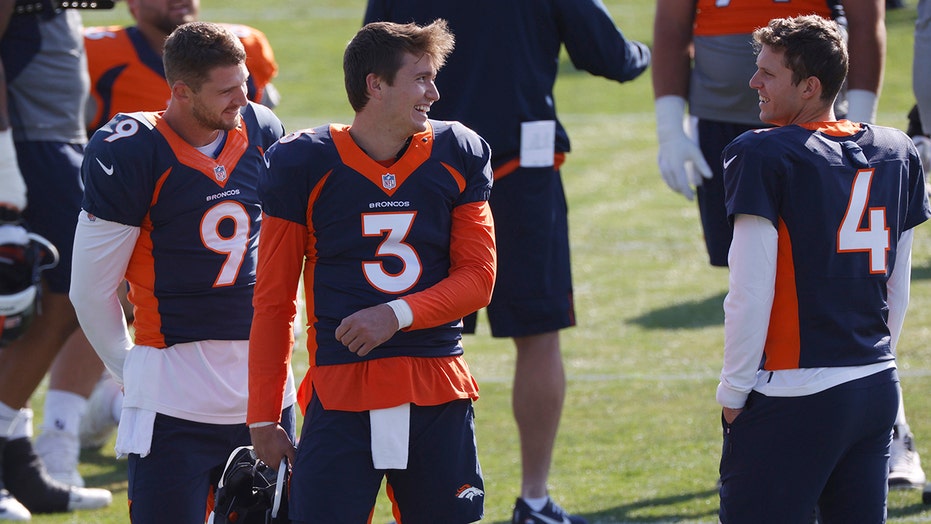 The Denver Broncos were the focal point of controversy last season when their entire quarterback room had to miss one game after Jeff Driskel tested positive for coronavirus and Drew Lock, Brett Rypien and Blake Bortles were all determined to be close contacts.

The Broncos were forced to start wide receiver Kendall Hinton at the position. Hinton had not taken a snap at quarterback since he was playing for Wake Forest in college.

NFL Commissioner Roger Goodell and others opened up to the Los Angeles Times in a story published Tuesday detailing the league’s coronavirus plan, including the mandate to wear a device to determine who was in contact with who if someone tested positive for the illness.

The device took center stage in the Broncos incident, according to the LA Times. With all four quarterbacks set to be sidelined, Broncos president of football operations John Elway reportedly pleaded with Goodell to reschedule the game but to no avail.

According to the report, the Broncos quarterbacks attempted to fool the system and were caught on surveillance video. The quarterbacks reportedly removed the devices and put them in four corners of the meeting room and sat together and watched film.

Bortles would admit at the time that he and his teammates were “in the wrong.”

“We didn’t have our masks on. It was a red flag with that. So we made a mistake, had kind of a brain fart for a moment. What’s unfortunate is we’ve been really good all year as a quarterback group about wearing masks and our trackers,” he told 9News.

“I thought it was unfortunate. They handled it how they handled it. Wish it was different, wish we made a better decision and could have fixed it.”