Ahead of the British Open, Koepka said the two were “not going to be high-fiving” each other as Ryder Cup teammates and traced the reason back to 2019. 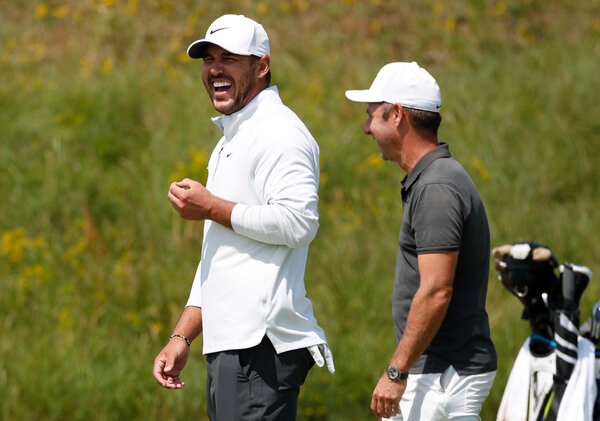 The feud between Brooks Koepka and Bryson DeChambeau survived the trip across the Atlantic to the British Open with barbs intact, erupting and entertaining anew on Tuesday. Among the highlights:

At a news conference ahead of the tournament at Royal St. George’s in southeast England, a reporter began his question to DeChambeau with a cheery “Hi, Brooks.”