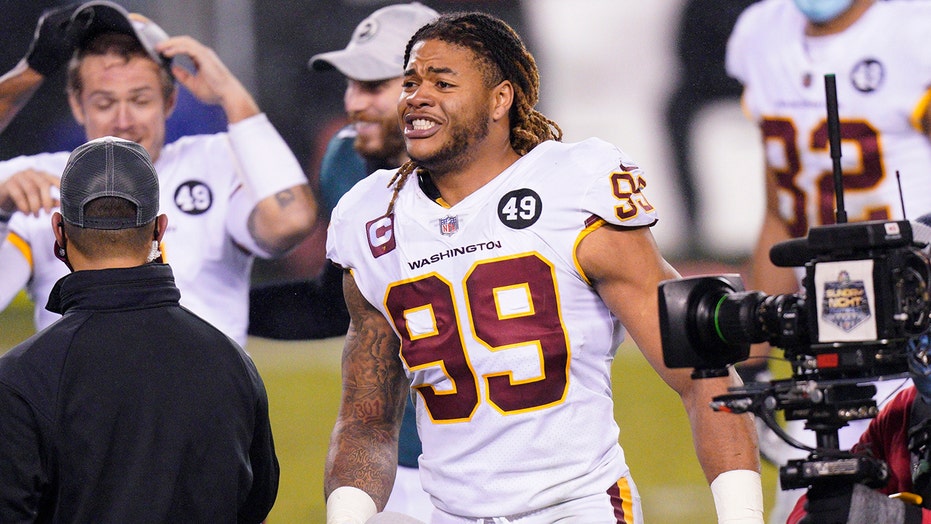 Washington defensive end Chase Young may have bitten off more than he can chew ahead of Saturday’s playoff game against Tom Brady and the Tampa Bay Buccaneers — at least Bruce Arians seems to think.

The eager rookie earned his first division title on Sunday in a 20-14 victory of the Philadelphia Eagles. As he walked off the field, Young was heard shouting: "Tom Brady! Tom Brady, I'm coming. I want Tom!"

The Ohio State product is favored to win the NFL Defensive Rookie of the Year and has certainly earned the right to trash talk this season but challenging a future Hall of Famer is a risky bet for even the most veteran player.

When asked on Monday about Young’s comment’s coach Arians didn’t sugar coat it.

"We'll have our hands full, but it's one of those games where you better watch what you wish for," he said, according to NFL.com.

Despite the warning, Arians acknowledged Young’s talent, adding that Washington has the best of the best.

"He's a hell of a player. Making him a captain as a rookie speaks volumes," Arians continued. "Both those kids from Ohio State, he and (receiver Terry) McLaurin, are great kids. He's a handful, but so is (Montez) Sweat, (Daron) Payne, the rest of those guys. ﻿Ryan Kerrigan﻿, I've had a ton of respect for a long time."

Saturday’s contest might all come down to who wants it more. Brady is certainly on a mission to prove himself as more than just a system quarterback. After earning six Super Bowl rings with the New England Patriots, Brady is looking to add another but this time the landscape is much different.