WHEN you’ve spent almost 120 days looking down on the rest, you don’t surrender top spot easily.

Manchester City had to sit and watch Liverpool take over as Prem leaders during the lunchtime kick-off at Anfield. 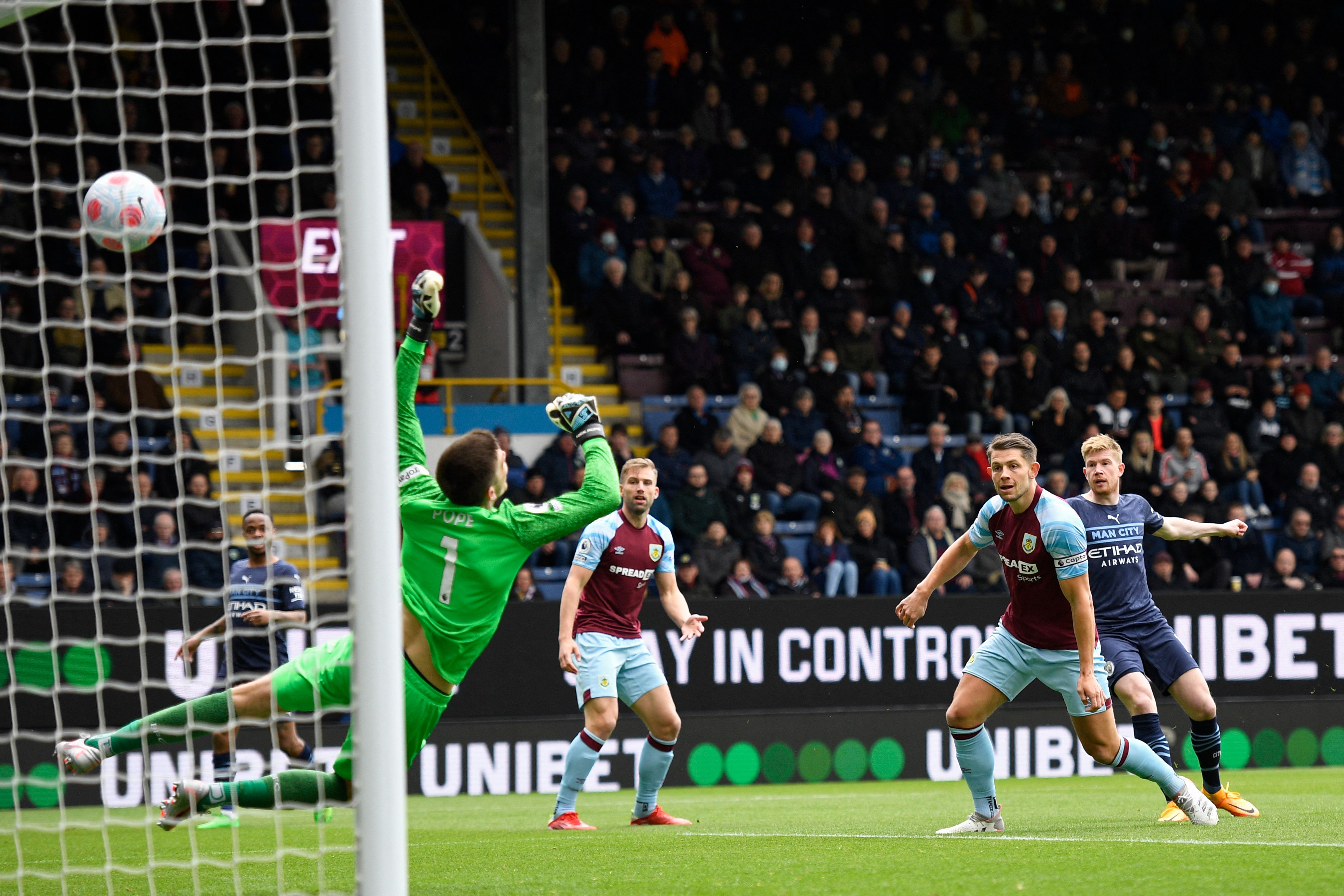 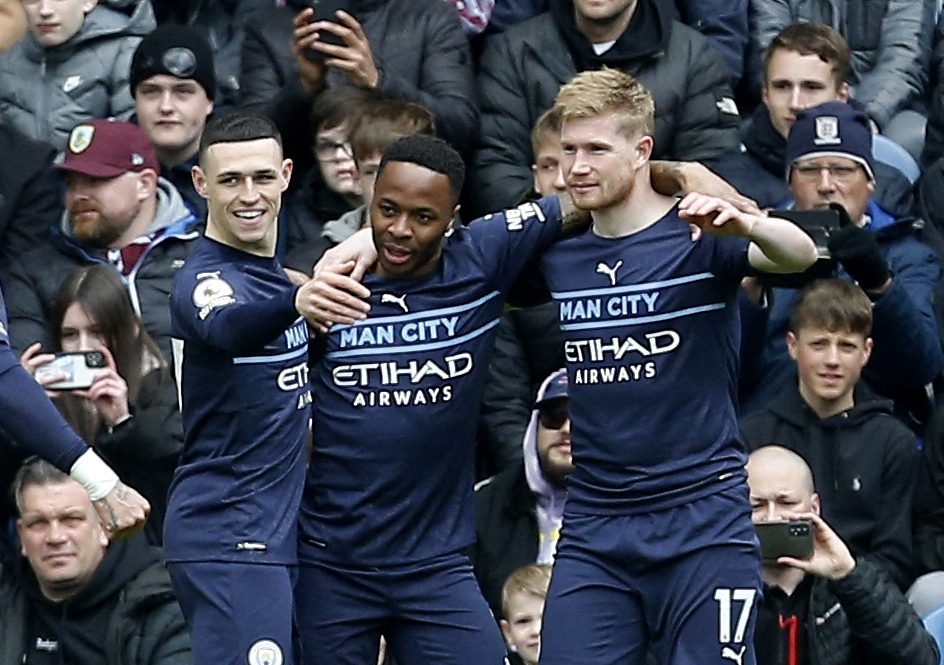 But Pep Guardiola said on Friday it would have no effect on his team if that happened – and how right he was.

It took City just five minutes to effectively move back to the summit through Kevin De Bruyne’s beautifully worked opener.

And when Ilkay Gundogan volleyed in a stylish second 20 minutes later, there was no doubt the status quo would be restored.

It means the champions go into next Sunday’s titanic showdown with the Reds with the advantage – albeit a slender one point.

Jurgen Klopp had tried the mind games during his Friday press conference – claiming he wouldn’t fancy a trip to Burnley at this stage.

Clearly the Kop chief had not studied the form book – or the previous meetings between these two teams.

Because City had won their last nine against Sean Dyche’s men in all competitions – by an aggregate score of 32-1.

And the relegation threatened Clarets’ had lost their last three matches – before an enforced three week break – without scoring in any of them.

To be fair, Guardiola’s champions had slipped up as they only managed a goalless draw at Crystal Palace in their last Prem game.

It was December 2020 last time they dropped points in back-to-back league matches – and they knew they could not afford to let it happen again.

There was an early scare as boyhood City fan Josh Brownhill got an early header in which looped over Ederson but drifted just wide.

However that was as good as the afternoon got for Sean Dyche’s men.

In the fifth minute full-backs Kyle Walker and Joao Cancelo stretched the play before Rodri stood up a cross to the back post.

Raheem Sterling cushioned a volleyed pass perfectly into the path of De Bruyne who thumped a shot across Nick Pope and into the top corner.

KDB was given a chance to put his feet up during the international break as he was not called up by his national team boss Roberto Martinez.

It seemed to have paid off as he was everywhere early on – cutting a ball back for Rodri to sting the palms of Pope with a long range pile driver. 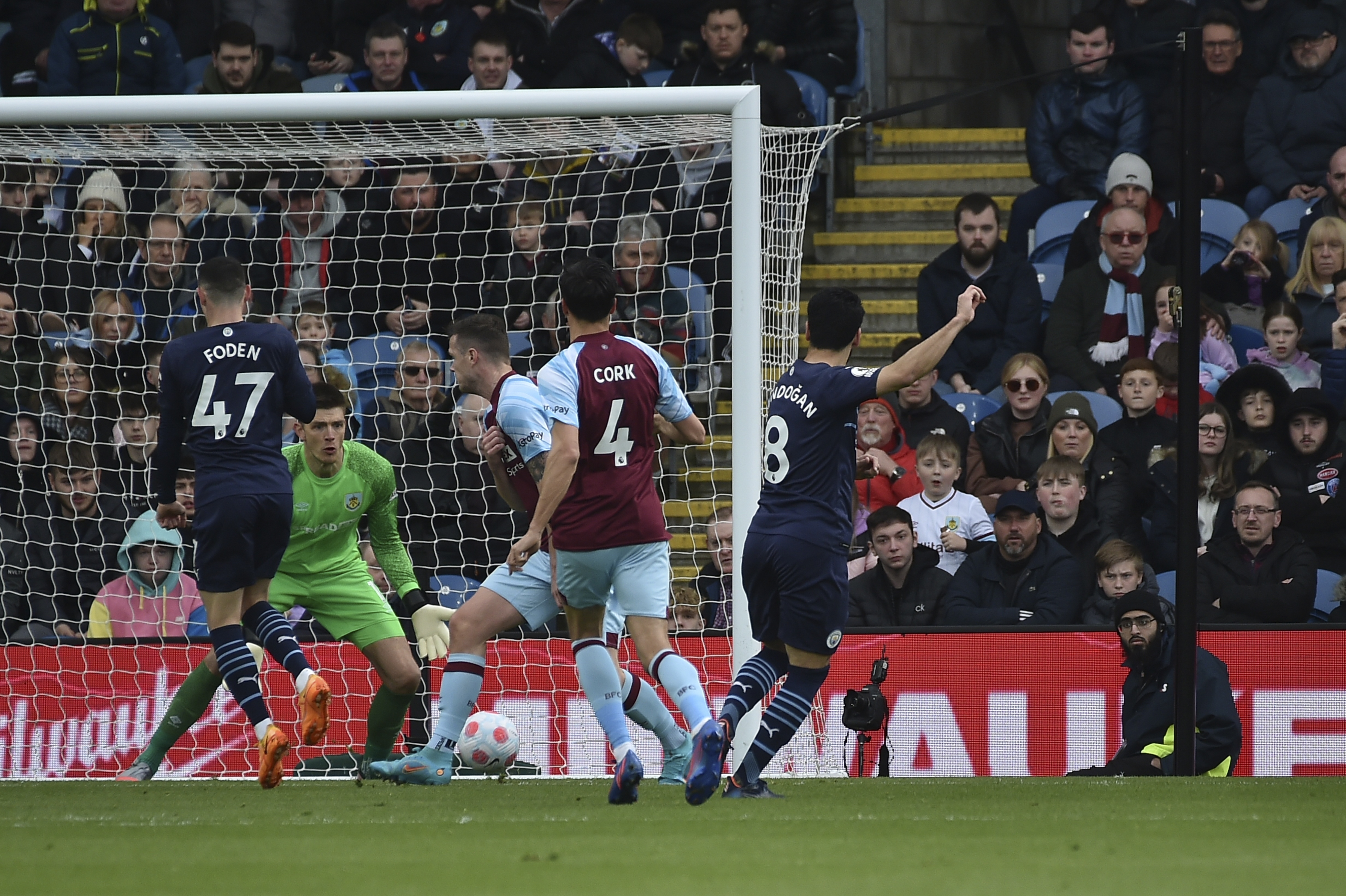 The Spanish midfielder was unlucky there but should have done better minutes later when Burnley did not clear a corner – but he snatched his volley and fired wide from 12 yards.

Home striker Wout Weghorst was clearly getting frustrated with the way things were going and swung an arm into the throat of Cancelo.

The card was only yellow but Cancelo got his own back by playing a part in the second goal on 25 minutes with a sweeping ball out to the right.

Sterling played a lovely one-two with De Bruyne before bursting clear down the right flank and chipping a ball into the middle.

Ilkay Gundogan arrived right on cue and guided his volley through the legs of Kevin Long and past Pope.

Long, 31, was making his first start in any competition this season with Ben Mee injured and Nathan Collins suspended. What a game to come in for.

A third goal almost arrived just before the break as Phil Foden lifted a delicious ball over the top into the path of Sterling who got there ahead of Pope but volleyed wide.

Giant Clarets keeper Pope said the stand-in Three Lions skipper had been unhappy with him for standing next to him in the line-up at Wembley on Tuesday. 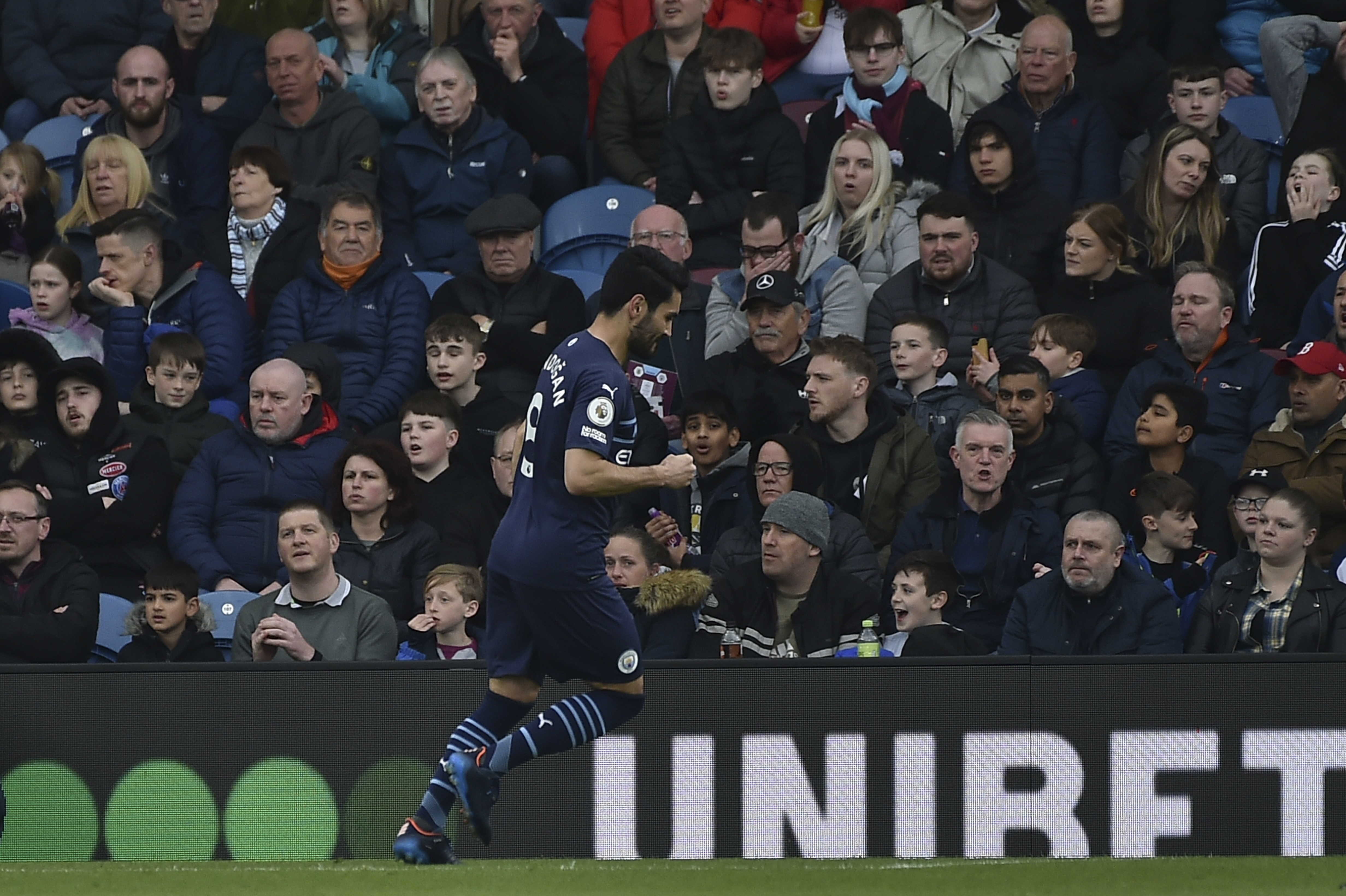 He towered over 5ft 7in Sterling that night – yet here City had been head and shoulders above the Clarets on every level in the opening half.

Burnley threw on Ivorian forward Maxwel Cornet for the re-start – and that might have sent a shiver down the spine of Guardiola.

He scored four goals in three Champions League matches against City for his former club Lyon – including a key one in the 2020 quarter final.

The home side needed something very special from him to get back into this one.

His goalbound header was cleared off the line by Nathan Ake – although it would almost certainly have been ruled out for offside.

At least it gave the home side some encouragement – even if City always looked a threat every time they attacked.

De Bruyne broke clear down the right and pulled back for Gundogan but this time Pope was able to save.

Guardiola’s "Three Lions" strike force of Sterling, Foden and Jack Grealish had clearly enjoyed themselves – but just after the hour he broke them up, sending on Gabriel Jesus for Foden.

The Brazilian almost got the third as he stretched to get on the end of a Sterling cross from the right but could not keep his effort down.

He then thumped a low shot against the post after great work from sub Bernardo Silva before lashing the rebound wide.

This title race is so tight it could come down to goal difference. Guardiola will hope his team do not regret not scoring more here. 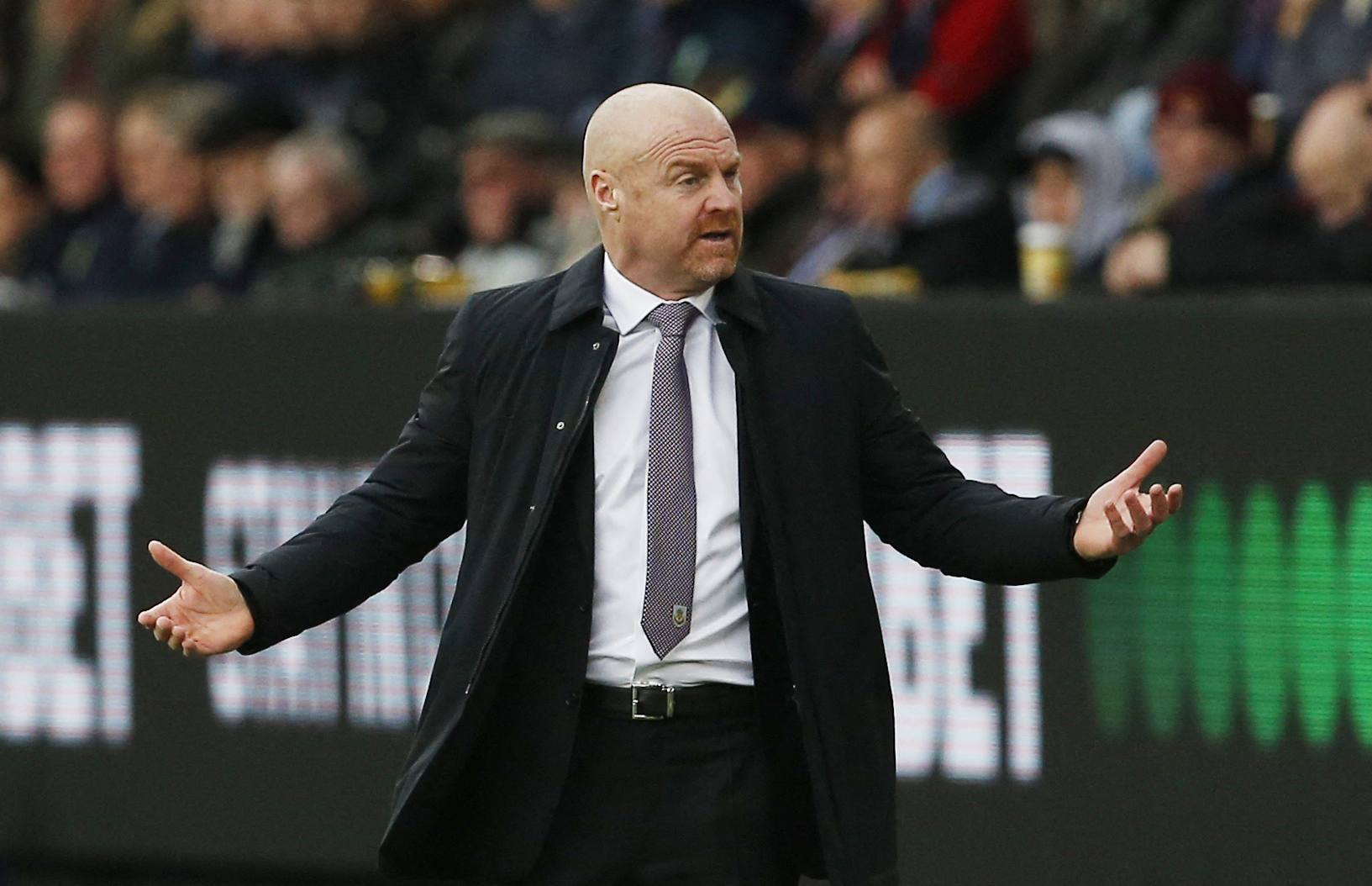