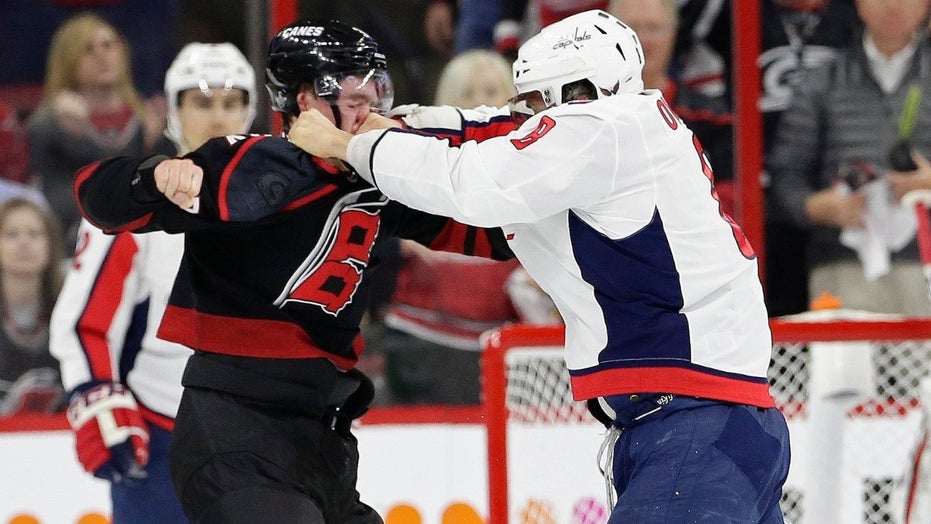 Washington Capitals superstar Alex Ovechkin dealt out a series of punches to Carolina Hurricanes rookie Andrei Svechnikov, knocking him out during the first-round playoff series in the Stanley Cup Playoffs.

Ovechkin, 33, floored Svechnikov, 19, with a right hook during a fight in the first period of Monday night’s 5-0 loss to the Hurricanes in Game 3 of the series. Ovechkin served three right jabs to Svechnikov before the rookie fell to the ice. Ovechkin, who has a 40-pound weight advantage over Svechnikov, skated over to the penalty box for a 5-minute fighting penalty.

Fighting is rare for Ovechkin who hasn’t brawled since 2010, according to HockeyFights. The scuffle marks only his fourth in his lengthy NHL career.

Svechnikov, who had two goals in his playoff debut last week, was helped to the locker room and didn’t return. That left his status unclear for Thursday’s Game 4. Less than a year ago, Svechnikov spoke about the chance of meeting Ovechkin, a player he had long looked up to.

"It's just an honor to have met with him," Svechnikov said then of meeting Ovechkin.

ters. “You don't want to see a guy get hurt or something."

Carolinas coach Rod Brind’Amour said he was “still sick to my stomach about it.”

"It's a little bit frustrating becaunse he got hurt, it's his first fight," Brind'Amour said. "He's played 90 games, he never fought in his life, I'm pretty sure Ovie knew that.

"So that stuff bothers me, because that's…," Brid'Amour said, his voice trailing off, "but it's done."