LEIGH GRIFFITHS has apologised for accidentally liking a bigoted tweet which referred to Rangers fans as a ‘dirty Orange b******s’.

The Scotland international held his hands up over the social media gaffe – then claimed it’s pathetic that it “becomes world news”. 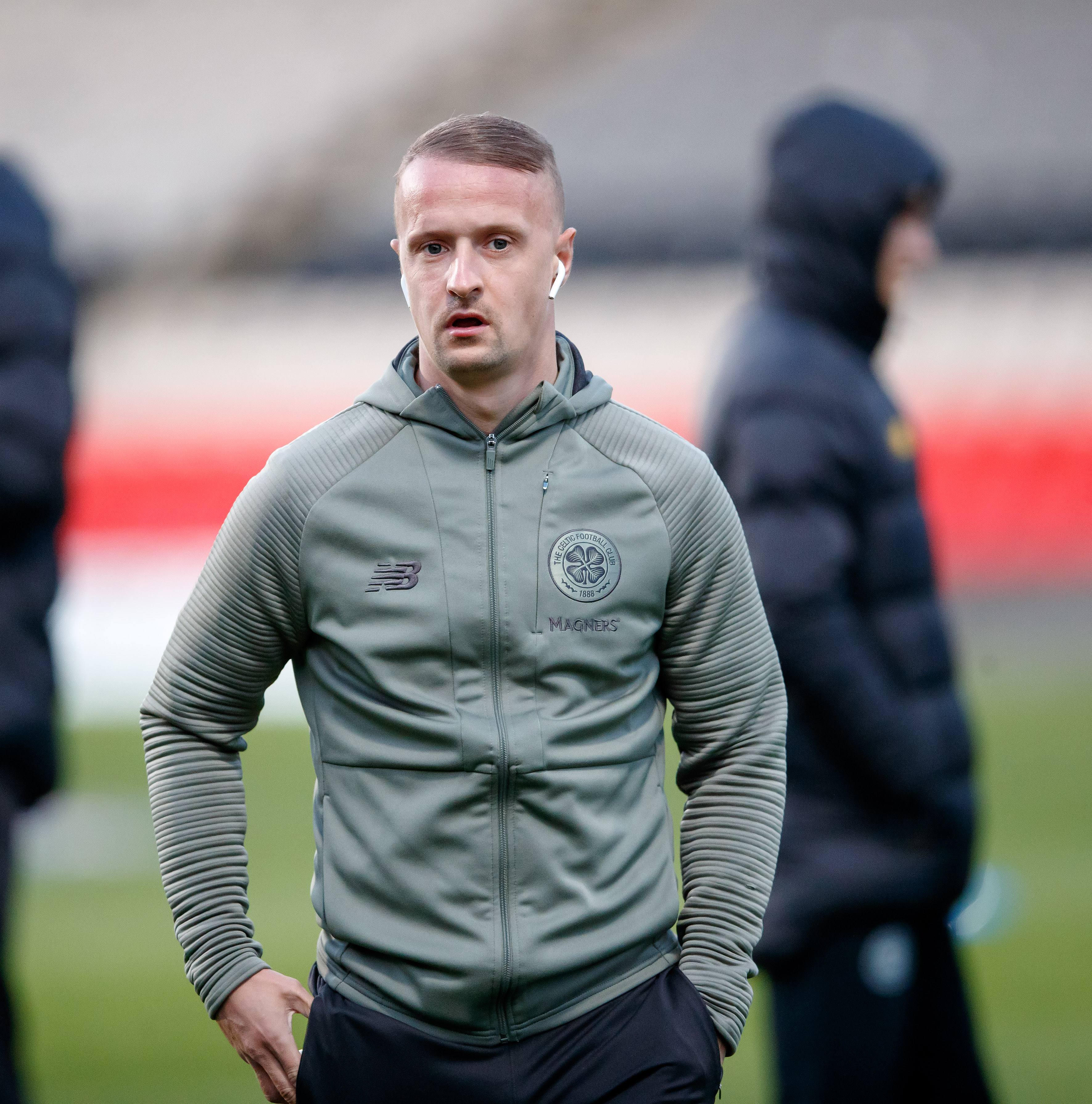 The punter mocked the Ibrox outfit by sharing a video of Rangers fans singing “Welcome to the party” earlier this season.

The footage poked fun at Steven Gerrard’s side by ending with a clip from Still Game, saying: “The party is over.”

But the tweet was captioned: "We're back timmy, 55 is happening! Tell everyc**t you meet, the teddy's are back!!! 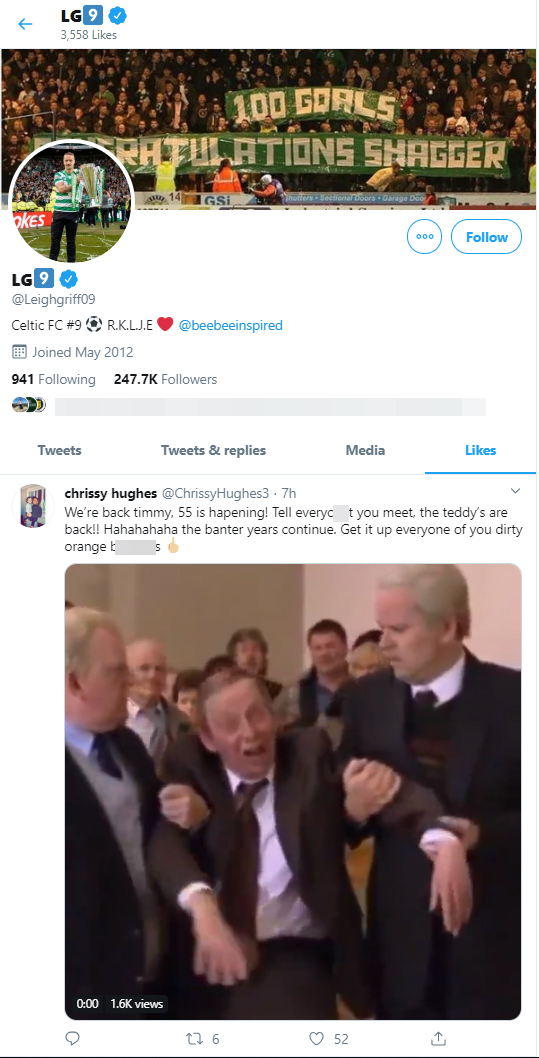 "Hahahahaha the banter years continue. Get it up everyone of you dirty orange b******s."

However, former Hibs and Wolves frontman Griffiths has now made a public apology on Twitter.

He tweeted: "So you press something by mistake then fix it …and it still becomes world news. Pathetic.

"Wasn’t event aware of it until someone told me. Sorry for the error."

Griffiths starred last night as the Hoops battered Hearts 5-0 at Parkhead to move ten points clear of Rangers in the title race.

Anti-sectarian charity Nil By Mouth said: "When it comes to Scottish Football Twitter is becoming an idiots lantern as we see individuals post abusive and sectarian content in a race to the bottom with other morons.

"When we see something like this the button to press is ‘block’ not ‘like’ and clubs need to ensure players know that."