Charlie Silvera caught for six World Series championship teams with the Yankees, but on most game days he was out of sight.

He was a good hitter, he was capable enough behind the plate, and he had a strong arm. But he spent most of his time crouching in the bullpen to warm up relievers, his chances of playing regularly having fallen victim to an insurmountable obstacle: Yogi Berra.

Silvera, who died on Saturday at 94 at his home in Millbrae, Calif., in the San Francisco Bay Area, was the Yankees’ seldom-used No. 2 catcher during their dynasty of the 1950s, best known for his good fortune in cashing World Series checks.

“I’m in the bullpen Hall of Fame,” he told The San Francisco Chronicle in 2008. “With those World Series checks, I didn’t have to work in the winter.”

“I’d catch almost every game of the season, including doubleheaders,” Berra recalled in his 2001 philosophical treatise, “When You Come to a Fork in the Road, Take It!,” written with Dave Kaplan. “He’d break in a new glove for me and lug equipment and still not complain.” 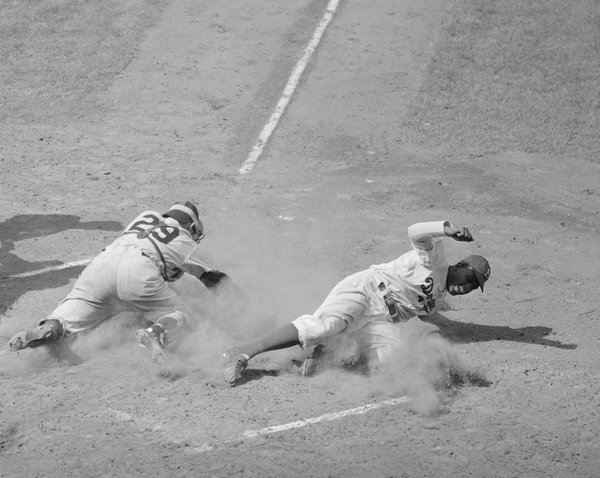 Silvera was the last survivor among the 12 players who appeared with all five Yankee World Series-winning teams from 1949 to 1953, among them Berra, who died in 2015 at 90. He also pocketed a loser’s share when the Brooklyn Dodgers triumphed over the Yankees in October 1955. (The Yankees beat Brooklyn the next year.)

Silvera played in only one World Series game: He substituted for Berra, who had a sore hand, in Game 2 of the 1949 Series and went 0 for 2 against the Dodgers. But he did have a few memorable moments apart from that cameo role.

The souvenirs at Silvera’s home included the baseball he hit for the only home run of his major league career, a drive over the low left-field wall at Yankee Stadium against the Washington Senators on July 4, 1951.

And he often reminisced about warming up Don Larsen before Larsen’s perfect game in the 1956 World Series.

Not surprisingly, Silvera didn’t see the pitch Larsen threw for the 27th and final out, a strikeout of the Dodger pinch-hitter Dale Mitchell. He was busy in the Yankee bullpen in right field, warming up Whitey Ford for possible relief duty.

Silvera played in only 227 games over nine years with the Yankees and a final season with the Chicago Cubs. He had 482 career at-bats, fewer than Berra had in any of his seasons during Silvera’s Yankee years, except when he was hurt in 1949.

But Silvera wasn’t the least-used Yankee catcher of his time. Ralph Houk, the team’s future World Series-winning manager and general manager, was the No. 3 catcher from 1947 to 1954, appearing in only 91 games.

Charles Anthony Ryan Silvera was born in San Francisco on Oct. 13, 1924, to Victor and May (Ryan) Silvera. His father, who owned a pear ranch, was of Portuguese descent; his mother’s heritage was Irish.

He was signed by the Yankees in 1942 after playing sandlot baseball with Bobby Brown and Jerry Coleman, his future teammates on World Series championship teams.

Silvera played baseball on an Army Air Forces team during World War II, spent three years in the minors, then made his Yankee debut in September 1948.

Silvera was traded to the Cubs after the 1956 season, played briefly for them in 1957, then retired. He had a .282 career batting average.

Silvera’s death was announced by his wife, Rose (Goytan) Silvera. He is also survived by his daughters, Charleen Silvera and Susan Dunn; a grandson; and a great-grandson. His son, John, died in 2013.

After his playing days, Silvera was a coach for Billy Martin, his former Yankee teammate, when Martin managed the Minnesota Twins, the Detroit Tigers and the Texas Rangers. His coaching career ended in the middle of the 1975 season, when Martin was let go by the Rangers and embarked on his first managing stint with the Yankees, Silvera was let go as well. He later scouted for several teams, including the Cubs.

Silvera received his share of ribbing for being something of an October spectator, five times against the Dodgers, and one Series apiece versus the Philadelphia Phillies (1950) and the New York Giants (1951). But as he once told The Oakland Tribune, he was hardly offended.

“The opposition would call me ‘Jesse James, the payroll bandit.’ I’d tell them, ‘Go ahead and give it to me, but Yogi Berra tips me more than you make.’”