From performing a perfect rising trot at the tender age of two, to riding alongside her idols and setting the standard for others to follow, Charlotte DuJardin talks Judy Murray through her career in the latest episode of Sky Sports’ Driving Force.

Across the course of the series, Driving Force provides a platform for some of sport’s most successful athletes to tell their stories in their own words. The series allows Murray to find out about the moments, and personality traits, that define them as athletes and as people.

DuJardin’s episode follows on from Dina Asher-Smith, Natasha Jonas and Steph Houghton. Still to come are the stories of Rebecca Adlington, Dame Sarah Storey and Dame Kelly Holmes, to name but a few.

In sport, there are some who are just born to succeed. These are the individuals who have, not only the talent for a particular discipline but a work ethic and determination which eclipses others around them.

For DuJardin, her natural talent when it came to the world of equestrianism, was clear at a very young age. With a mother who competed, she grew up around horses and as a two-year-old would scream in frustration when she was taken off a horse. 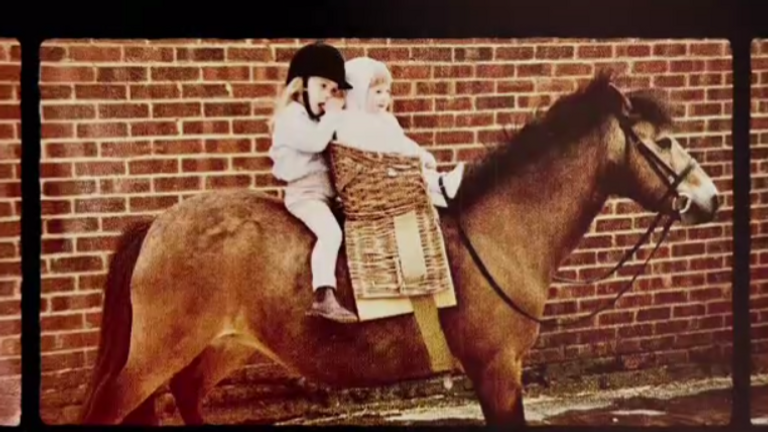 As she grew up, the fact that her sister also rode ignited a competitive flame inside DuJardin.

“When I got to the age where I could compete against my sister, I started to beat her and she didn’t like that at all,” she said with a smile. “She actually ended up giving up riding and I carried on.”

“We never had a lot of money, as kids we always had to buy ‘naughty ponies’ because they were the cheapest,” she recalled. “We would compete them, make them worth a bit of money, sell them and go again.

“My mum wasn’t ever one to do everything for us, we had to work. We had to get up before school and muck up the ponies, do them after school and do all of the day-to-day duties as well.”

DuJardin’s combination of talent and determination, led her to an event which would become a seminal moment in her life, and indeed in her career. It was a World Class Selection event in 2007 and one that was attended by her “idol”, Carl Hester.

Hester, who is 18 years DuJardin’s senior, was there to look at talented combinations of horse and riders. His aim was to help spot those who had ‘Olympic potential’.

DuJardin attended with her horse Fernandez and the selectors asked Hester to try out Fernandez, to find out more about the six-year-old.

“After, I rang my mum and told her that I wasn’t ever going to clean my saddle again because Carl had sat in it,” she said.

Hester’s feedback about Fernandez and DuJardin was positive; he felt that Fernandez could be a Grand Prix horse and that DuJardin also had real potential herself. For the aspiring DuJardin, the experience of meeting Hester and having him ride her horse, was almost overwhelming. However, her mother encouraged her to reconnect with Hester after the event day and ask him for assistance.

“She pushed me and pushed me,” Hester said. “In those days I was still competing quite heavily myself, and that was my main focus. However, an opportunity came up, because when you have staff at Christmas, everyone wants to go home.

“So, I rang Charlotte and asked if she wanted to do a couple of weeks [at the yard]…”

At the time, neither had any idea that a couple of weeks of work would actually extend out to 14 years and counting…

In the beginning, DuJardin remembered being star-struck by Hester and just being incredibly grateful for the opportunities that he was giving her.

“He was my idol. I struggled to even talk to him at first. I felt like I was in a dream,” she said.

“He just put me on all of his top horses, so I was riding his top Grand Prix horses, and just felt that I was the luckiest girl alive. At most yards, you just work hard and you don’t get to ride for years.

“Instead, he was putting me on his horses to learn. I was like a sponge. I thought that this was my chance to live the dream that I wanted to do…” 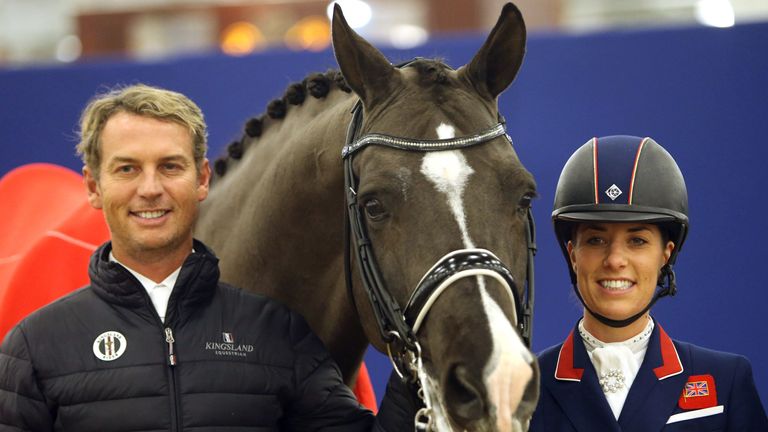 It was at Hester’s yard where DuJardin met Valegro or ‘Blueberry’ as he’s known. He was one of the horses that Hester had competed with already and DuJardin remembers Blueberry being the talk of the town.

“It’s like when you make a connection with a person,” she said. “I remember thinking, that Blueberry was everything I wanted and was ‘me’ all over.

“Then when I rode him, the only way to describe it is when you get in a car, a really fancy one like an Aston Martin, and you put your foot down! I’d never experienced anything like it in my life, it was just the power that he had.”

The journey that Blueberry and DuJardin then went on together, is one that will be studied by budding equestrian champions for years to come. YouTube clips of their performances will be poured over for hours and DuJardin’s nuggets of wisdom will be written down and replicated wherever possible.

As the episode of Driving Force continues, DuJardin talks more about how her relationship with her mentor evolved, and how Hester’s belief in her fuelled her own performance.

She shares what it felt like to compete on the greatest stage of them all, at a home Olympic Games, and talks about the vital importance of having a trusted team around you.

Watch the full episode of Driving Force with Charlotte DuJardin on Monday at 9pm on Sky Sports Mix. It will also be available On Demand via Sky and NOW TV.