THIS YEAR'S Premier League title race is so tight that it could be decided by one chance falling either side of a goal post, according to Maurizio Sarri. 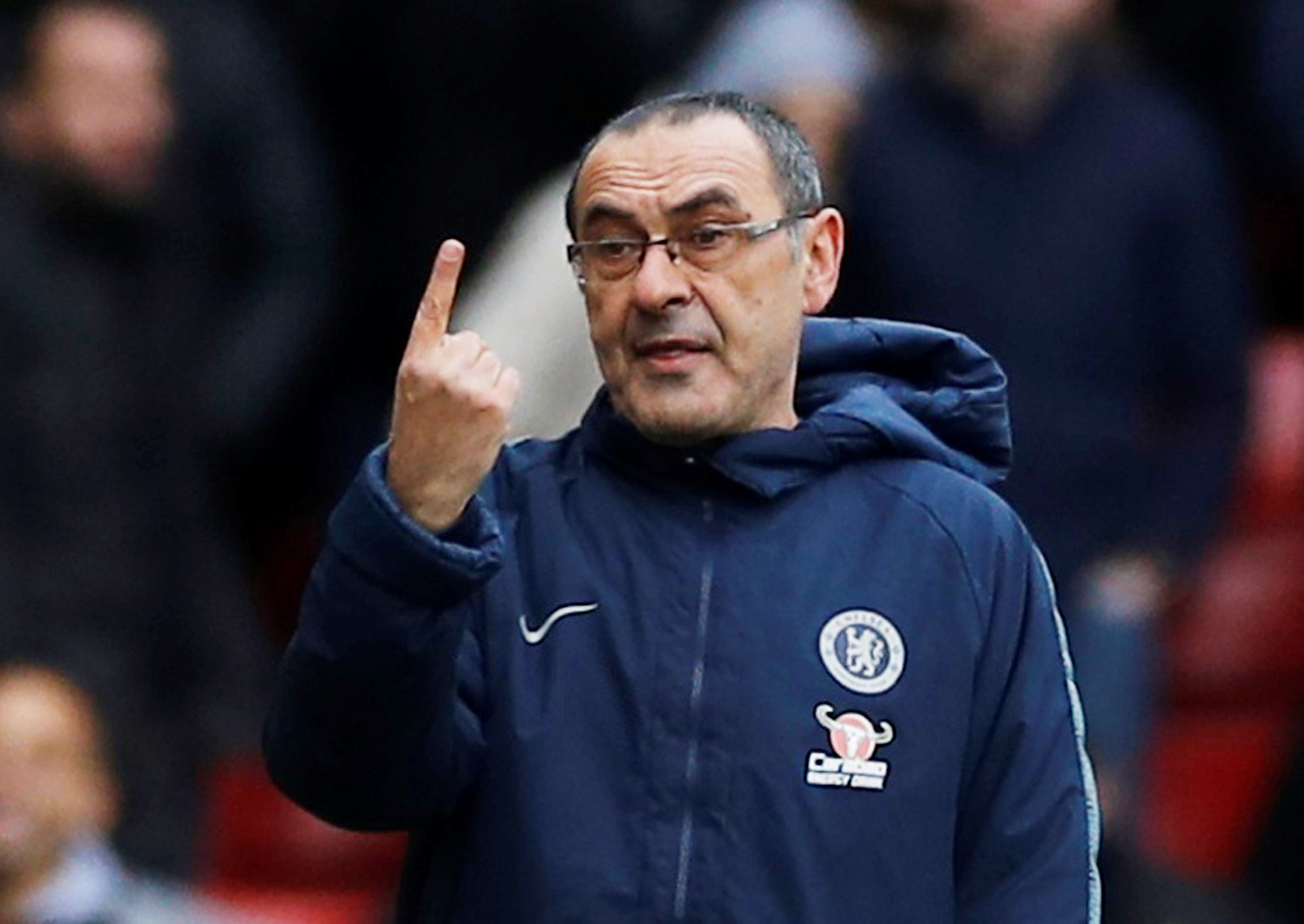 The Blues had a number of chances after Liverpool scored through Sadio Mane and Mohamed Salah, and yet Eden Hazard turned the best opening against the woodwork.

"It’s so close. The difference will be one or two points, no more."

There are just a handful of games left in the Premier League and both contenders are also in with a shout in the Champions League.

While Liverpool are expected to face a relatively comfortable trip to Porto, off the back of a 2-0 first leg win, Pep Guardiola's side are tasked with overturning Tottenham's one-goal lead.

NINE IN A ROW

City are nonetheless in incredible domestic form, beating Crystal Palace 2-1 in the early kick-off on Sunday, their ninth league win in a row.

That upped the pressure on Liverpool's game with Chelsea but a quickfire double at the start of the second-half did the damage.

Despite the unstoppable nature of Salah's long-range rocket, Sarri was unhappy with referee Michael Oliver for Mane's opener.

"In my opinion, there was a foul on Emerson," the Italian stated.

"I think that the level in the Premier League is the best in the world – but not for the referees.

"I don't know, maybe the referee was right."