The 18-year-old is subject to interest from Bayern Munich, who have had multiple bids turned down for the winger. 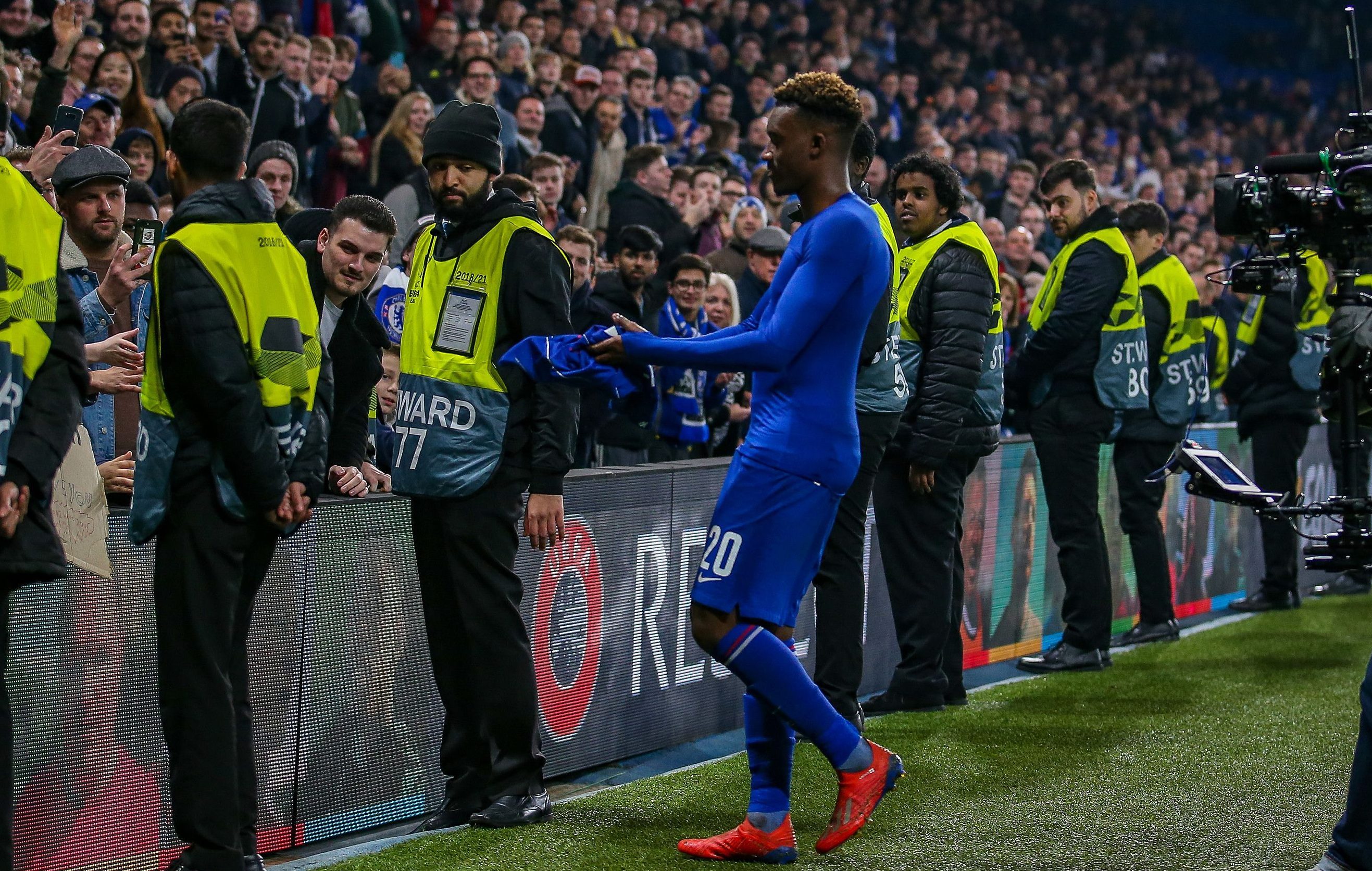 Hudson-Odoi is unwilling to sign a new contract at Stamford Bridge due to having few guarantees over future appearances.

Maurizio Sarri has reacted by continuing to ostracise the England youth international.

His start in the Europa League last-32 second leg against Malmo was just his seventh of the season.

But he responded in ideal fashion with the third goal in a comfortable 3-0 win. 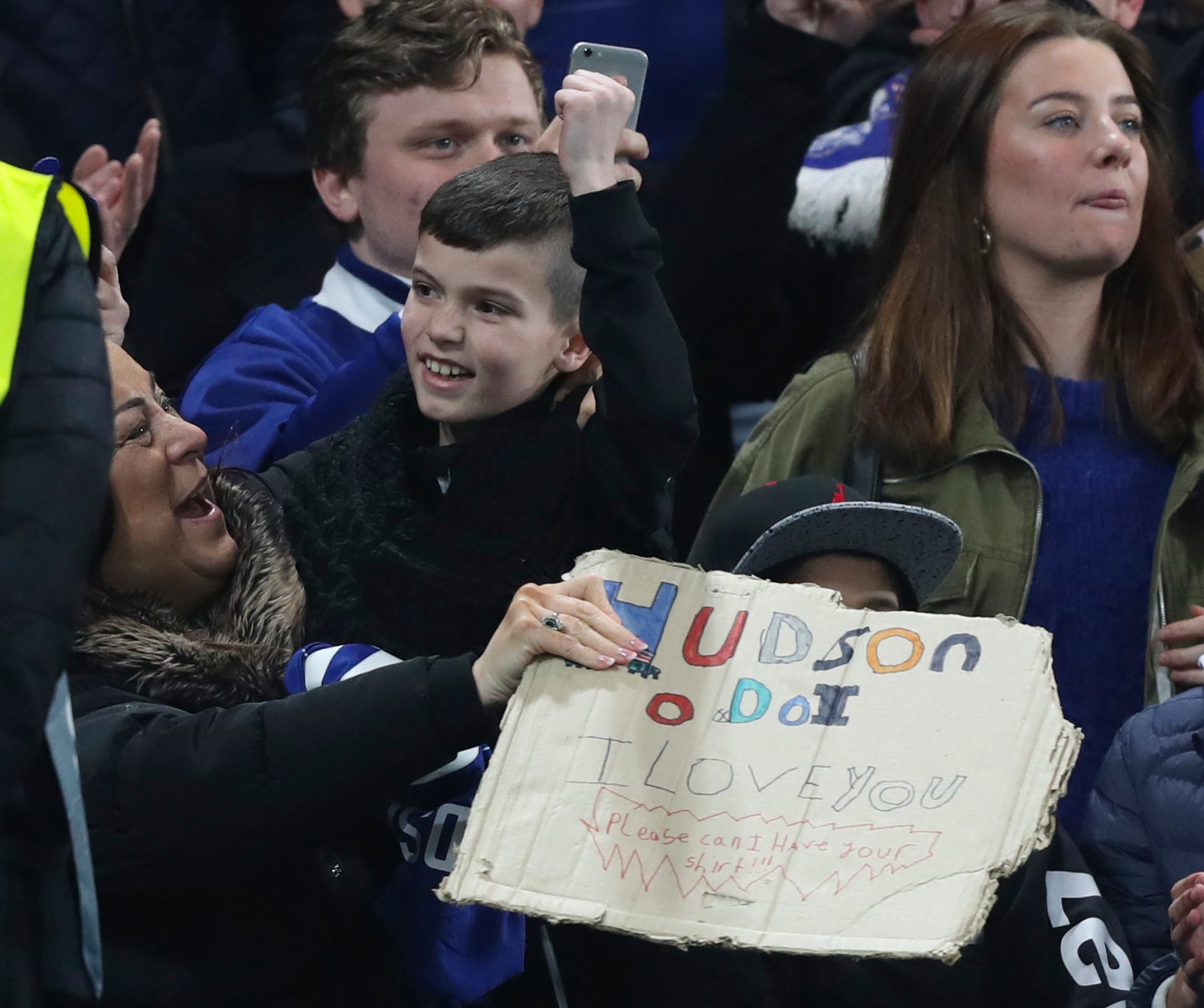 The Under-17 World Cup winner rounded off a fine evening with a noble gesture, handing his match jersey to a young fan.

Hudson-Odoi made his way over to the Matthew Harding Stand to respond to a placard made by the youngster which asked for the shirt.

The Blues star naturally obliged, much to the delight of the child and his mother.

And other followers couldn't help but react to the act on Reddit. Deuce added: "His mom is more excited than he is."

On the current transfer tug-of-war between Chelsea and Bayern, iKSv2 stated: "Although there's some sour taste between him and us, don't think anyone would remember it once he signs, if he signs new contract."

But having only played 74 minutes in the Premier League this season, Toothache79 insisted: "The kid has every right to hand in a transfer request and pursue a career elsewhere."