The England midfielder has struggled with muscular dorsal issues since he was 17, made worse by a big curve in his back’s lower region. 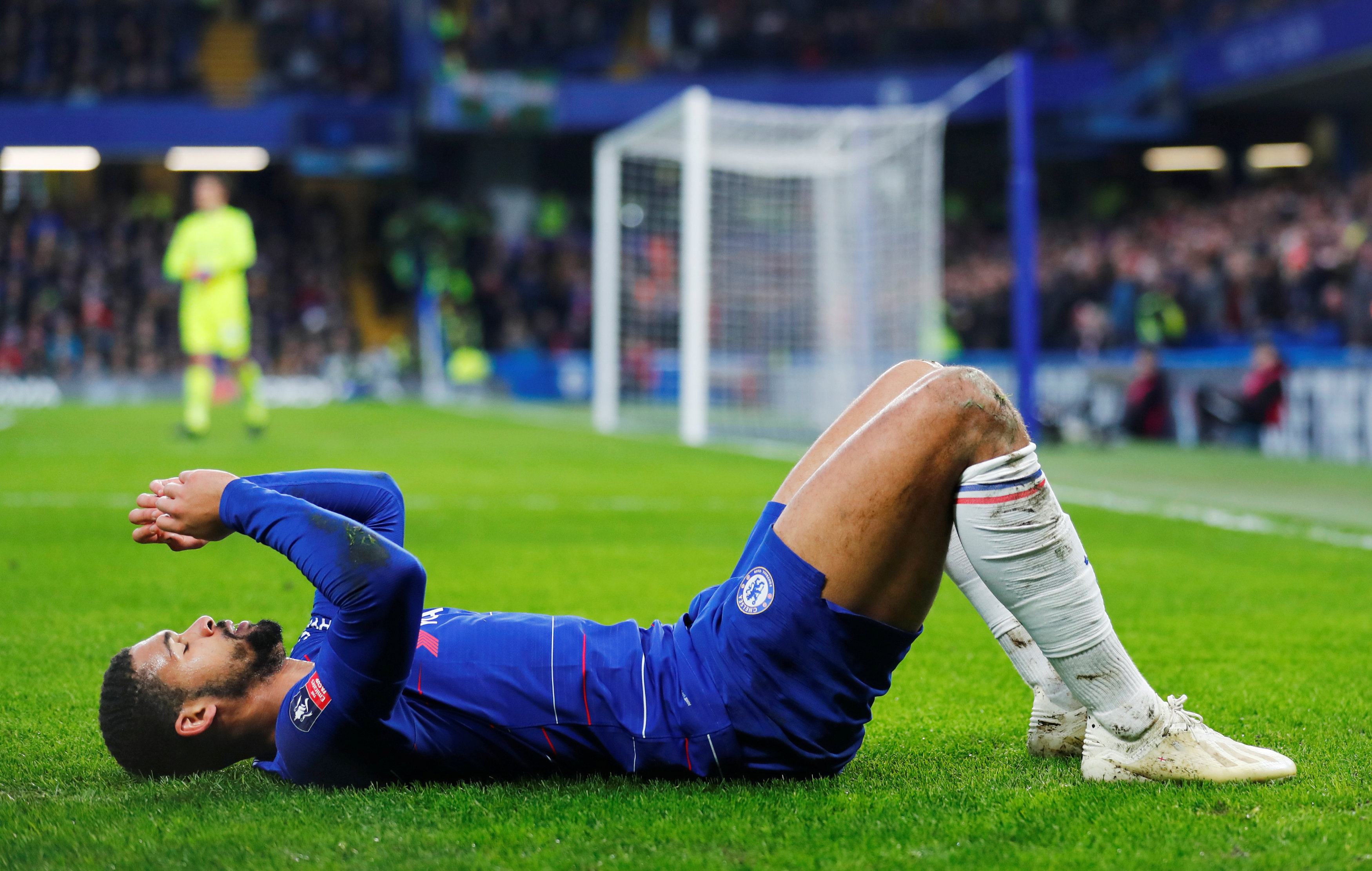 It has impacted his season and forced him off in the first half of January’s 2-0 win over Nottingham Forest in the FA Cup.

The 6ft4ins ace is yet to start a game since, making his latest sub appearance for the final half an hour of Thursday night’s 3-0 Europa League victory over Dynamo Kiev.

Loftus-Cheek, 23, said: “I do have problems with my back but I feel like now I am working with the physios, I think we have nailed it.

“It’s been a tough couple of years with it, coming at the wrong time. Hopefully we have got a routine to manage it now.” 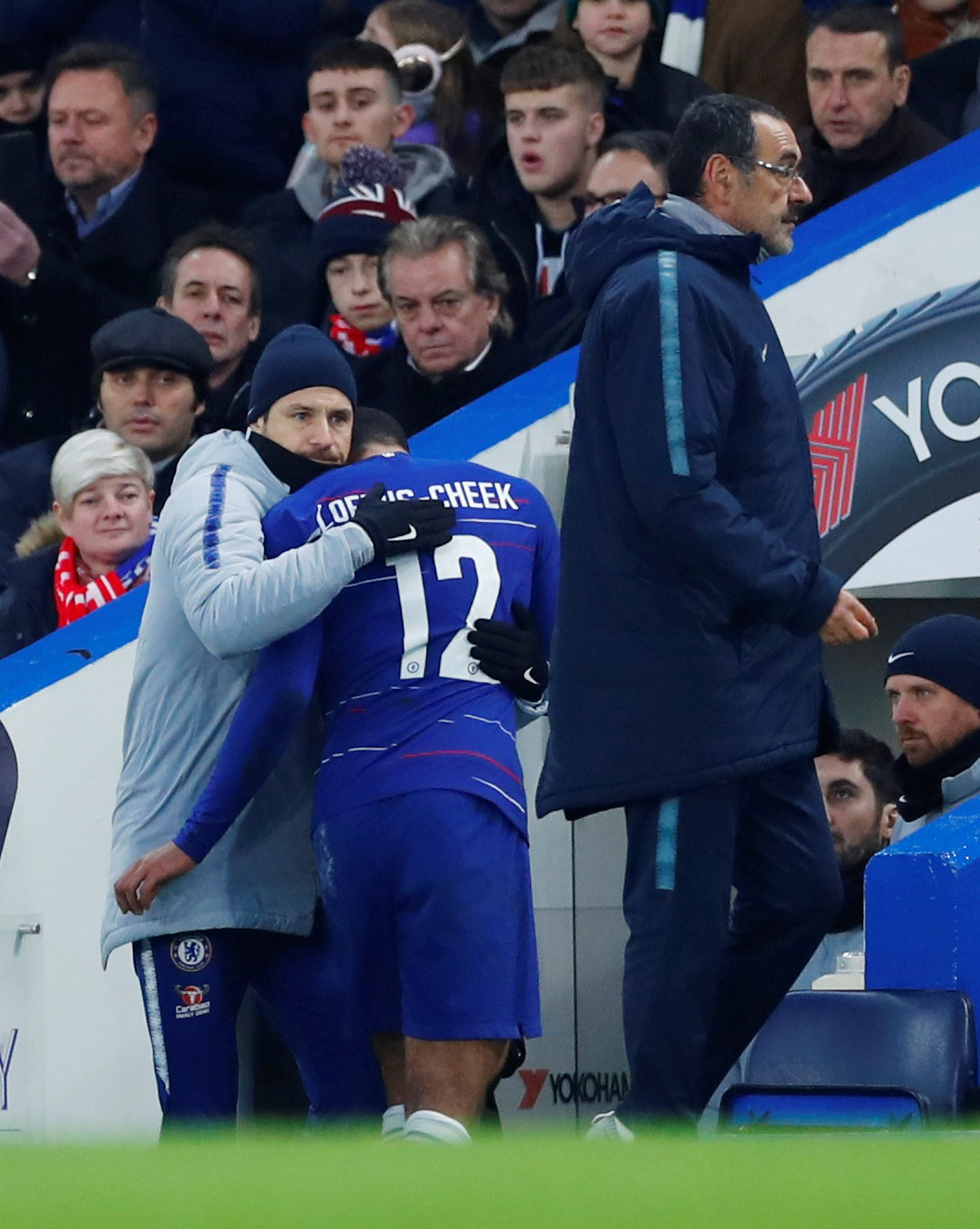 RLC is conscious that he has said before that he is over his back problems, only for them to flare up again.

He was playing regularly and performing well before picking up the injury against Forest, so is wary not to force the issue.

The ex-Palace loanee explained: “I was doing well (in January), playing every game, even if it was 90 minutes in a Europa League game and then 30 in the Premier League.

“I wanted to carry on that momentum. But the back problem came again.

“I tried to push through it and manage it, to keep going, but it was one of those ones where if I’d carried on, I would have done more damage.

“I was distraught going down the tunnel (against Forest). I knew I just had to wait to get it right.

“I can’t force anything now. I will just do my best to get fit by training and pushing hard and show what I can do with my fitness to the boss (Maurizio Sarri).”

Loftus-Cheek grabbed an assist after coming on against Kiev, teeing up fellow sub Callum Hudson-Odoi to make it 3-0 at the death.

Hudson-Odoi’s future remains up in the air with his contract running out at the end of next season.

The 18-year-old put in a transfer request in January amid several bids from Bayern Munich, but Chelsea managed to keep hold of him.

Like Hudson-Odoi, Loftus-Cheek has come through the academy ranks at Stamford Bridge and the powerhouse midfielder has been advising patience to the whizkid.

RLC explained: “I know what he is going through, having been at that age in the first team as well.

“He is such a good kid and seeing him do so well I’m really happy for him. To give him that assist felt good.

“I think he is doing so well now, he just wants to play. He is young, fresh, has that momentum.

“He is scoring so when he doesn’t start and feels he should, it’s part of the game.

“I’ve told him ‘you’re at a big club, you’re young, just keep your head focused and keep doing what you’re doing’, like he did against Dynamo.”

Chelsea’s season was looking disastrous when they were hammered 4-0 by Bournemouth in January and 6-0 by Manchester City last month.

They then had the embarrassing incident where Kepa refused to come off in the Carabao Cup final.

But suddenly Sarri’s side look favourites to win the Europa League, which would land them a spot in the Champions League, while a place in the top four is in their own hands.

Loftus-Cheek added: “We have had some ups and downs, but one thing we have done is stuck together.

“After the big loss against Bournemouth and Manchester City, things could have fallen apart.

“But we kept it together in the changing room, stayed tight, stayed as a group, stayed as one. We lost together and won together.

“We have come through it now. We are feeling strong as a group and have bounced back from those times. We are doing well at the minute and want to keep that momentum going.”