And come out the other side. 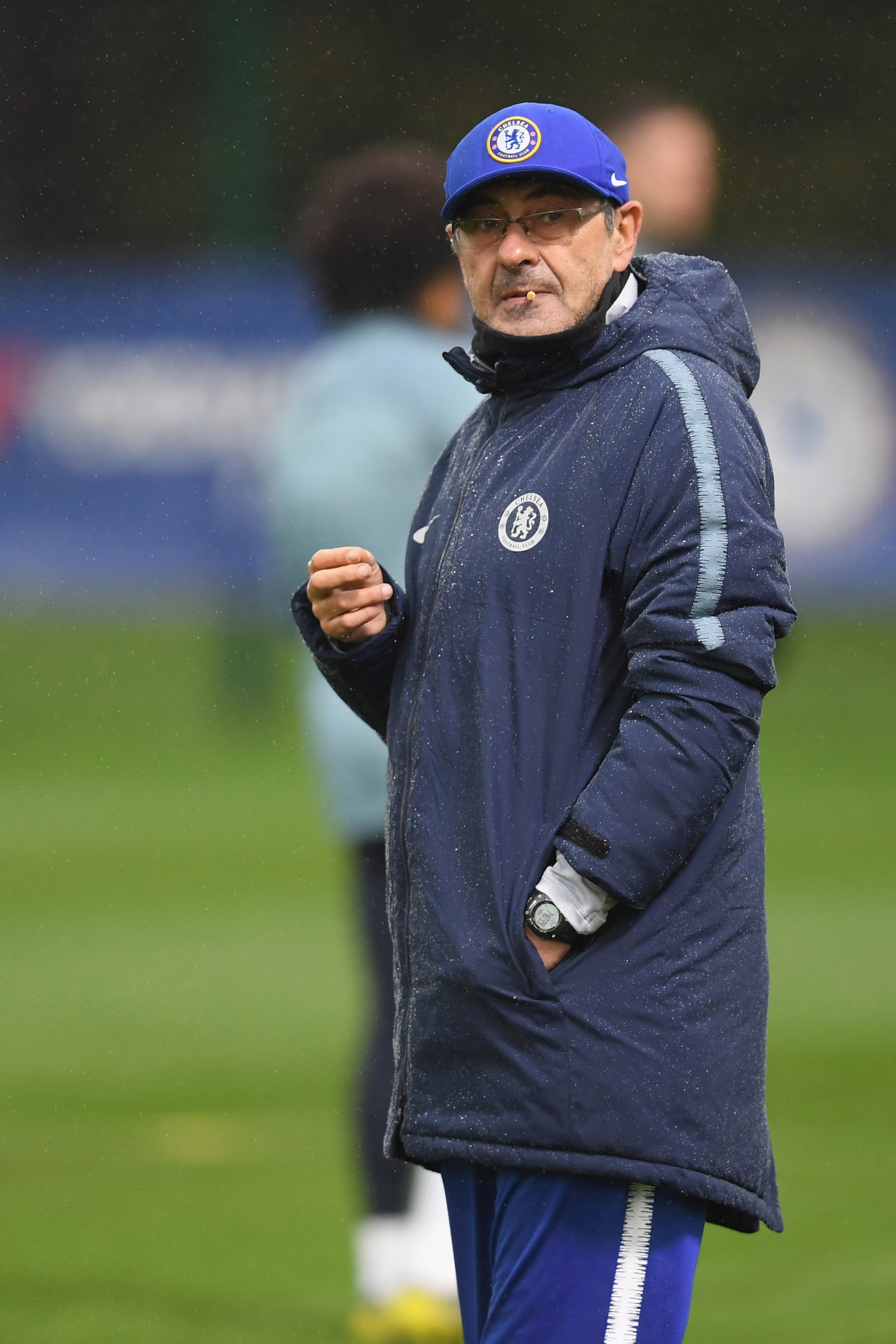 Just a couple of weeks ago, Sarri looked doomed.

Jeered by his own fans with their terse “F*** Sarriball!” chant during the Manchester United FA Cup reverse, it was more than a little messy.

Surviving the Kepa Wembley debacle was a feat for the Italian, while back to back wins over Spurs and Fulham since then have lifted the imminent danger of the sack.

The trouble with Chelsea, though, is that any manager is only one defeat away from a potential crisis.

And with the Blues currently – albeit with a game in hand – standing in sixth place in the Premier League table, Sarri knows that the pressure will be cranked up all over again if something goes wrong against Dynamo Kiev.

The Italian sought, slightly unconvincingly, to portray an image of a club that is settled.

He even talked about engaging with the board over pre-season plans.

Then again, Antonio Conte was still in charge of the club until barely a week before they set off for Australia last July. His conversations about the pre-season games did not exactly help him survive.

While Chelsea still have a top four finish in their own hands – although they still have to travel to Old Trafford and Anfield – the Europa League might be the easiest route back into the Champions League elite.

Kiev have spent much of the past decade in the shadow of Shakhtar Donetsk, and are again seven points in arrears this term.

But they topped their group – ahead of Arsenal’s last 16 opponents Rennes – losing just once in six games.

And they showed backbone to draw at Olympiacos last month before finishing the job off in the cavernous bowl of the Olympic Stadium, likely to be full to most of its 70,000 capacity if the tie is still in the melting pot next week.

Sarri also has to rotate his resources as he maintains a twin track to the end of the season.

That seems likely to mean a recall for David Luiz, left out at Fulham, with possible changes elsewhere and Willy Caballero in goal.

Stamford Bridge will expect to see a composed and comprehensive performance, with the magic dust sprinkled by Eden Hazard.

Anything less, though, and there will be grumbles again.

Sarri, like so many Chelsea managers before him, is beginning to realise the magnitude of demands at the club.

They are, as ever, hard to deal with.

The only way to survive is to win, win, and win again. And even that only keeps you in the job for so long.