ROMELU LUKAKU and Kai Havertz have played EXACTLY the same amount of minutes as each other this season.

Neither have established themselves as Chelsea's first choice striker, with boss Thomas Tuchel dropping Lukaku for Tuesday's win over Lille. 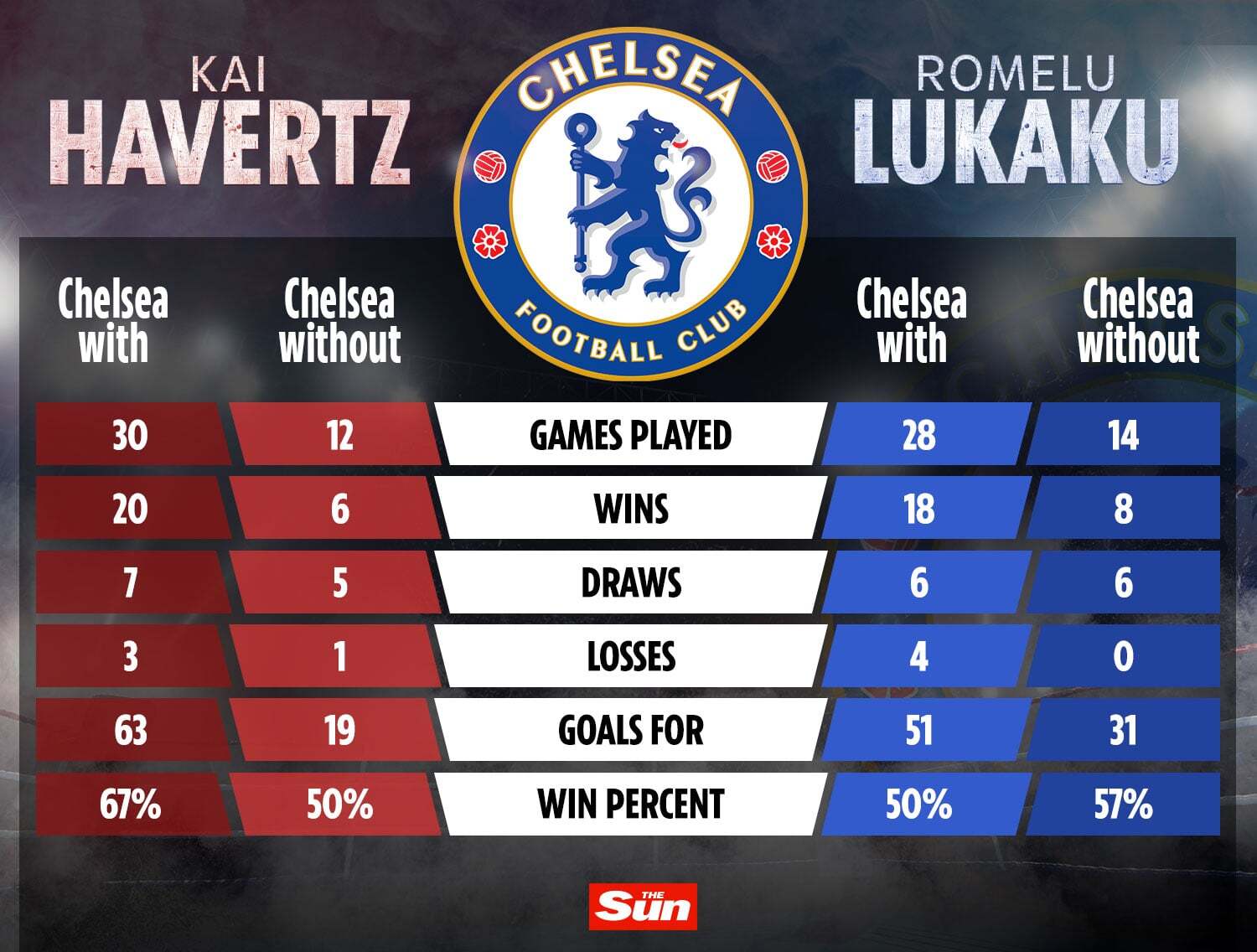 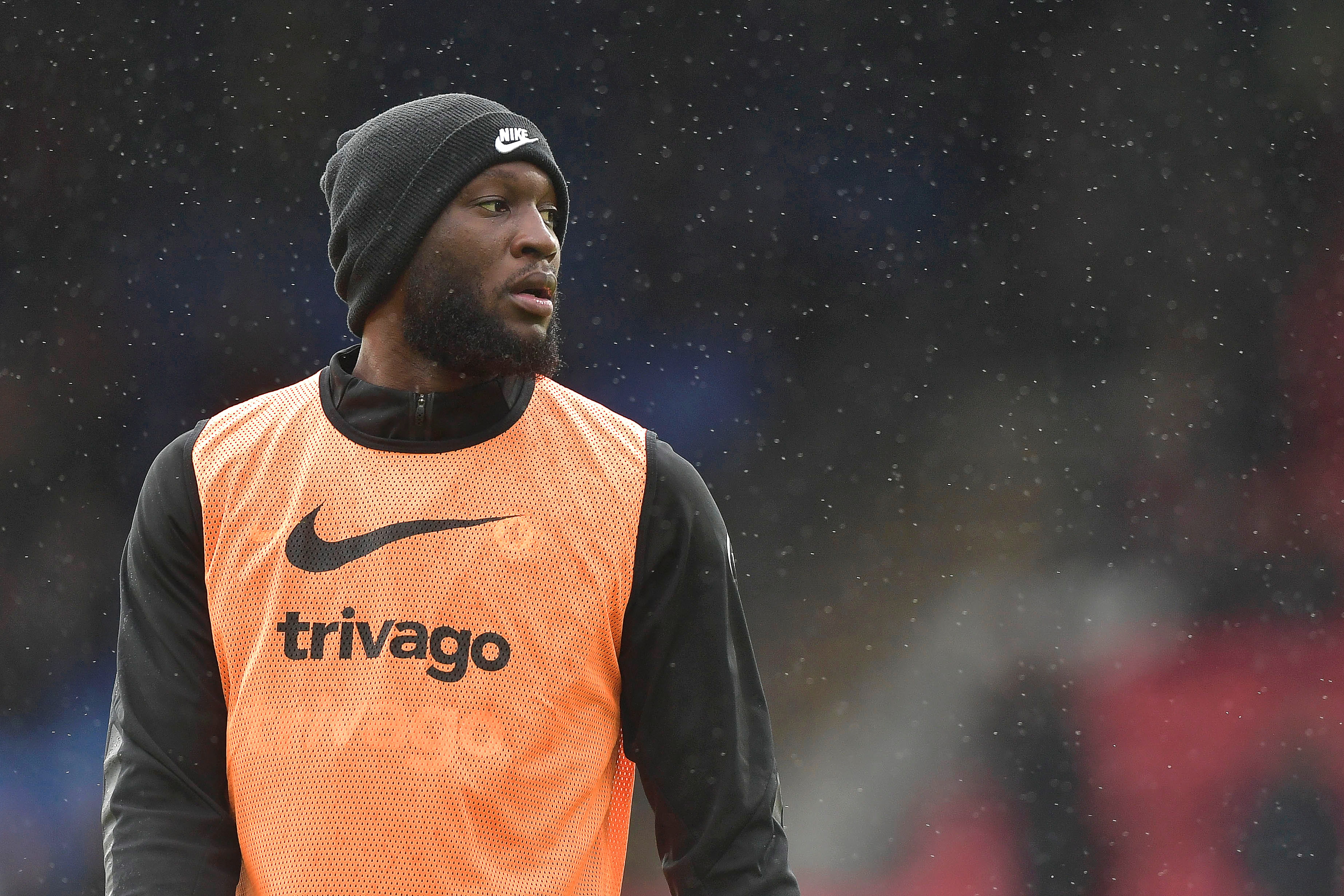 But the stats from this campaign suggest Chelsea miss the on-field presence of Havertz more than they miss Lukaku.

That's despite a mammoth £97.5million being shelled out on the Belgian in the summer.

Although Havertz's £70m fee from Bayer Leverkusen isn't too far behind.

The pair play in different roles, with Havertz occupying more of a 'false nine' position, whereas Lukaku is a more traditional out-and-out striker.

But without Lukaku in the team the Blues are UNBEATEN this season.

They also have a 57 percent win percentage without the Belgian, compared to just 50 percent without Havertz.

And without Havertz they have only netted 19 goals, compared to a whopping 31 goals scored without Lukaku in the line up.

Then with Havertz in the team Chelsea have managed to find the back 63 times.

But with Lukaku on the pitch that dramatically drops to just 51 goals scored.

The pair have both played 1,981 minutes of action this campaign, with Lukaku scoring ten goals compared to Havertz's seven. 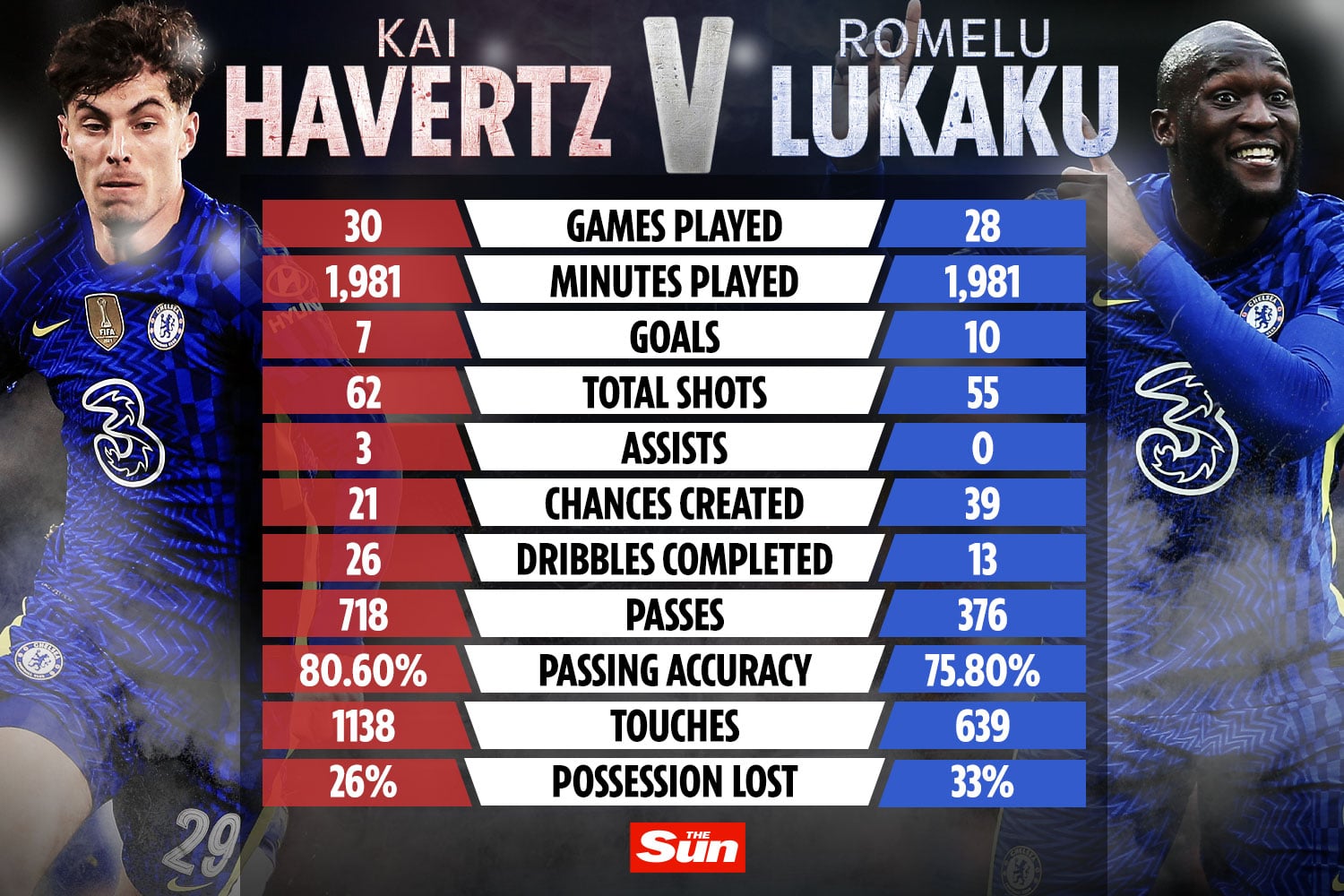 Lukaku has also scored more goals from fewer attempts – with his ten goals coming from 55 total shots, seven fewer than that of his team-mate.

He has also created more chances this season than the German – 39 for Lukaku compared to 21 for Havertz.

Havertz though is more of a provider for other players on the pitch, and has contributed three assists so far this season.

Lukaku on the other hand is yet to set-up a team-mate to score, which reinforces Havertz's role as more of a 'false nine'.

The German has managed 1138 touches of the ball this season, compared to just 639 for Lukaku.

But in that time he's still lost possession less than his Belgian team-mate.

Havertz has also completed twice as many dribbles as Lukaku, and almost twice as many passes too – 718 compared to just 376 for Lukaku.

Overall the stats suggest Tuchel was right to drop the £97.5m man against Lille.

Although Havertz's seven goal return is hardly the figure expected for a striker leading the line for a team vying to defend their Champions League crown.