Flooring Porter can add his name to an illustrious list who have won the Paddy Power Stayers’ Hurdle on more than one occasion.

Gavin Cromwell’s seven-year-old is winless in his last three outings, but it is hard to forget his dominance of 12 months ago.

Last year he was allowed to dominate from the front and was given an excellent ride by Danny Mullins, and the pair may have been allowed an easy time of it given they were slightly unconsidered.

But a theme of his performance was his incredibly slick jumping and if he can repeat that on slightly quicker ground, then he is the one to beat again.

In his three subsequent runs, he can be excused for being over the top at Punchestown, where he was also unsuited by going right handed, he fell on his return to action at Navan when looking the likely winner and ran with credit at Leopardstown. 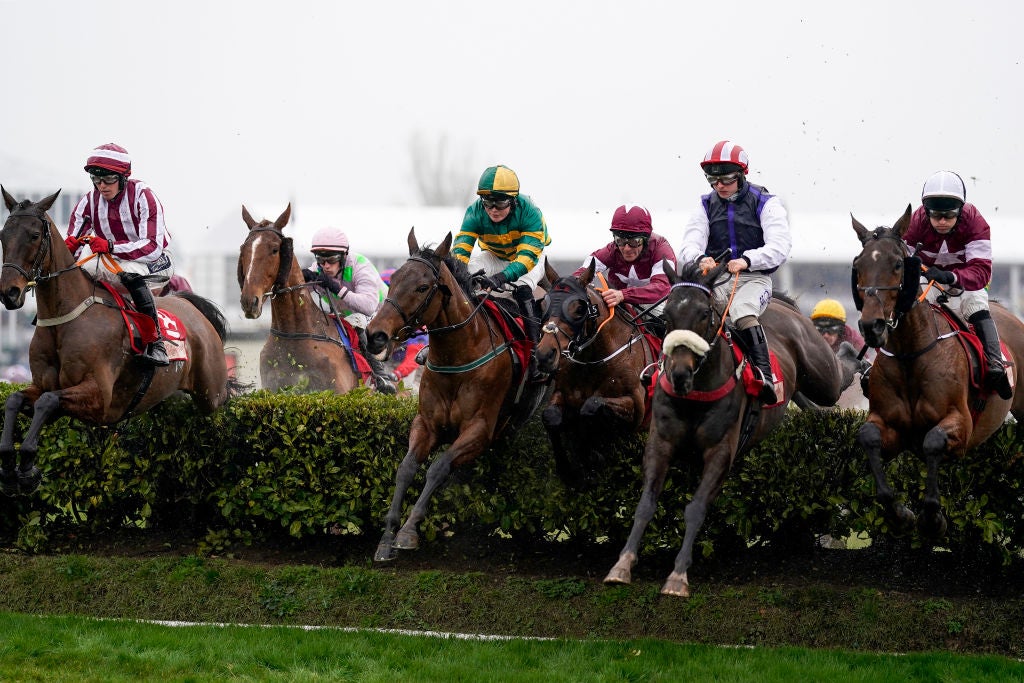 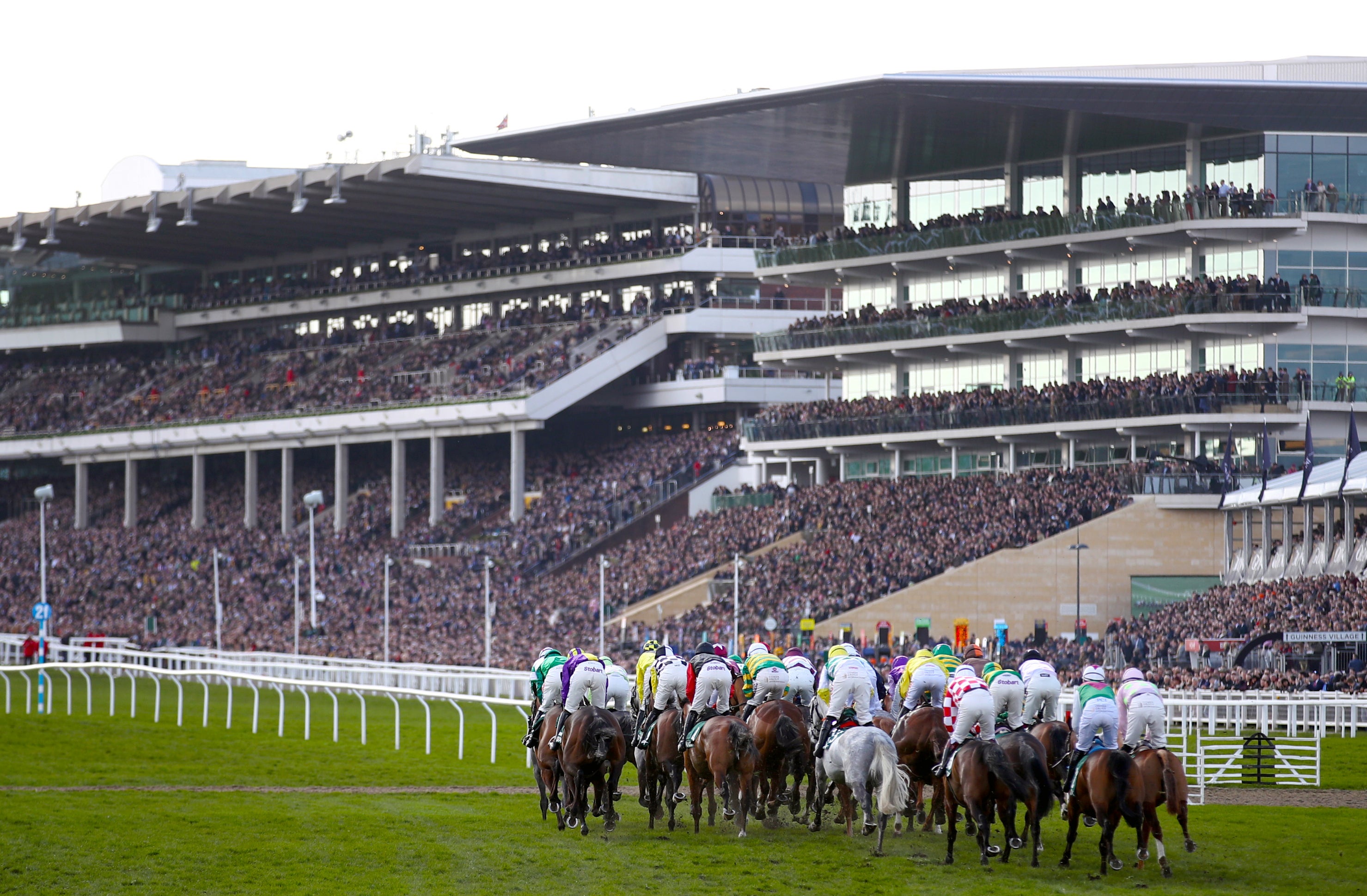 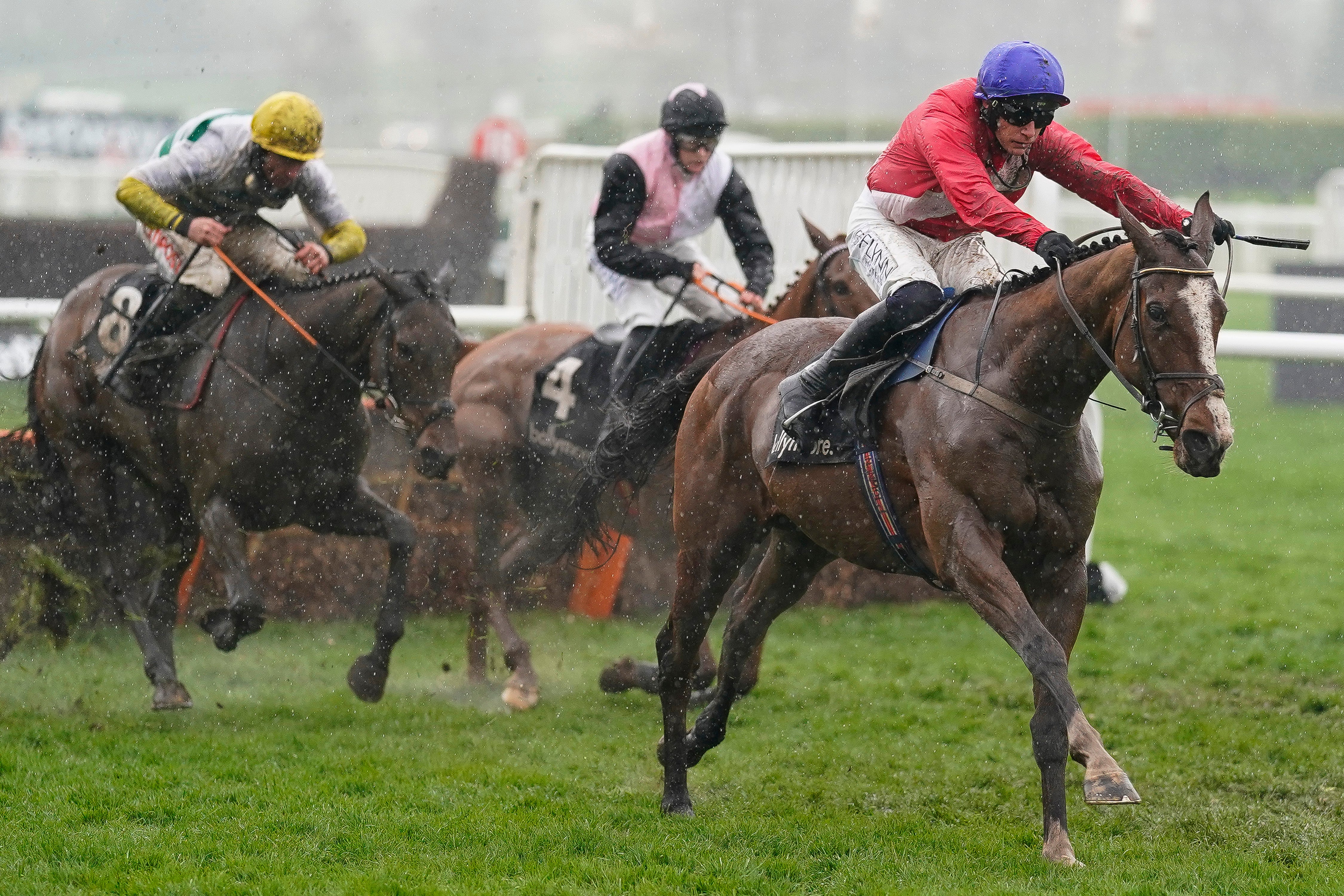 That day his plan to make all was thrown into disarray at the start when Klassical Dream stole a march on his rivals, grabbing a five-length lead which meant Flooring Porter was never get back on terms.

Cromwell has kept his charge fresh, while Klassical Dream has since suffered a surprise defeat at Gowran Park, and Flooring Porter can add his name to the likes of Barracouda, Inglis Drever and Big Buck’s who have won this race more than once.

Another horse chasing a repeat win in the same race is Willie Mullins’ Allaho, and if he runs within 7lb of what he produced 12 months ago, the rest may as well not bother turning up.

However, thankfully they have, and there is a reason to believe Allaho might not quite be able to reach those heights again.

His run was so good last year – a good deal better than anything he has produced before or since – that it looks like the exception rather than the rule.

That is to be expected, though, as he never put a foot wrong and genuine Grade One horses were taken out of their comfort zone by halfway, but he has not looked anything like the same horse since taking on stablemate Chacun Pour Soi over two miles at Punchestown after it.

First time out this year he was made to work extremely hard to win the John Durkan and scrambled home by two lengths from reopposing stablemate Janadil, who, while a good horse, is just below the very best.

Then last time at Thurles his only serious rival, Fakir D’oudairies, nearly came down at the first and was on the back foot thereafter.

He is the most likely winner, no doubt about it, but at such prohibitive odds it might be worth backing Shan Blue against him instead.

Dan Skelton could have gone for a handicap off his mark of 148 so he must be getting the right signs, even though he has not run since falling with the Charlie Hall at his mercy.

The handicapper thinks he has almost 30lb to find, though, so maybe back him each-way.

Not many line up in the Turners Novices’ Chase but from a long way out this has only concerned two, Bob Olinger and Mullins’ Galopin Des Champs.

Both won at the Festival last year but in different circumstances. Bob Olinger put up a jaw-dropping display in the Ballymore, leaving a top horse like Bravemansgame toiling in the straight.

Galopin Des Champs ran in the Martin Pipe when he was literally a Grade One horse in a handicap, as he went on to prove at Punchestown.

It is debateable whether any horse has made such a striking impression as he did on his chasing debut at Leopardstown and he followed up in Grade One company next time.

We know he has an engine, which when combined with deadly jumping makes him as exciting a prospect as there is in the game. On the other hand Bob Olinger has not impressed with his jumping and is likely to be on the back foot coming down the hill.

Imperial Alcazar looks the class act in the Craft Irish Whiskey Co. Plate Handicap Chase but he may have shown his hand too much when winning by 10 lengths last time out.

In contrast, Grand Paradis looks a typical Gordon Elliott novice in a handicap that he does so well with.

It seems interesting that Colm Murphy decided against running Impervious since the Royal Bond in November.

She is now back among her own sex in the Ryanair Mares’ Novices’ Hurdle and may give the Mullins talking horse Dinoblue something to think about. 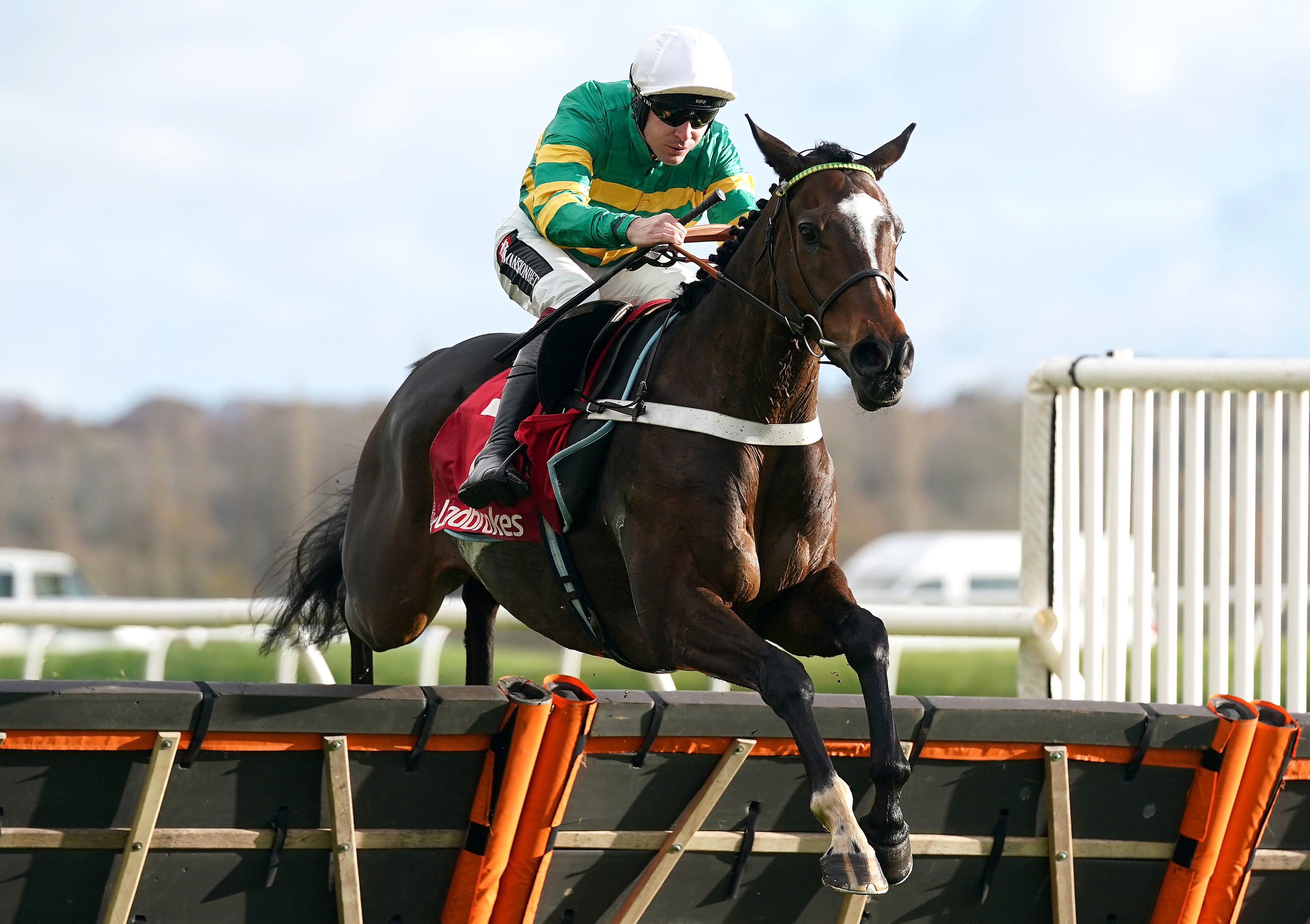 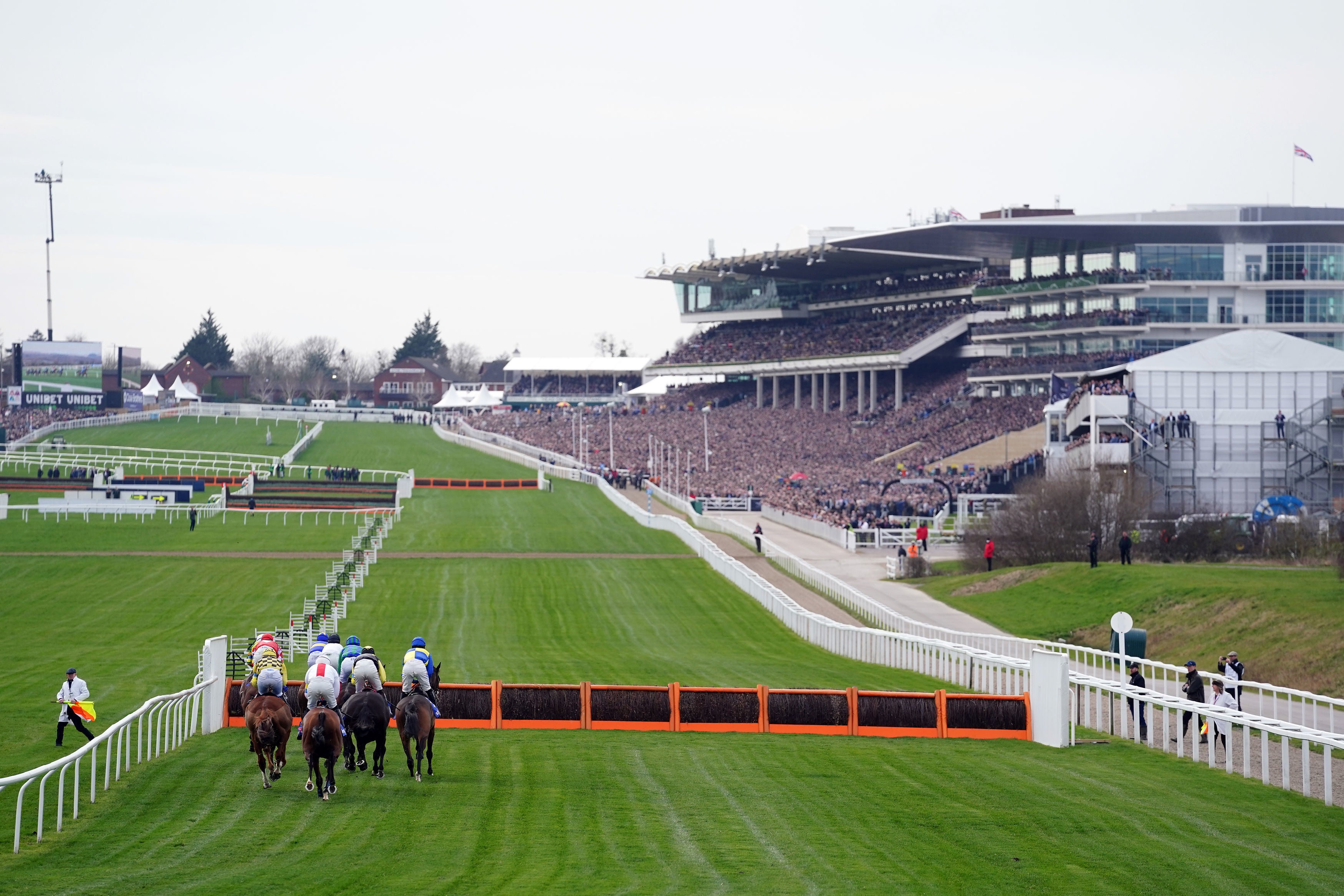 Nicky Henderson has always thought the world of Mister Coffey and he will be much more at home in the Fulke Walwyn Kim Muir Challenge Cup Amateur Jockeys’ Handicap Chase rather than taking on L’Homme Presse in a Grade One.

The Pertemps Final has drawn its usual ultra-competitive field and Alaphilippe is worth supporting after a satisfactory return when fifth at Warwick in a qualifier for this in January.