Disgraced trainer Gordon Elliott is accused of ‘making a mockery’ of his six-month ban for being pictured sat on a dead horse, as his mare Black Tears wins at Cheltenham under Denise Foster, who took over the licence at his yard last week

Punters have questioned the loophole that has allowed Gordon Elliott-trained Black Tears run and win at the Cheltenham Festival.

Black Tears, ridden by Jack Kennedy, produced a magnificent performance to beat favourite Concertista on the line during the Close Brothers Mares’ Hurdle.

The win was officially chalked up a success for trainer Denise Foster, however she only took over the licencing for Elliott’s horses last week. 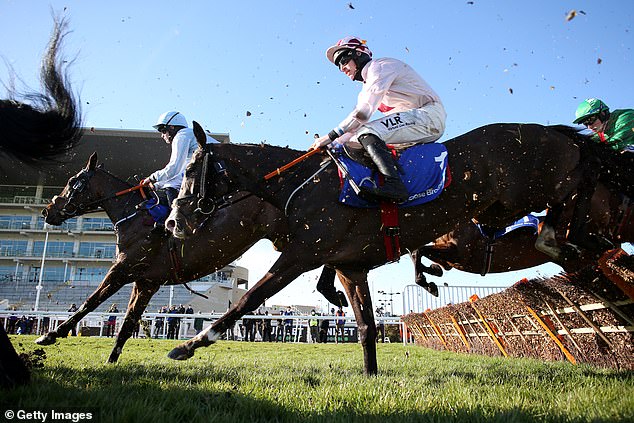 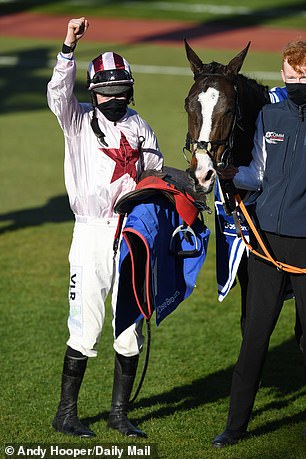 Questions had been asked about Elliott’s involvement at his own yard, with the Three-time Grand National winner allowed to stay on living at the grounds.

However, the BHA accepted entrants for this week’s Festival after receiving assurances over the 43-year-old’s involvement.

Elliott received a year-long ban from the the Irish Horseracing Regulatory Board – six months of which were suspended – after being pictured sat on dead horse.

However, many punters appeared skeptical after Black Tears triumphed, suggesting that the loophole was a problem.

One Twitter user suggested the result ‘makes a mockery of the ban’, while others questioned exactly how much of an impact Foster could have had on the victory.

‘Denise Foster “trains” her first Cheltenham winner,’ announced one user, while another wrote: ‘A winner for Gordon Elliot at Cheltenham. Sorry, what was that? I’m supposed to say winner trained by Denise Foster? and not say Gordon? But we know he is still training them…right?’ 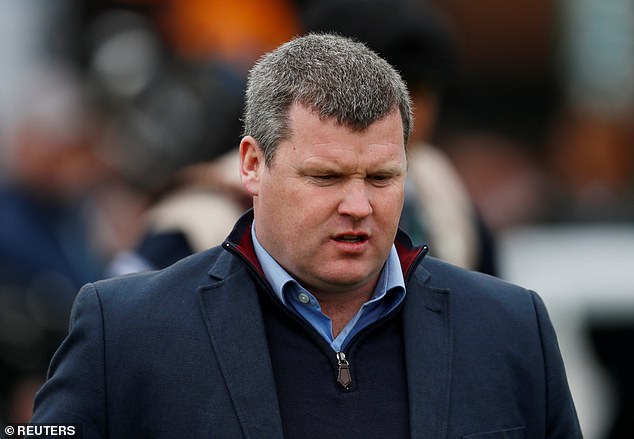 Gordon Elliott is currently suspended, but transferred the licencing of his horses 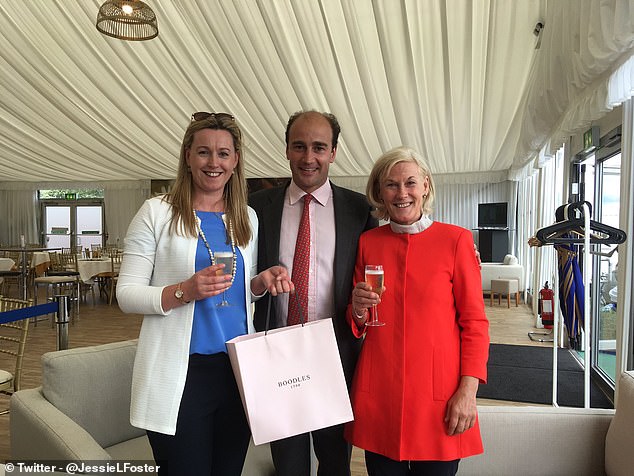 Denise Foster (right) has taken over as licenced trainer from Elliott, although questions over his involvement in racing remain

Speaking before the festival, Denis Egan, chief executive of the IHRB, told the Racing Post: ‘Denise Foster is full responsible for everything that takes place at the yard. Gordon is not supposed to be involved in training.’

Asked about any assistance Elliott may be giving Foster, Egan added: ‘I think the level of assistance would be the same as he’d assist Henry de Bromhead or Willie Mullins [who have also taken charge of ex-Elliott horses in recent days].

‘If they have any questions about the horses, I’m sure he’d be available to answer them. But in relation to the day-to-day training, Denise is responsible for everything that goes on up there and she’s given a commitment to that effect.’ 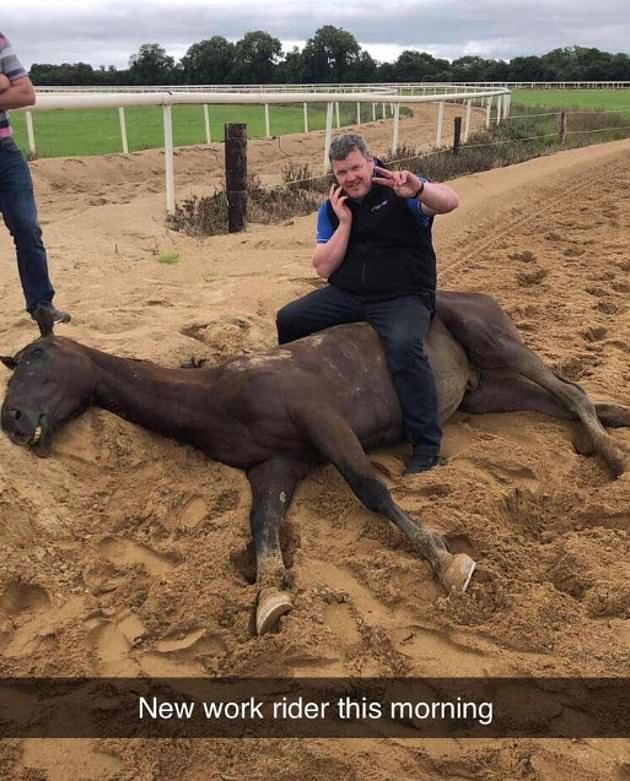 Gordon Elliott was banned for a year, with six months suspended, for this shocking photo