CONOR McGREGOR has backed Mike Tyson's retirement U-turn after the heavyweight legend claimed he was 'revived' by 'the gods of war'.

Tyson is set to face Roy Jones Jr in an eight-round exhibition this month, marking his first fight in 15 years. 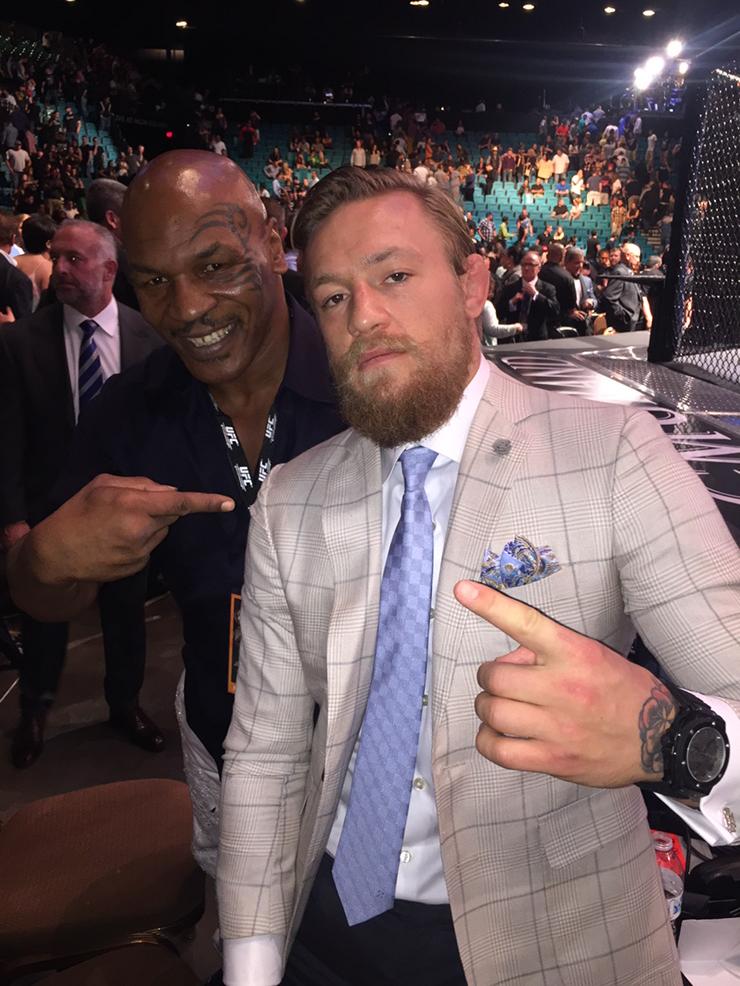 The 54-year-old explained his mission to make a comeback came after his passion was brought back to life as he bids to prove age is just a number.

He told Jim Gray: “Old guys, that word don’t even make sense. Old? This is just a new time, a new thinking period in our lives.

"This is what we want to do. Sometimes the gods of war, they revive you and say, ‘You have to do more.’

"Now I wouldn’t do it if I didn’t prepare for this. You know, I box people to see if I’m able to do this stuff, so I can do this stuff.

“[My skills are] good enough for this. Good enough to go eight rounds. I’m exerting myself, and this is going to be pretty interesting.

"I’m interested in waiting to see what happens as well.”

The words of wisdom had the approval of former UFC champion McGregor, who tweeted: "Hear! Hear!"

Irishman McGregor, 32, was also vocal about encouraging Anderson Silva, 45, to continue his career after the Brazilian's farewell fight in the UFC.

He posted: "Real fighters never lose that fire so why try to force it out?

"Simply put time into finding the correct competition and continue on. The right competition is out there, for all levels and ages.

"Find it and do what you love to do! Forever!"