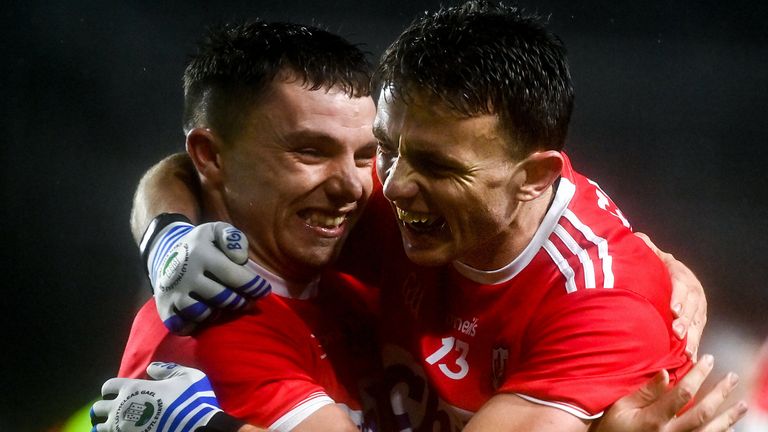 Cork have knocked out Kerry from the championship, with a late goal from Mark Keane sealing a 1-12 to 0-13 win after extra-time.

Championship wins don’t come much sweeter for the Rebels.

An ambush victory in torrential rain, a first triumph over their neighbours since 2012, and most importantly a knockout blow to their greatest rivals.

Add in the incredible drama of a last-second goal from Keane – a Mitchelstown native who is temporarily home from Australia, enjoying the off-season of his professional Aussie Rules career with Collingwood – and it is a victory they will remember for a long, long time on Lee-side.

The Rebels had been getting closer to their great rivals in recent years but were vocally tired of moral victories.

It was time to front up, and they did so in dramatic fashion.

The first half was a cagey affair with both sides making uncharacteristic shooting errors.

It went point-for-point for the bulk of the opening stanza, with the Kingdom keeping their noses in front. David Clifford led the line for the visitors with a brace of well-taken scores, while Brian Hurley was the focal point for the Lee-siders’ attack.

Brian Ó Beaglaoích had the best chance of the half but saw his shot saved by Micheál Martin.

Ronan McCarthy’s charges finished with a flurry, as Mark Collins, Killian O’Hanlon and Kevin O’Donovan kicked three consecutive points to give Cork a 0-6 to 0-5 lead at the break. 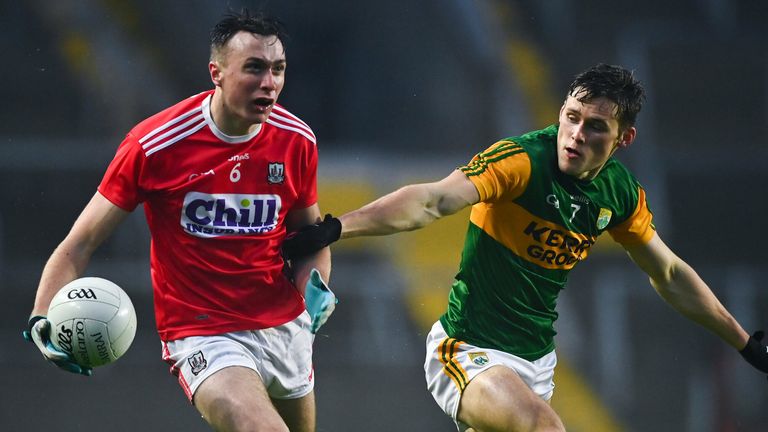 The heavens opened after the break, with torrential rain making it difficult for both sides.

Tony Brosnan levelled the contest, before Clifford sent a fierce shot towards goal, but it fizzed just wide. The Rebels then returned into the ascendancy thanks to a free from O’Hanlon.

Ronan Buckley’s 52nd-minute black card made the reigning Munster champs’ task all the more daunting, as substitute Killian Spillane levelled it for a sixth occasion.

Collins and O’Shea traded frees, before the Kenmare man popped up in the 65th minute to give his side the lead for the first time in over 30 minutes of play.

Kerry seemed to have timed their run to perfection, as Spillane gave them a two-point cushion with two minutes to go.

Substitute Luke Connolly pulled it back to one before David Moran was shown a black card. Deep into injury-time, Seán Powter was judged to have been fouled, and Collins stepped up to force extra-time. 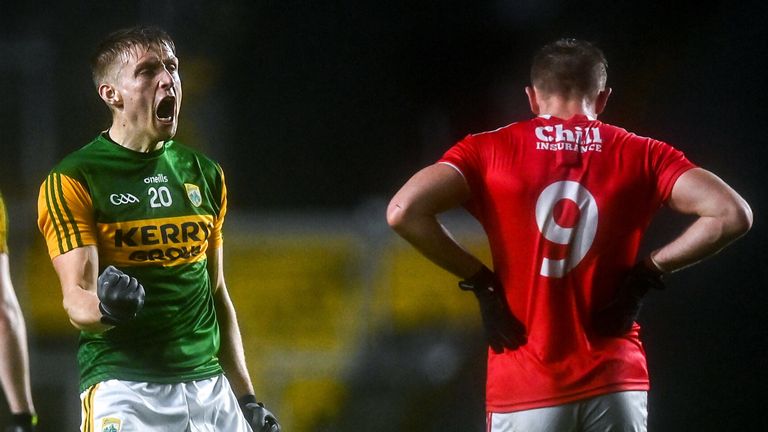 Clifford swung over a stunning score to send Kerry back in front before Spillane and Connolly traded a brace of points.

Kerry seemed destined to hold out as the game ticked deep into injury-time. Connolly took on an optimistic shot from wide on the left, but the Nemo man’s effort fell short. Nonetheless, it dropped into the hands of Keane who buried it past Shane Ryan to seal a famous victory.