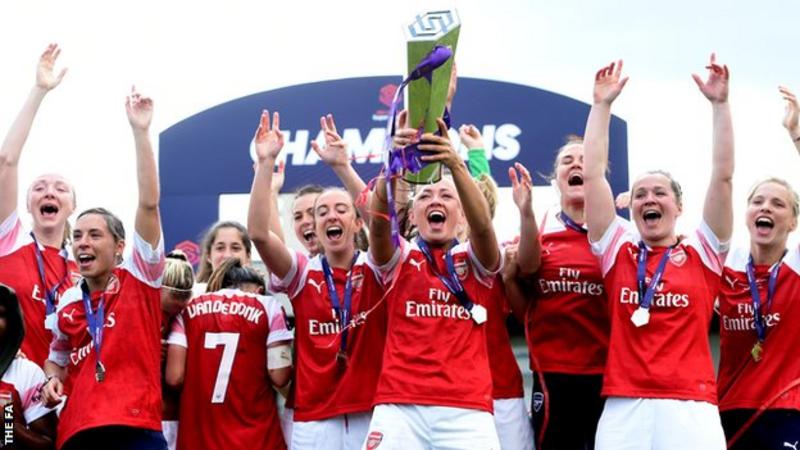 The Football Association remains determined to complete the Women’s Super League season – but wants the campaign concluded by early August.

BBC Sport understands voiding the 2019-20 season was one of several options discussed over a conference call with club representatives on Friday.

But no such decision was taken and consultations will continue while players and club staff are isolating.

WSL bosses said the season will only resume if and when it is safe.

Friday’s conference call came after Thursday’s announcement that tiers three to seven of the women’s game are to end their seasons immediately, with all results expunged.

But bringing the top two divisions to the same abrupt conclusion has not emerged as the preferred choice of the WSL and Championship, which are run by the FA.

The leagues will recommence no earlier than 30 April because of the coronavirus pandemic, but a 12-week period of isolation is considered likely.

WSL clubs have between six and nine matches remaining this season, depending on games in hand, meaning the campaign will need to have resumed by mid-July in order to finish by the cut-off that has been set by the FA.

What does this mean for the title race?

Before elite football across England was suspended earlier in March, the title race in the WSL was far less clear cut than that of the men’s top flight, where Liverpool have a 25-point lead.

Manchester City lead the WSL by one point, but second-placed Chelsea have a game in hand.

At the bottom, Liverpool occupy the only relegation spot but are only one point adrift of 11th-placed Birmingham City.

Unbeaten Aston Villa are six points clear at the top of the Women’s Championship and look on course to secure promotion.

Could a similar deadline be set for the men’s game?

Friday’s conference call was exclusively designed to discuss the future of the WSL and Women’s Championship, with any decisions taken having no bearing on the men’s game.

Like the top two tiers of women’s football, all Premier League and English Football League games have been suspended until at least 30 April.

It remains unclear how or when the season will be concluded, although some managers have said the campaign must be played to a finish to preserve the “integrity of the game”.

Queens Park Rangers boss Mark Warburton said that even if it took until the end of the year to complete the season that would be the right thing to do.

In a joint statement issued on Friday, the Premier League, EFL and Professional Footballers’ Association said “difficult decisions will have to be taken” to counter the financial impact of coronavirus.