Cricket Australia chief Kevin Roberts says the sport must keep an open mind about four-day Tests and has flagged the prospect of introducing a "festival" feel to events.

At a time when cricket's traditional format is under threat, Roberts is of the belief the sport must do all it can to remain relevant. 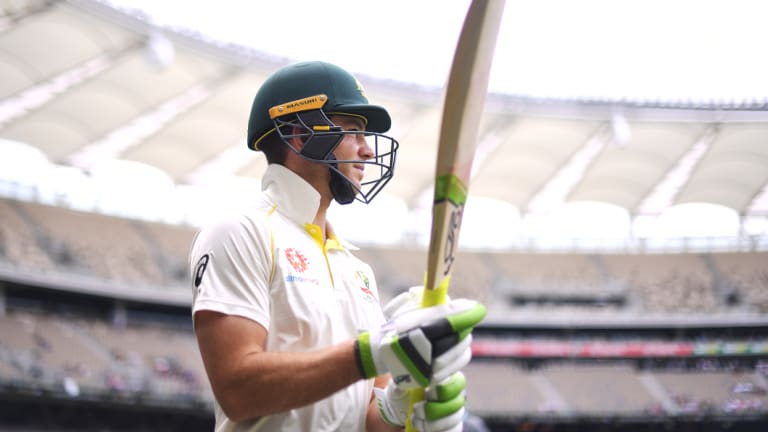 Australian captain Tim Paine heads out for day two of the Perth Test.Credit:AAP

Australia will host two Tests against Pakistan and three against New Zealand next summer, with the Black Caps to enjoy the rare opportunity of playing in the iconic Tests of Melbourne and Sydney over the festive period. This could mean the first Test against the Black Caps is held in Perth.

Roberts said a key consideration of whether the Perth Test would be held at the WACA or at Optus Stadium would be whether there were estimations of at least 15,000 in attendance per day over the first three days, making it beneficial to have the match at the new venue.

Optus Stadium chief Mike McKenna is keen to land either the Boxing Day or New Year's Test although that almost certainly won't happen.

The Melbourne Cricket Club's deal with CA expires after this summer although there is speculation a deal will be announced soon.

For Perth to have any hope of landing an iconic Test date, it would need major assistance from the state government.

"We have always got to consider the future shape of the strategy. Our working assumption is that the Boxing Day continues in Melbourne and the New Year's Test continues in Sydney," Roberts said on SEN.

"Whilst they aren't locked in for the long haul in those venues, certainly that is the working assumption."

What CA wants to do is introduce another "iconic" date for a Test, something Perth would embrace.

"I don't think it is impossible. We have got to be looking at three or four key events. Every cricket event is really important and there are some that need to pop up," Roberts said.

"As we develop our future direction, there is the idea of finding ways of bringing the cricket community and community cricket events together with marquee Test matches, for example. Can you have, rather than it just being a Test match, how can it be a cricket festival, where you might bring community cricket and competitions to a culmination?

"It would be a great thing to do but, over the course of the next year, we will be sitting down and considering those sorts of things and what they might mean and look like in the future."

Roberts denied CA had influenced the state of the Optus Stadium pitch and ordered an extra spicy deck in a bid to trouble the tourists, after the curator had suggested the governing body had done so.

"Certainly not. There were photos in the local media of Justin (Langer) checking out the wicket with the curator the other day but, as we know you, don't prepare a Test match wicket over the course of three or four days. It's done over the course of months," he said.

"The nature of the deck couldn't be influenced over the course of the last few days."