CRISTIANO RONALDO escaped ANTOHER red card on Monday as he was only booked for a wild challenge on Newcastle's Ryan Fraser.

And that was the THIRD time this season the Portuguese superstar has not been sent off when he easily could have been. 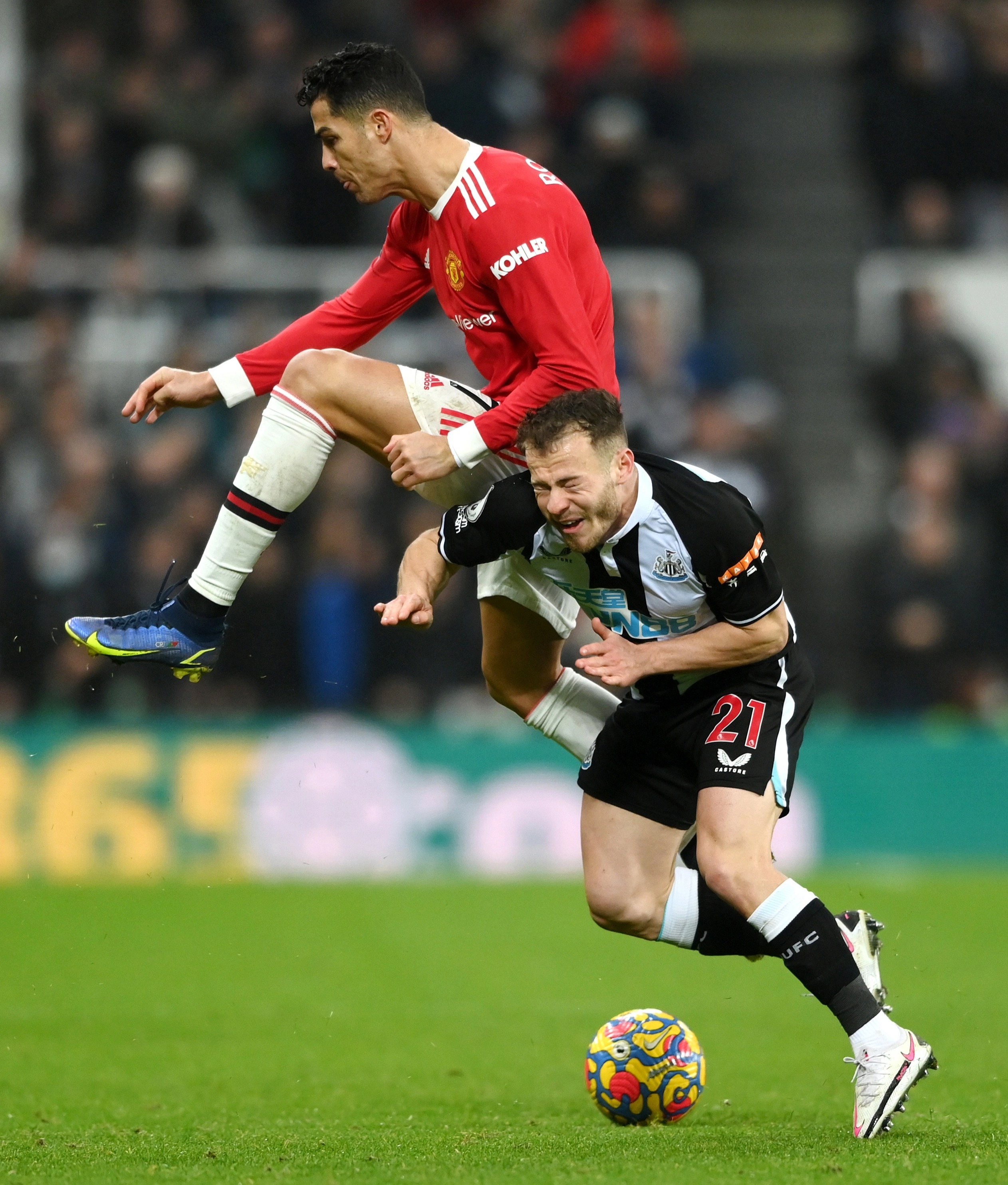 And here SunSport looks at all three occasions the legendary forward could, and perhaps should, have seen red.

The frustrated forward steamed in and looked to smash the ball in anger, but Fraser got there first.

Ronaldo followed through and wiped out the Newcastle midfielder.

United's No 7 went into the referee's book – but could be deemed fortunate he escaped with nothing more severe.

Rival fans were not impressed he wasn't shown his marching orders.

One wrote: "Cristiano Ronaldo destroyed Fraser. What was he even thinking? How did he not get a red card for this? That was dangerous by Ronaldo."

Another added: "What does Ronaldo have to do this season to get a red card?"

And one said: "Embarrassing inconsistency by the refereeing body especially after the [Harry] Kane/ [Andy] Robertson controversy last week."

KICKING CURTIS JONES ON THE FLOOR VS LIVERPOOL

With his side 4-0 down after just 45 minutes, the former Real Madrid man showed his frustration in first-half injury time as he aggressively kicked out at midfielder Jones while the ball was underneath him.

This provoked an instant reaction from the Liverpool players, namely Robertson who sprinted over to Ronaldo and pointed in his face, furious at the 36-year-old's actions.

Despite Liverpool's anger, referee Anthony Taylor opted to show the Portuguese forward a yellow card instead of a red.

At the time of the incident a concerned Gary Neville said on commentary: "His [Ronaldo's] head's gone here.” 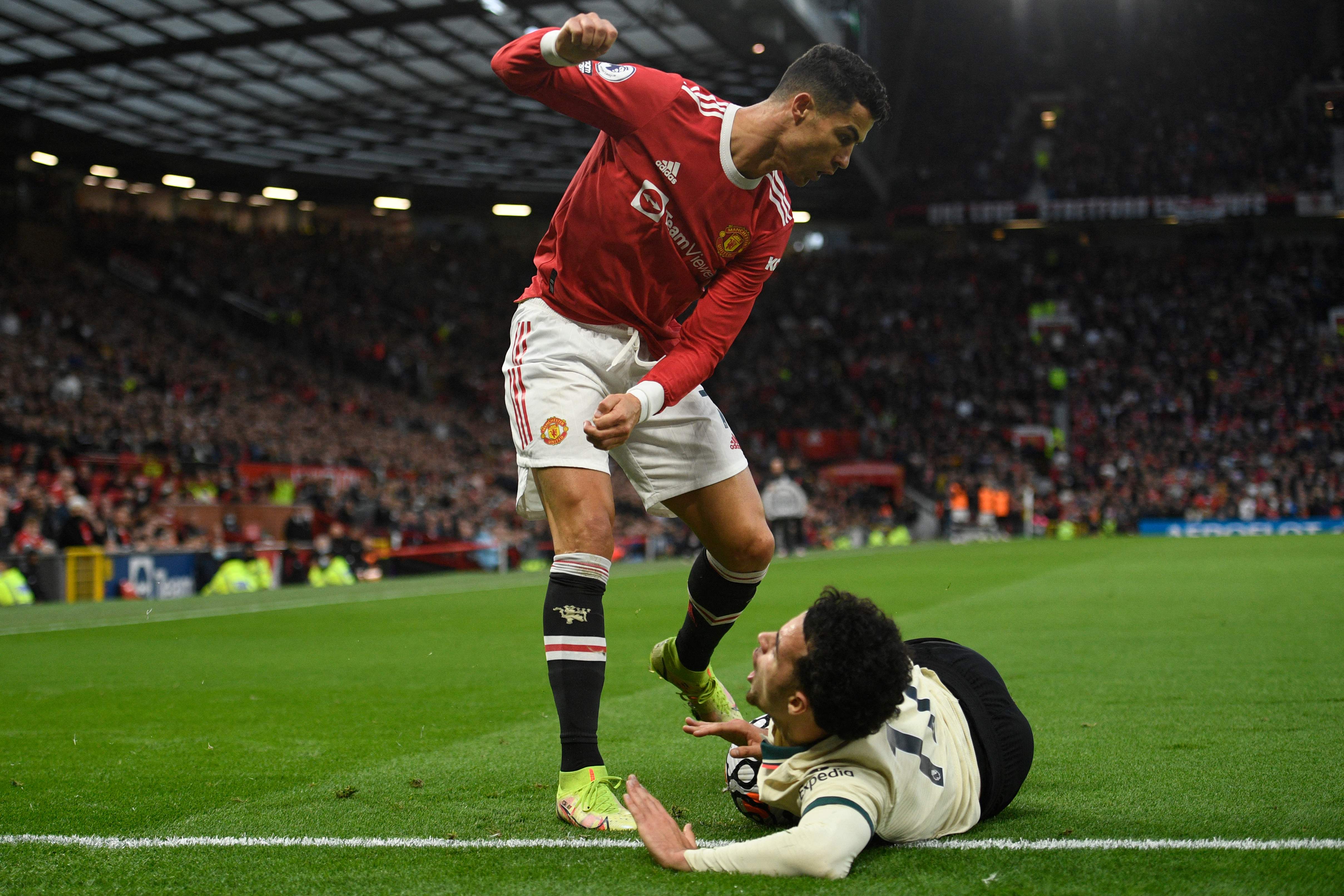 LASHING OUT AT IRELAND'S DARA O'SHEA

In September, Ronaldo lashed out at Ireland's Dara O'Shea before missing a penalty for Portugal.

And the United star's actions prompted Irish fans to question whether he deserved to stay on the pitch.

A mistake from Jeff Hendrick conceded the spot-kick to Bruno Fernandes nine minutes into the World Cup qualifier.

And Ronaldo grabbed the ball before an agonising wait for VAR to confirm the foul at Estadio Algarve.

However, Republic of Ireland defender O'Shea decided to play some mind games as Ronnie was waiting.

He cheekily kicked the ball off the penalty spot, but Ronaldo was not impressed.

The ex-Real Madrid and Juventus man batted O'Shea away angrily with one arm, forcing the West Brom ace to grab his head in pain

But Ronaldo, who was not punished by the ref, then had his penalty saved by Manchester City goalkeeper Gavin Bazunu in just his fifth cap for Ireland.

However, some Irish fans questioned whether Ronaldo should have even been on the pitch to take it.

One said: "In the Premier League, that is a red card."

Another tweeted: "Red all day lmao."

One questioned: "How is that not a red?"

Another noted: "Any other player gets sent off there." 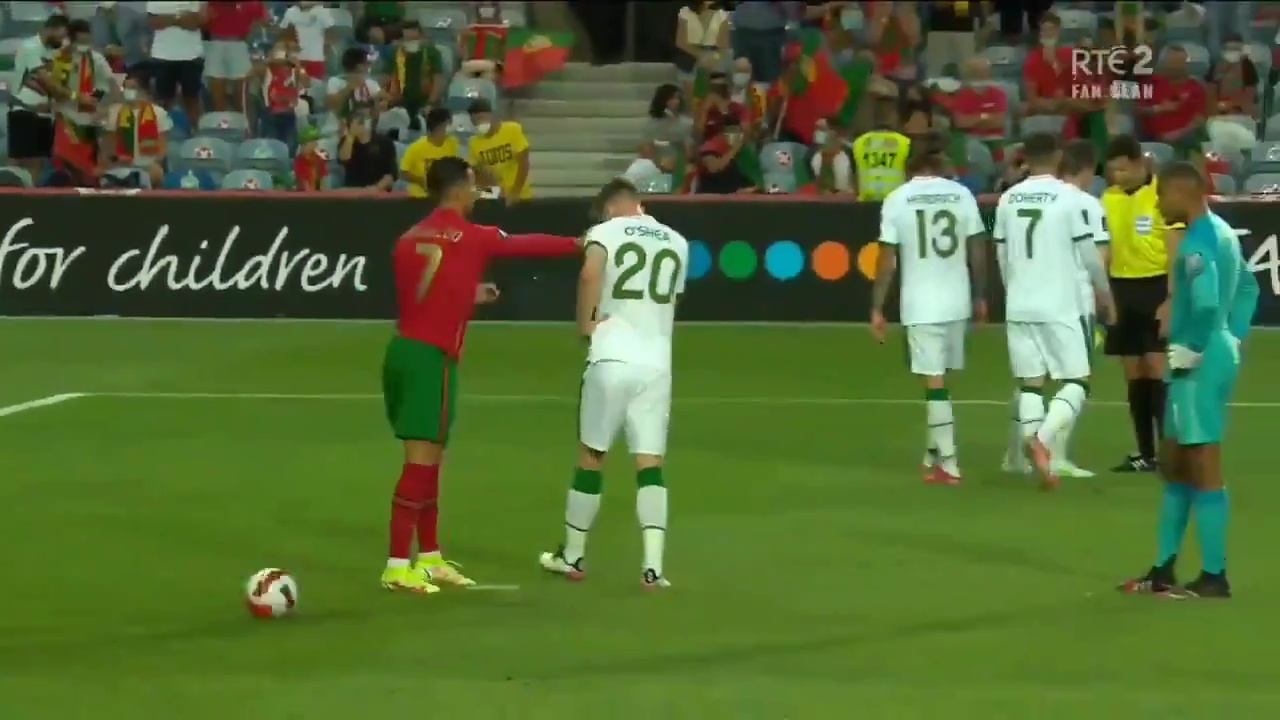