The Portuguese star's partner Georgina Rodriguez – who he is rumoured to have proposed to – posted the video online for her eight million Instagram followers. 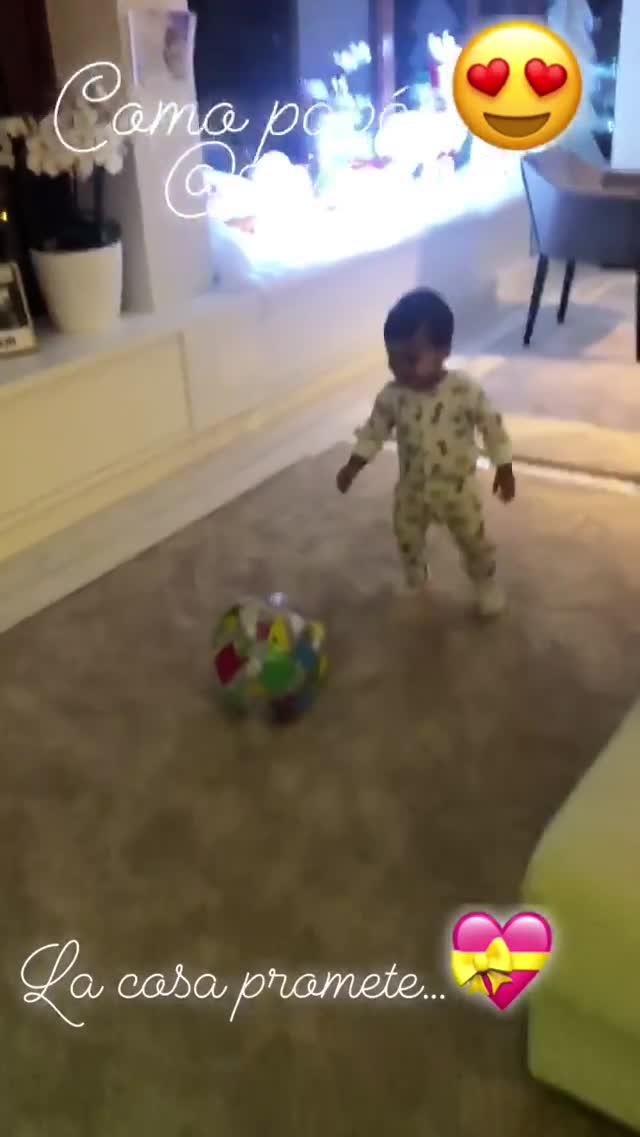 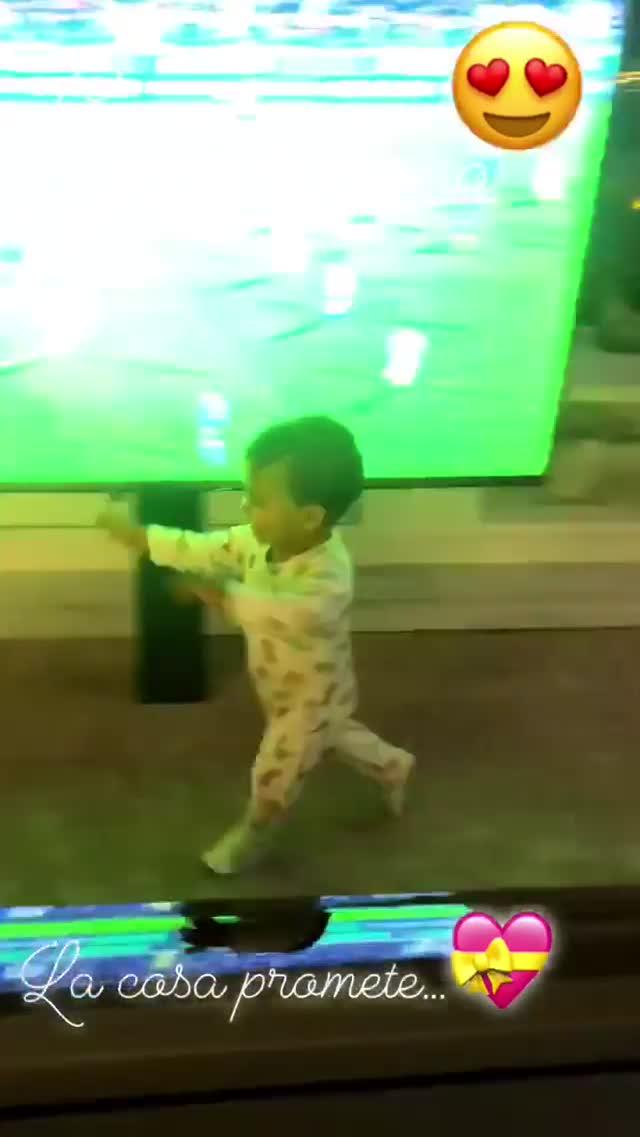 In the clip, Ronaldo's youngest son Mateo can be seen kicking a ball around the Turin villa where the Real Madrid legend lives.

The cute youngster runs after the ball after kicking it across the room, much to the delight of Rodriguez.

Rodriguez commented on the video: "Like dad. A promising thing." 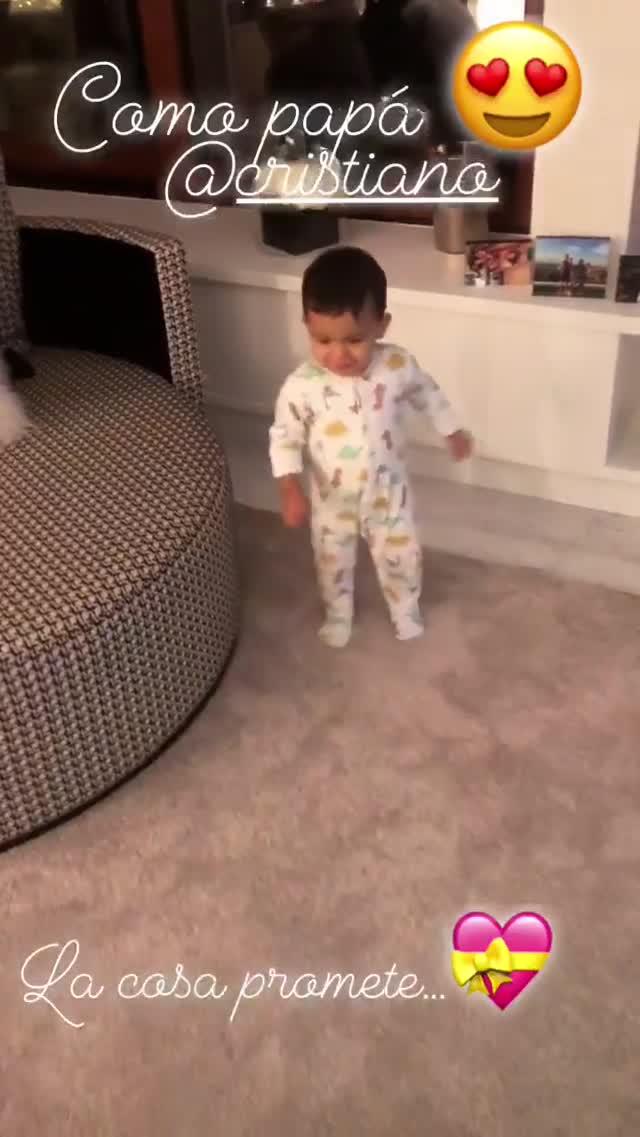 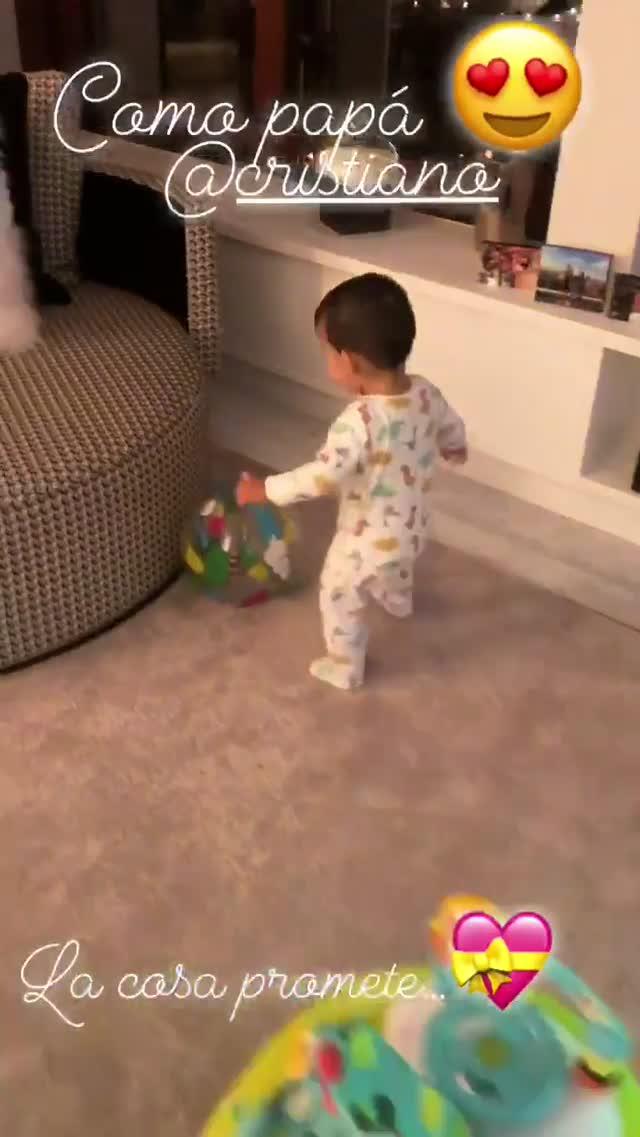 Ronaldo – who reportedly 'admitted rape accuser Kathryn Mayorga said no to him' – once again got on the score sheet for the Old Lady on the weekend.

The 33-year-old netted a 79th minute penalty for Massimiliano Allegri's side during their 3-0 win away at Fiorentina.

In 18 games in all competitions this season, Ronaldo has banged in 11 goals.

Juve have won 13 out of their opening 14 Serie A games, as they sit 11 points clear of Napoli at the top of the table.