Australian Open tournament director Craig Tiley has doubled down on his defence of the tournament's new match balls, as Australian John Millman joins the growing list of players to slam  the Dunlop balls.

This year's Open will switch to the Japanese-made balls, after a five-year commercial deal was signed last year. 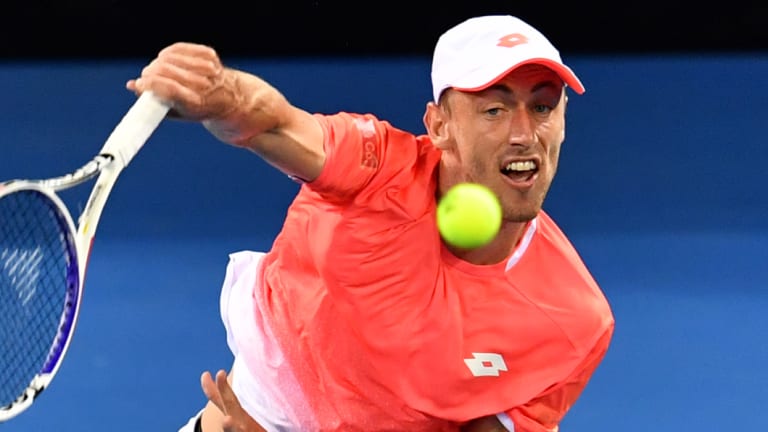 Tiley said he’d heard only "positive feedback" about the balls this week, claiming there was "no negativity around the balls".

Speaking after his Sydney International loss in the early hours of Friday morning, Millman said it was "really tough to generate (pace)" off the balls, saying "the balls are pretty dead".

"The balls are really shit … so I've got to factor that in for next week in Melbourne, just remember how bad the balls are in cold conditions like that."

The comments come after Bernard Tomic savaged the balls following his match at the Kooyong Classic earlier this week, labelling them “terrible”.

“I don’t know too much [about the balls], but I don’t feel like it is that good of a ball. I think they’re pretty cheap from what I’ve heard,” said Tomic, who faces Marin Cilic in the opening round next week.

Tomic’s comments echoed those reportedly made by players at the Cairns Tennis International in September last year, the first Australian tournament at which the new Dunlop balls were employed.

Thanasi Kokkinakis, who successfully made it through qualifying at Melbourne Park on Friday, said the balls had a propensity to "fluff up".

Ashleigh Barty, however, praised the balls at the Sydney International this week, saying she liked the balls which she said “are not much different from the previous Wilson ball”.

Debate about the quality of the balls come as the ATP this week signed a five-year deal with Dunlop meaning the balls will be employed at ATP Finals and numerous other tour events throughout the season, on all types of playing surfaces.

Dunlop say their balls will now be used at more ATP tournaments than any other manufacturer.

Tiley said the commercial agreement provided the players with “what they wanted – a consistent ball” being used on tour.