Zagreb 041 hopes to provide an alternative to mainstream football culture, where racism among fans is rife. 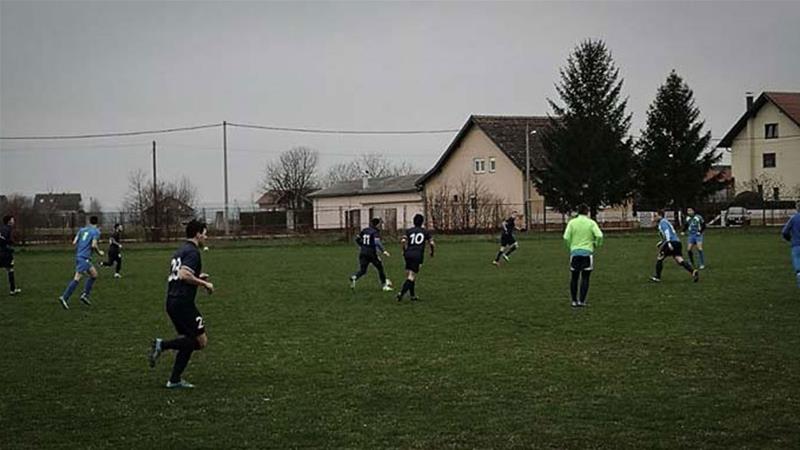 Zagreb, Croatia – After a 90-minute football practice, Goran Malic tends to his beer in a crowded bar on a Friday night.

As a member of Zagreb 041, Croatia’s only explicitly anti-fascist football club, he recounts a lengthy history of far-right threats and a handful of attacks on the club’s members.

“Sometimes it was threats, but other times there were physical incidents,” he tells Al Jazeera.

Emblazoned on the 29-year-old forward’s t-shirt is a message of solidarity with Palestinians: “Free Gaza.”

But with many growing tired of racism and nationalism in the mainstream football scene, Zagreb 041 has grown to nearly 140 members since its inception in December 2014.

The idea was born after anti-fascist football fans, who had previously been involved the White Angels fan club for NK Zagreb, grew tired of seeing neo-fascist gestures during matches and being tailed – and sometimes attacked – by ultranationalist fans after games.

A few years ago, White Angels were outraged when a group held up a banner during an NK Zagreb match that read “Football against f****ts”.

“We started by just discussing the topic and researching how to start an anti-fascist football club,” he recalls.

Comprising anarchists, communists, refugees and anti-fascists of all stripes, Zagreb 041 held their first practice in July 2015.

Today, its members are spread across several teams: the male, female, youth and refugee teams.

With far-right sentiments finding an eager ear in the corridors of power in Croatia, Malic insists that Zagreb 041 “is one of the strongest anti-fascist groups in Zagreb because we unite refugee solidarity activists, anarchists, leftists and others”.

“It‘s important because what you see in football stadiums is a reflection of society.”

For many, Croatian society is steadily drifting to the right, or far right, with Holocaust denial ample and a concerted campaign to equate wartime fascism with its anti-fascist counterpart, especially since the country’s ascension to the European Union in 2013.

Like elsewhere in Europe, many of Croatia’s football teams are marred by their reputations of promoting racism, xenophobia and homophobia.

Sven Milekic, a Zagreb-based journalist at Balkan Insight, explains that the range of main political currents in Croatian football span from nationalist to openly neo-fascist.

“They’re all in the line of this every-day homophobia and racism,” he tells Al Jazeera.

“They are not racists in the sense that they’re searching for Roma or black men to beat, but they have racist positions – not all of them, but certainly this voice is there.”

Earlier this month, a court in Split, a city on the eastern shores of the Adriatic Sea, fined the Croatian Football Federation (CFF) 6,700 euros ($8,280) for an incident in which a 14-metre swastika was drawn in bleach on the pitch during a match in June 2015.

Two months before the swastika incident, in March 2015, Croatian football fans chanted “za dom spremni” at a match in Zagreb.

That slogan – “Ready for the homeland” – was used by the Ustasa, the fascist outfit which oversaw the Independent State of Croatia (NDH), a Nazi-aligned regime that was eventually overthrown by partisans.

‘Stadiums became an arena of hatred and nationalism’

In 2012, during a game in Poznan, fans mocked a black player by making monkey noises and throwing a banana on the pitch. The CFF was subsequently fined 80,000 euros (nearly $99,000).

According to Dario Brentin, a researcher at Gratz University in Vienna, the formation of modern football fandom in Croatia can be traced back to the 1980s, when socialist Yugoslavia (1945-1992) was enduring rising inequality, political tensions and economic crisis.

With nationalism on the rise throughout the region in the leadup to the Yugoslav wars, which eventually led to the socialist federation’s dissolution, anti-Yugoslav and nationalist themes became widespread in both Croatia and Serbia.

“The stadiums became an arena of hatred and nationalism,” Brentin tells Al Jazeera, explaining that the trends were exacerbated by the Croatian War of Independence (1991-1995), during which Croatian forces fought a bloody war with the Serb-dominated Yugoslav People’s Army.

“It correlated with what was taking place in wider society.”

As a consequence of these societal shifts, there is “very little” space today for openly anti-fascist, anti-racist or pro-LGBTQ views to be expressed within Croatia’s broader football scene, Brentin says.

“The work Zagreb 041 does, particularly with refugees, is not just honourable but really important,” Brentin adds. “The context in which they’re doing it is one of open hostility.”

Despite being marginalised, Zagreb 041 hopes to provide anti-fascist fans with an alternative to the widespread racism and far-right sentiment in mainstream football.

The club operates on funds obtained from pledge members, who pay 22 euros ($27) a year, as well as donations and fundraising events. 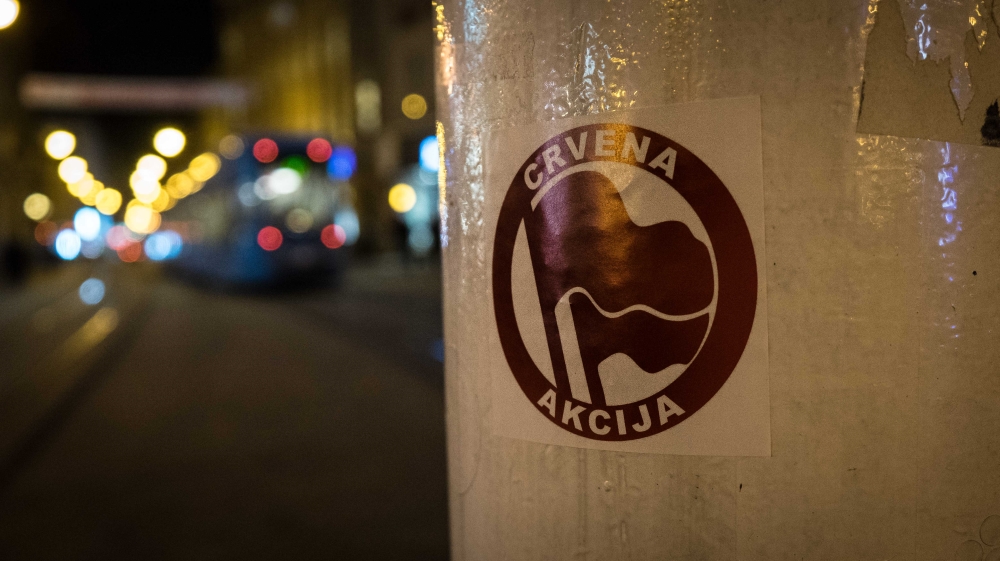 Organised as a non-hierarchal structure, the club has no president and makes decisions through a process of direct democracy.

Yet, the club also infuses public activism with its internal politics.

Zagreb 041 has built ties with local women’s rights organisations, refugee solidarity groups and anti-fascist football clubs across Europe, including in Germany, Slovakia and the Czech Republic, among others.

Each year, Zagreb 041 sends its teams to participate in the “Anti-Racist Football” tournament in Slovakia. Its fans are also part of Alerta, a network of anti-fascist football fans in Europe.

To protest sexist comments describing women as “second-class citizens” made by a Catholic priest during the 2016-2017 season, the male team took the pitch wearing jerseys that read “We are all second class, and we are all wh*res” during a match.

Yet, building an anti-fascist football club hasn’t been without its challenges.

Last season, a group of fans for an opposing team held up a xenophobic banner reading: “Refugees not welcome.”

Zagreb 041 players refused to start the match until referees and security eventually removed the banner from the stands.

In 2015, while travelling to Italy for a tournament, members of the team who had applied for asylum in Croatia were blocked from entering crossing the border into Slovenia.

Despite the challenges, the club has high hopes. It hopes to finish in the top two this season, which would allow it advance to a higher division.

“We want to show that an autonomous and self-organised club can succeed,” Malic says.

“When I travel, I want to be able to tell people there are anti-fascists in Zagreb … It’s important for people to know there is resistance here.”