DECLAN RICE is reportedly eyeing a move away from West Ham next year in a potential £100million deal.

The English midfielder, 22, was linked with a switch away from the London Stadium this summer. 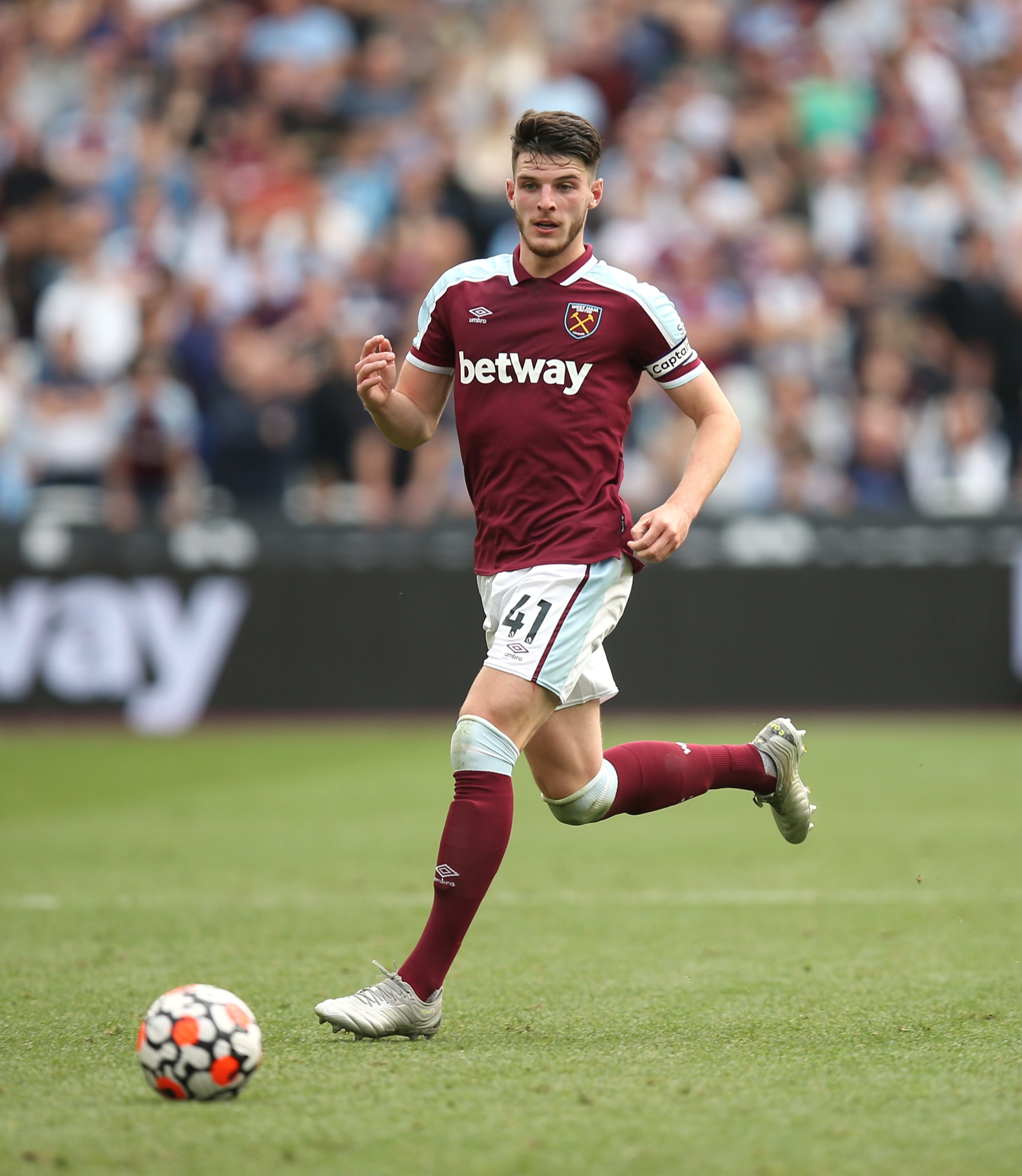 But the ex-Chelsea academy ace remained in East London, with it understood he is fully committed to the Hammers this campaign.

However, 90min claim that Rice fully expects this term to be his last with West Ham before joining one of the Premier League's big four.

SunSport exclusively revealed in July how West Ham were planning to offer the player a bumper new deal to convince him to stay.

And 90min have stated how Rice would only be prepared to pen a new contract if it included a release clause.

The club have a policy of not including buyout clauses, meaning it is unlikely at this stage Rice will commit his future to West Ham.

The Hammers value the player at around £100m, but Rice is believed to have been unhappy with the whopping price tag.

As it stands, it has been said that Manchester United, City, Chelsea and Liverpool are all keen on securing his services.

The Blues have been considered to be the favourites in bringing Rice back to Stamford Bridge after releasing him in 2014.

But it has been suggested that the England international is just as likely to make the move up north as he is to remain in the capital.

Speaking on his FIVE channel on YouYube, he said: "I think Declan Rice would be a massive addition to this squad.

"I'm a massive fan of his. I would love to see him keep progressing.

“He was brilliant for England in the summer. I think if West Ham keep him they've done unbelievably well.

"I think he does well staying at West Ham or if he goes.”