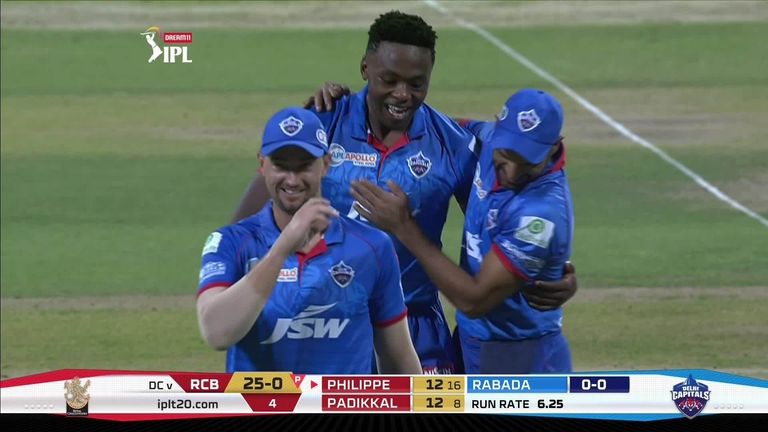 Dhawan (54 from 41 balls) and Rahane (60 from 46) shared a second-wicket stand of 88 as the Capitals – stumbling after four straight defeats – overhauled RCB’s total of 152-7 with an over to spare in Abu Dhabi.

Delhi’s six-wicket success means they will now face defending champions Mumbai Indians in the play-offs on Thursday, live on Sky Sports Cricket from 1.50pm, with the winners going through to the final.

The Challengers’ overall run-rate was enough to ensure they also made the play-offs – with either Kolkata Knights Riders or Sunrisers Hyderabad their opponents in the first eliminator on Friday.

Put in to bat, RCB made tentative progress during the powerplay, reaching 40 for the loss of Josh Philippe (12), who hoisted Kagiso Rabada’s first delivery high into the hands of extra cover.

Devdutt Padikkal scored 50 from 41 balls – his fifth half-century of the tournament and produced some classy strokeplay off both front and back foot as he and Virat Kohli added 57 for the second wicket.

However, they never really gained traction as spinners Ravi Ashwin (1-18) and Axar Patel (0-30) kept it tight and the Challengers’ captain was fortunate to escape when he drove Patel straight to long-on, only for Anrich Nortje to shell the chance. 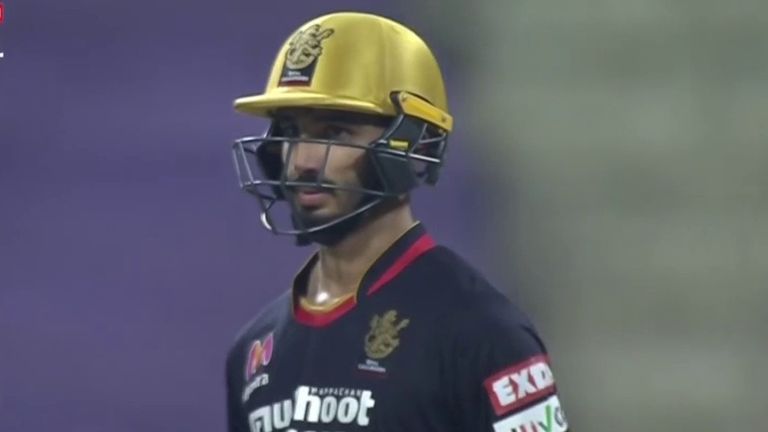 But Marcus Stoinis showed him how it should be done when Kohli (29 from 24) gave Ashwin the charge soon afterwards, leaping on the boundary to pluck the ball out of the air one-handed.

Nortje (3-33) made amends with two quick wickets soon afterwards, clean bowling Padikkal and then having Chris Morris (0) caught behind – although fellow South African AB de Villiers threatened to turn the momentum back towards RCB. 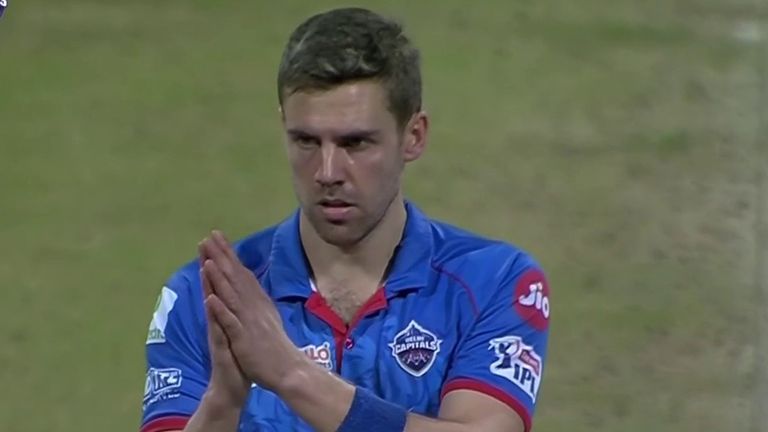 De Villiers slammed 35 from 21 balls, including two colossal sixes, but he was well out of his ground attempting a second run in the final over and the innings petered out.

Mohammed Siraj struck an early blow in the Capitals’ reply, nipping a ball off the seam in the second over to hit the off stump of Prithvi Shaw (9).

But Dhawan looked in good nick straight away, creaming two cover boundaries off Chris Morris and unveiling the sweep shot to good effect once RCB turned to their spin options.

Rahane also began to time the ball sweetly, nudging Isuru Udana past mid-off for four and picking up the singles and twos with regularity as the pair closed in on their target. 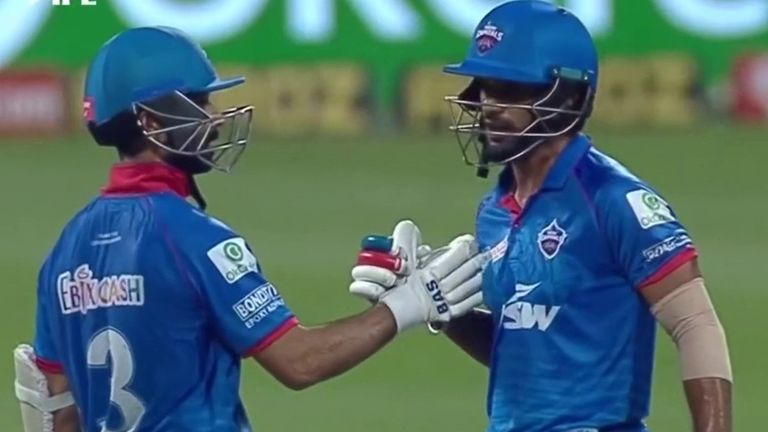 Spinner Shahbaz Ahmed finally broke the partnership when Dhawan attempted to tickle the ball around the corner and provided Shivam Dube with a straightforward catch.

Shahbaz (2-26) also picked up the wicket of Shreyas Iyer (7), caught on the boundary, while Rahane perished with 17 required, miscuing a reverse sweep off Washington Sundar (1-24).

However, Stoinis and Rishabh Pant saw their side home, with the latter top-edging Siraj over the wicketkeeper’s head for the winning boundary.