Manchester City star Delph lunge studs up towards the shin of Everton striker Calvert-Lewin during the Premier League clash at the Etihad Stadium. 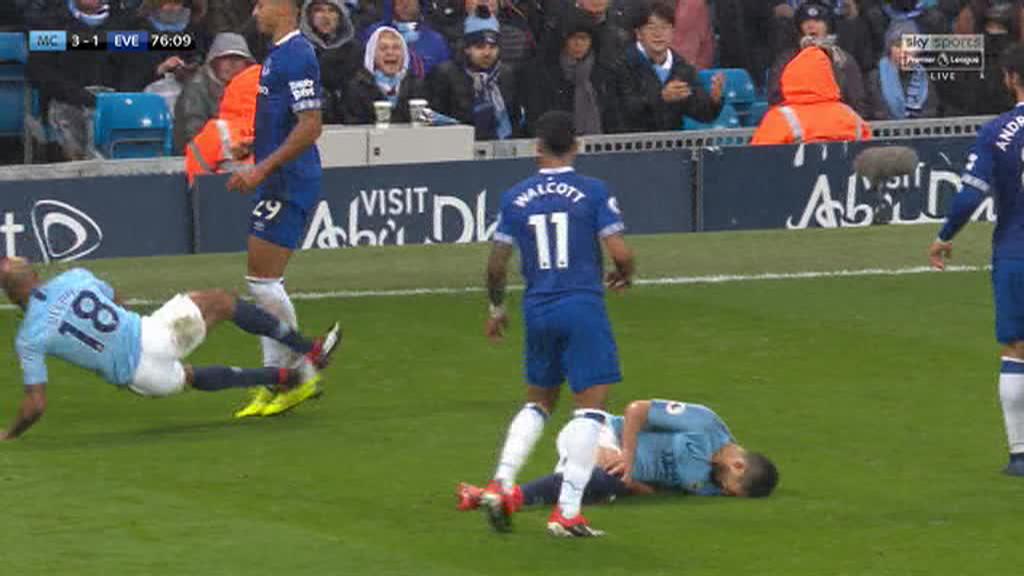 Referee Craig Pawson had already blown the whistle for a foul in the build-up to the challenge, which saw the Everton man pulling out of the tackle.

But Delph continued at full pelt into his challenge, and his foot rolled ever the ball down the front of Calvert-Lewin's leg.

It led to the pair squaring up on the pitch as Everton's England under-21 forward remonstrated with his opponent.

Ref Pawson called the two together and only showed a yellow card to Delph – and then amazingly booked Calvert-Lewin as well. 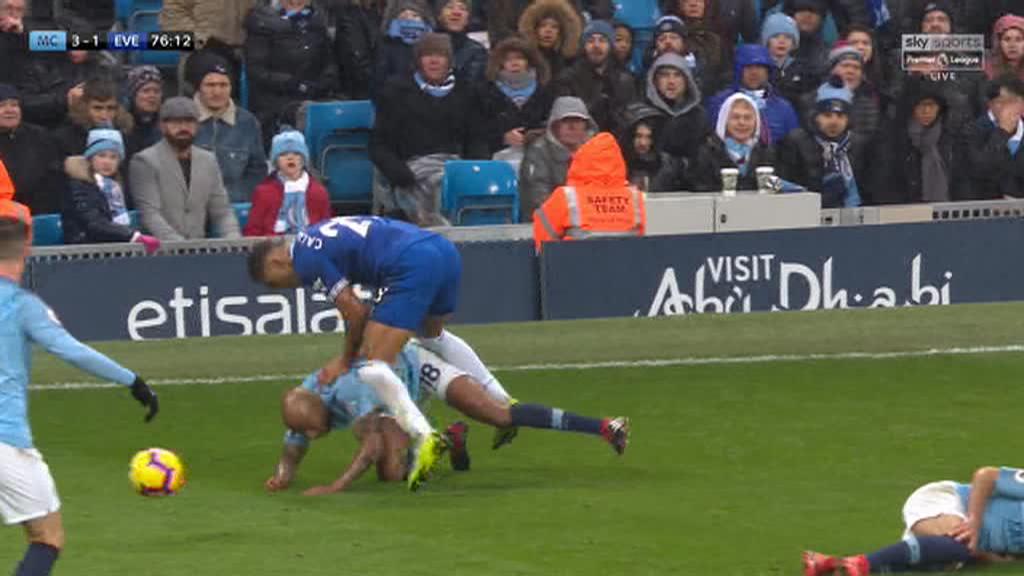 That let England star Delph off the hook – to the fury of the fans watching the match on TV.

They were quick to take to Twitter to voice their opinion – and all were united in the belief Delph should have seen red and been left facing a three match ban.

Instead he was able to play the whole game as City bounced back from their defeat at Chelsea to record a 3-1 win which takes them back to the top of the Premier League.