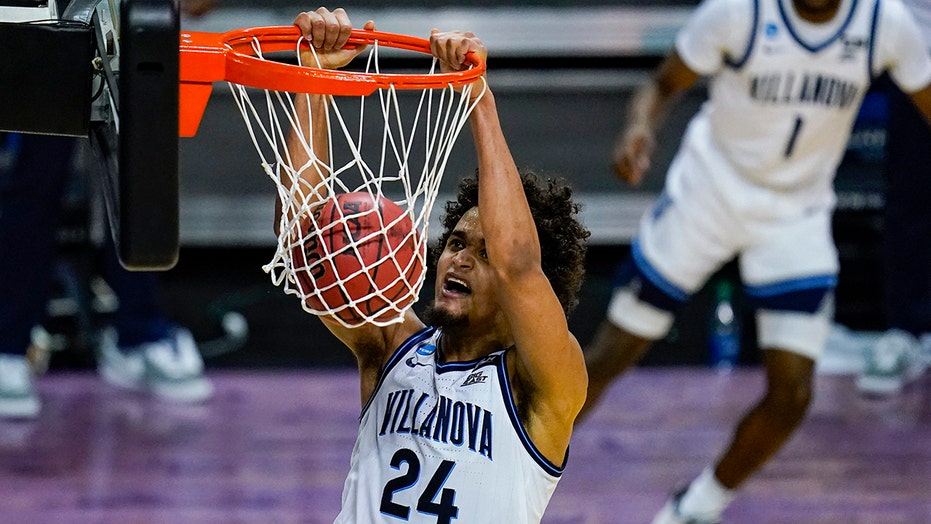 Villanova found a way to advance in the NCAA Tournament without Collin Gillespie.

Jeremiah Robinson-Earl had 22 points and 12 rebounds, and the fifth-seeded Wildcats pulled away in the second half for a 73-63 victory over 12th-seeded Winthrop in the South Region on Friday night.

Villanova (17-6) had lost both games since senior point guard and Big East co-player of the year Gillespie tore a ligament in his left knee during the Wildcats’ victory over then-No. 14 Creighton on March 3. That made Winthrop, which came in with just one loss this season, a popular upset pick.

But Robinson-Earl delivered when the Wildcats needed him, making four free throws that launched a 9-0 run to give Villanova its biggest lead at 60-47. The Wildcats will face 13th-seeded North Texas in the second round on Sunday. The Mean Green upset fourth-seeded Purdue earlier Friday.

Villanova rolled out to a quick double-digit lead before Winthrop settled in and made it a 34-33 game at halftime. But the Wildcats returned from the break and locked Winthrop down defensively, holding the Eagles below 30% on the floor in the second half.