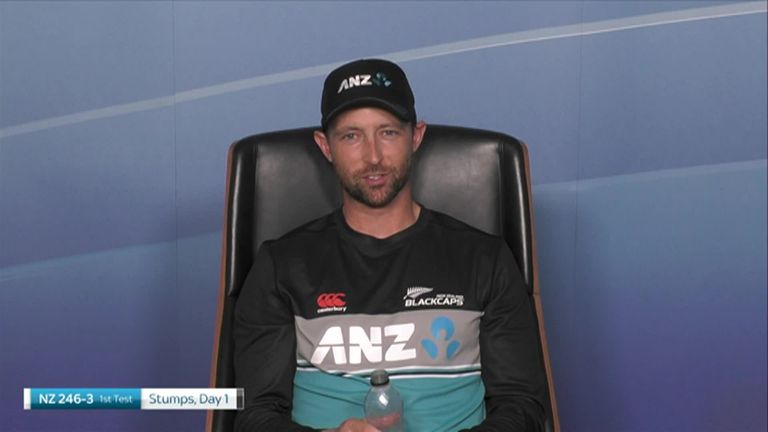 Devon Conway insists his job is not done yet after scoring an unbeaten 136 for New Zealand on his Test match debut at Lord’s.

The opener batted throughout day one to put the Black Caps in a strong position in the first Test against England as they closed on 246-3.

Having already impressed in one-day international and T20 cricket for New Zealand, Conway looked assured throughout in his maiden Test innings and brought up his century from 163 balls.

“It’s a very good feeling, I’ll have some time to let that settle in but, as a player, the job’s not done – I’m very happy though!” he told Sky Sports.

“Funnily enough, I had a conversation with Kane Williamson and asked him what it feels like to be on that honours board and the first thing he said to me (when I got back to the changing room) was, ‘now you know, boy!'” 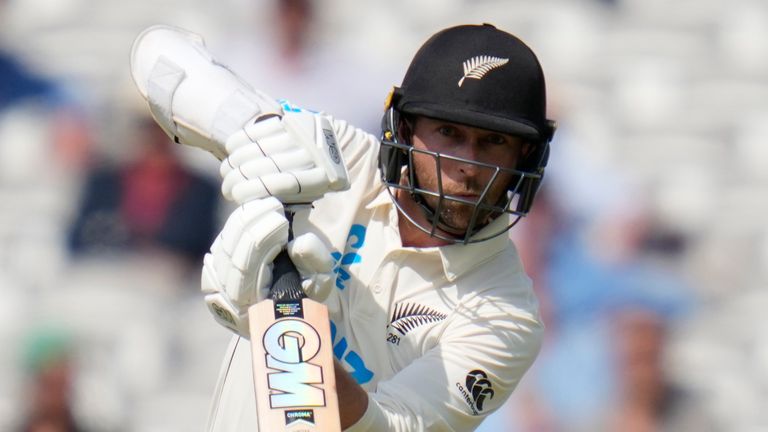 The left-hander was born in Johannesburg and spent the early part of his career in South Africa before moving to New Zealand and having shown his qualities in domestic cricket, made his international debut for the Kiwis in a T20 against West Indies in November.

He could not have wished for a better start at the highest level and boasts an average of 75 after three ODIs and 59.12 in T20Is, but says he never considered making such a dream start in Test cricket.

“Just getting a Test debut and a chance to play at this level is not something I’ve really thought about,” he said.

“I’m really happy, grateful for the opportunities Cricket Wellington have given me back home and the Black Caps now as well. They’ve trusted me and given me that opportunity so it’s a pretty special feeling.

“There was a lovely period from about 70 where I got balls in my area so I just tried to stay as positive as possible and when I got to that moment, I didn’t overthink it; it was about acknowledging but just sticking with the job, there was still a job to do.

“It’ll take a few days to sink in but, yeah, a pretty awesome day!”

Mike Atherton opened the batting for England with distinction during his playing career and believes Conway’s innings was as good as any he has seen from a debutant opener in recent years.

“I can’t think of an opener in this country, on debut, who has played better in recent times,” he said.

“He was incredibly assured and skilful. If you think back to the start of the day, there were bound to be some nerves jangling around, he was starved of the strike for 20 minutes but he didn’t look like that affected him at all. 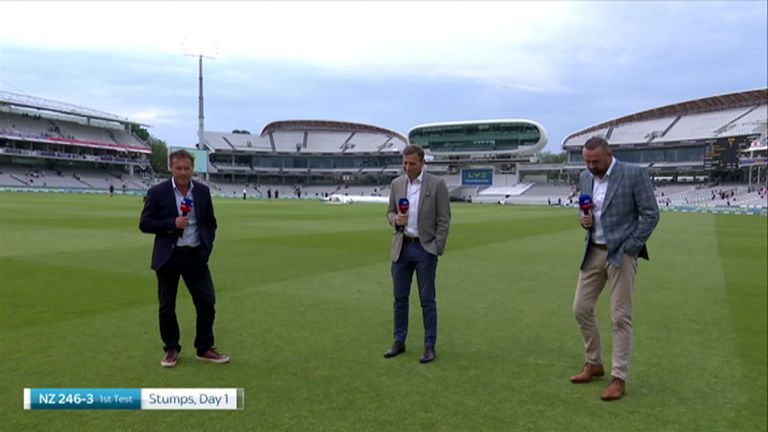 “He started to drive beautifully, he’s got a beautiful natural flow and rhythm to his game. I can’t think of a chance that he gave, he looked in total control other than perhaps a short spell against Mark Wood when he was hit on the body a couple of times.

“Wood’s pace just slightly disconcerted him – at 95mph there’s plenty who would be – and other than that I can’t think of a spell in the day when England were on top of him and looked like getting him out. Incredible innings.”

Former New Zealand fast bowler Simon Doull was equally impressed as Conway lived up to the high expectations on him ahead of his Test match bow.

“A brilliant day (for New Zealand),” he added. “I think the preparations were really good coming into the Test match, I know they had a bit of rain in Southampton but that Williamson XI vs Latham XI gave them a bit of game time and it looks like it has paid off.

“A brilliant day for Devon, it’s a day he’ll never forget and he’s backed up so much of the chat and the expectation around what people were hoping for him. He’s proved it today.”

Watch day two of the first Test between England and New Zealand live on Sky Sports Cricket from 10.15am on Thursday.