Former Wests Tigers centre Tim Simona is reportedly making a formal bid to be allowed to return to the sport.

New Zealand-born Simona was suspended "indefinitely" for betting on NRL matches in 2017. He was also found to have defrauded charities by selling signed jerseys and keeping the money.

Simona, who played for the Tigers between 2011-2016 and also represented Samoa, will make a submission to the Rugby League Players' Association this week to overturn the ban, according to the Daily Telegraph. 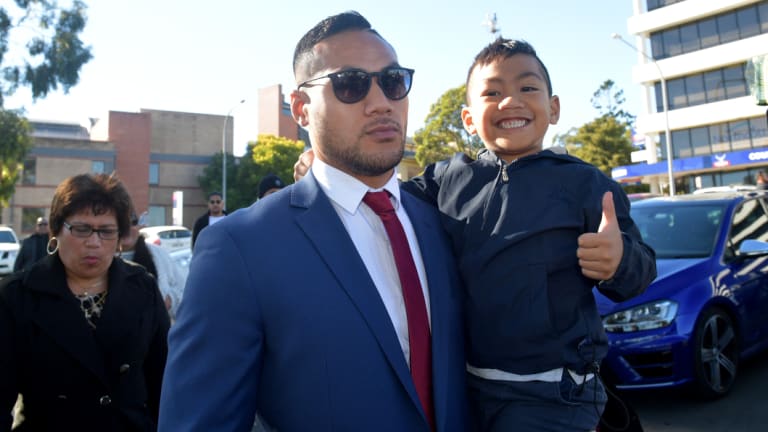 Punishment: Tim Simona convicted of a fraud charge and handed a good behaviour bond in 2017.Credit:AAP

“I just have to have a football in my hands,’’ the 27-year-old said. “I have to have rugby league in my life.

“I go to the park with a football nearly every day and I dream of once again playing in the NRL. I want it more than anything.’’

As well as submitting a dossier that states the community work he has undertaken since his ban, he has also penned a letter to the RLPA detailing the lessons he has learned and difficulties he has faced.

“The past two years have been the hardest of my life,’’ Simona wrote. “I appreciate the invaluable lessons I have learnt, which have been many.

“I have established that my true friends have gone from in the hundreds to a handful. I have been cut off, laughed at, made fun of, accused of things I didn’t do.

“My family had relied on me and my income to pay for food, rent, bills and holidays. In my culture the children support the parents and relatives overseas and I have not been able to do that, I have let them down.

“They are everything, they’ve kept me positive, made me realise that I’m not a bad person. I appreciate life more, I take nothing for granted.’’

As well as being found guilty of betting on matches, Simona received a good behaviour bond for selling signed jerseys and keeping the proceeds, which were supposed to go to charity.

His rehabilitation has reportedly included working with a gambling psychologist as he deals with "the most gut-wrenching, difficult, embarrassing, shitty, shaming" incident in his life, adding it left him "to the point I didn’t wish to live".

He has also worked as a personal trainer for clients with special needs. 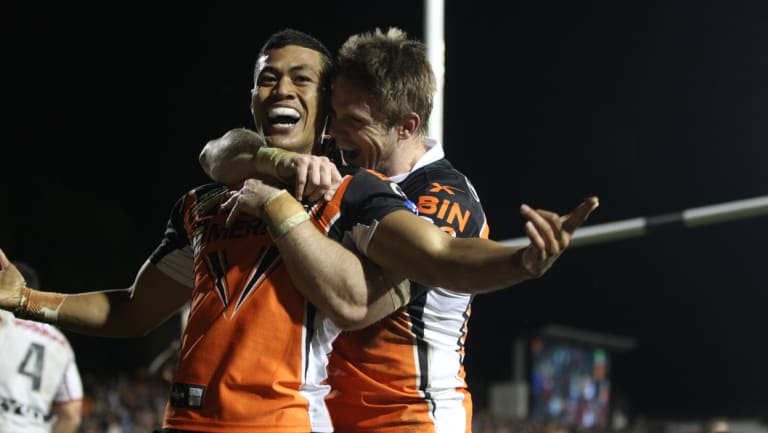 If he does receive clearance to return to the professional arena, a situation NRL chief executive Todd Greenberg described as "very hard to imagine" at the time of his ban, at least two clubs have reportedly already expressed interest in signing him if he is cleared to return.