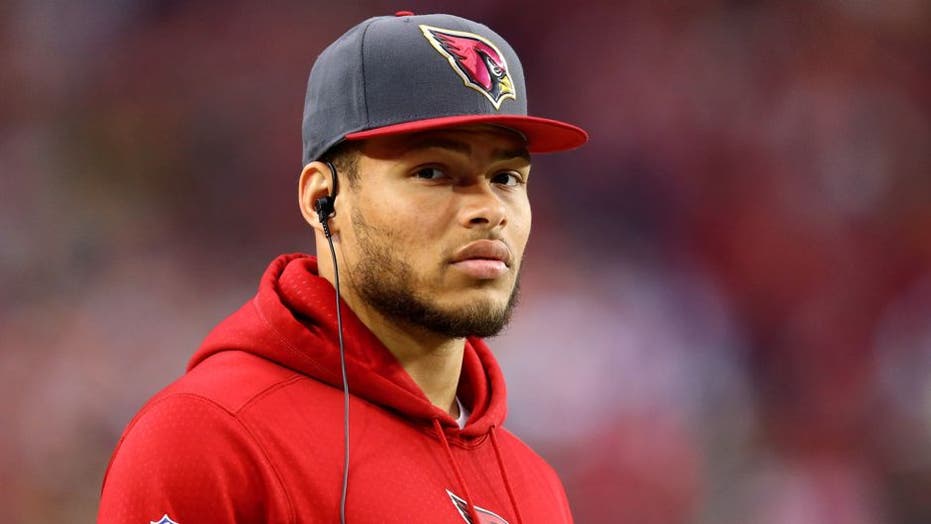 Fox News Flash top headlines for May 22 are here. Check out what’s clicking on Foxnews.com

A distant relative of Kansas City Chiefs star Tyrann Mathieu was arrested for allegedly trying to extort millions from the defensive back, according to federal investigators.

Geourvon Sears, of New Orleans, was accused of telling Mathieu he would go to the media and accuse the six-year NFL veteran of sexual misconduct if he didn’t pay him large sums of money, WDSU-TV reported Tuesday, citing a federal affidavit.

BUFFALO BILLS PLAYER WILL WEAR O.J. SIMPSON'S NO. 32 FOR FIRST TIME IN MORE THAN 40 YEARS

Sears, whose exact relation to Mathieu was not immediately clear, allegedly called the NFL star around April 20 and told him he needed “$1.5 million deposited into his account,” according to the station. In a separate text, Sears allegedly told Mathieu he needed “$5 million by Friday, I’m done talking, emailing TMZ now.”

As of Tuesday, Sears was out on bond.

Mathieu is from New Orleans and played college football at LSU where he earned the nickname "Honey Badger" for his toughness on the field. He signed a three-year, $42 million deal with the Chiefs in the offseason. He previously played for the Arizona Cardinals and Houston Texans.