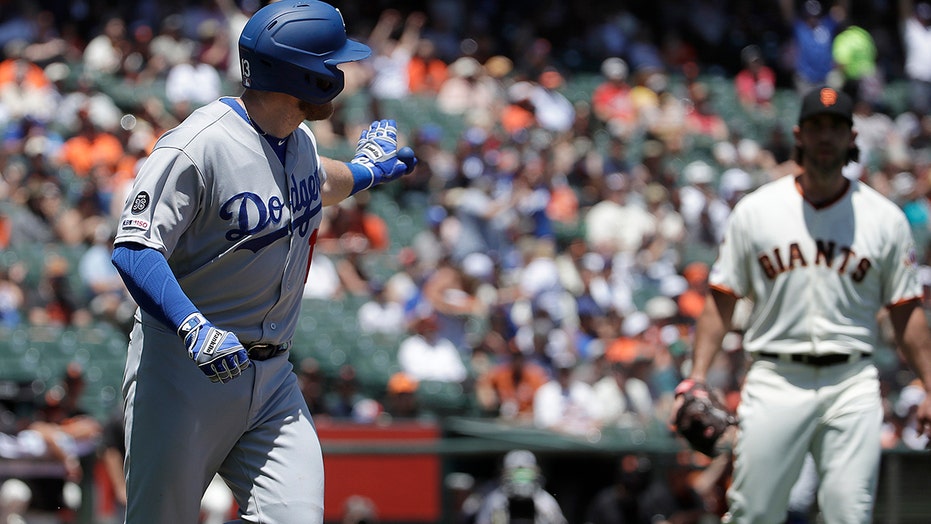 Max Muncy on Sunday added another chapter into the historic rivalry between the Los Angeles Dodgers and San Francisco Giants with a home run off of Madison Bumgarner.

Muncy blasted a Bumgarner pitch into McCovey Cove in the first inning and it was clear that Bumgarner had no patience for the infielder who stood by home plate to admire his home run.

Bumgarner was barking at Muncy to start running around the bases instead of just standing there. And while Muncy took his home run trot, the two traded barbs.

Muncy elaborated what the two were talking about in a postgame interview with Sportsnet LA’s Alanna Rizzo.

“I told him if you don’t want to watch me watch the ball you can go in the ocean and get it,” Muncy said. “I yelled at him, he yelled at me. I don’t know if he even heard me. Honestly, I thought it was one of my tamer bat flips.”

Bumgarner said he took exception to Muncy striking a “pose” after the home run, according to MLB.com.

“I can’t even say it with a straight face. The more I think about it, I should just let the kids play, that’s what everybody is saying, but I can’t. He just struck a pose and walked further than I liked. That’s fine. If you want to do that, do it, but I’m going to do what I want to do. They want to let everybody be themselves. Let me be myself. That’s me. I’d just as sooner fight than walk or whatever. Just do your thing. I’ll do mine,” Bumgarner said.