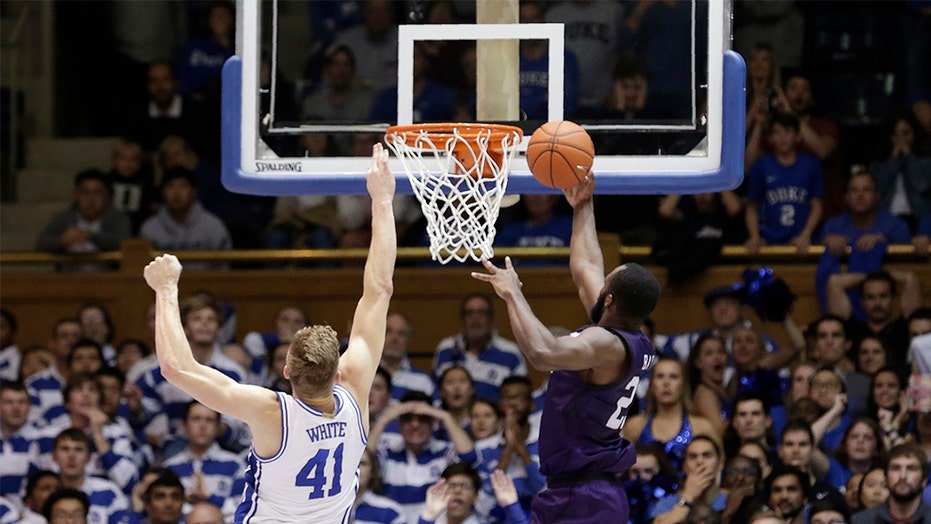 Duke, the No. 1 college basketball team in the country, was stunned Tuesday by Stephen F.  Austin, losing in dramatic fashion in overtime. But the biggest shocker has been the spike in funds raised for the family of the player who hit the game-winning layup.

A two-month-old GoFundMe page set up to help Nathan Bain’s family in the Bahamas rebuild from Hurricane Dorian damage had raised more than $97,000 and counting just before 10 p.m. ET Wednesday, a huge spike from the roughly $2,000 it had raised over several weeks before Tuesday night’s game, The Associated Press reported. 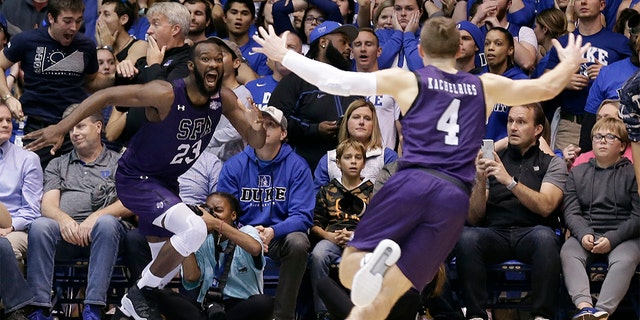 The fundraiser generated more in donations in less than 24 hours after the game than Stephen F. Austin made from Duke for coming to Cameron Indoor Stadium in Durham, N.C., and playing the game in the first place.

SFA’s guarantee from the game was $85,000, a school spokesman said.

GoFundMe spokeswoman Aja Shepherd said the Bain family page was the second-most popular campaign Wednesday, surpassed only by one for victims of an earthquake in Albania. More than 1,500 donors from all 50 states gave an average of $36, she said.

Bain said Wednesday the donation totals “skyrocketed” after the game.

“I was just in disbelief at what basketball had done for my family,” the 6-foot-6, fifth-year senior guard told The Associated Press by phone. “It was truly a blessing.”

The initial fundraising goal of $25,000 was increased to $50,000. That goal, too, was surpassed by early Wednesday afternoon.

“I want them to know how much … we appreciate it, and how thankful we are that we’re alive,” Bain’s father, Norris Bain, told the AP. “As bad as it is, it could have been a lot worse.”

Norris Bain said the storm left more than 10 feet of water in the family’s single-story home in Freeport, Grand Bahama, and the house was “totally gutted” and none of their possessions recoverable. And the church he runs, Tabernacle Baptist Church, had 5 feet of water inside; its affiliated K-12 school had 4 feet of water and a hole in the roof caused by the Category 5 storm that hit the islands.

He said the roof has been fixed and enough repairs have been made to reopen the school, but the phone system has not been fully repaired, among other things. 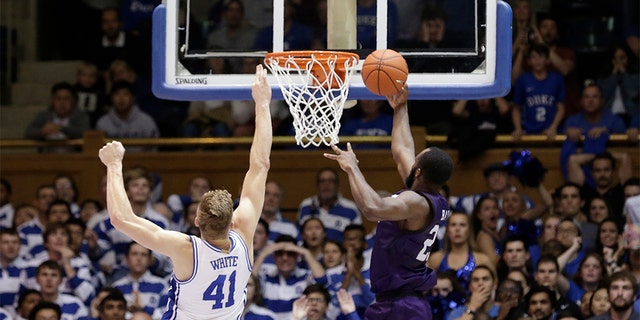 ESPN called  SFA's win the biggest college basketball upset in 15 years and pointed out that the Blue Devils were favored by 27.5 points. It was the school’s first nonconference loss on their home court since 2000. Duke held a 15-point lead at one point in the game.