Millionaire English soccer star Wayne Rooney has been arrested and fined $25 for being drunk at an airport in the US.

Police say Rooney was jailed on December 16 after his arrest at the Dulles International Airport in the state of Virginia and then released.

Court documents say Rooney was charged with public swearing and intoxication. He paid a $25 fine on Friday. 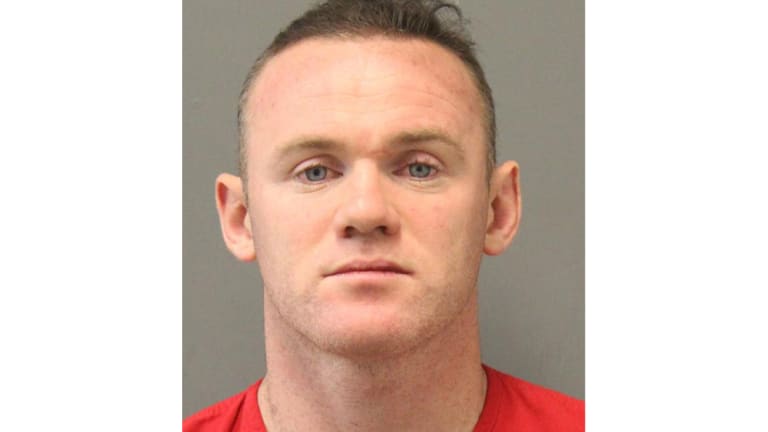 The arrest came when he was left "disorientated" by prescribed sleeping tablets he took on a flight while drinking, his spokesman said.

"Wayne Rooney was arrested and detained at Dulles airport following a long flight from Saudi Arabia after a one-day promotional business trip," the spokesman said in a statement.

"During the flight Wayne took a prescribed amount of sleeping tablets mixed with some alcohol consumption and consequently was disorientated on arrival.

"He was approached by police who arrested him on a minor misdemeanour charge.

"He received a statutory automatic fine and was released shortly afterwards at the airport. The matter is now at an end."

Before coming to play in the US this year, Rooney, 33, starred for Manchester United in the English Premier League.

His 208 career goals make him the league's second all-time scorer. He was also the all-time leading scorer for England's national team.

When he joined Washington-based DC United, he became the latest in a series of European stars to play in Major League Soccer late in their careers. He helped the team reach the playoffs last year.

DC United said in a statement that it was aware of reports of the arrest, but declined further comment.