THERE'S plenty of top racing action at Meydan this Saturday, with Thunder Snow an 11-2 shot to successfully defend his Dubai World Cup crown.

But who will be there representing the British and Irish teams at the meeting? Here are some of the horses to be keeping an eye on at Meydan… 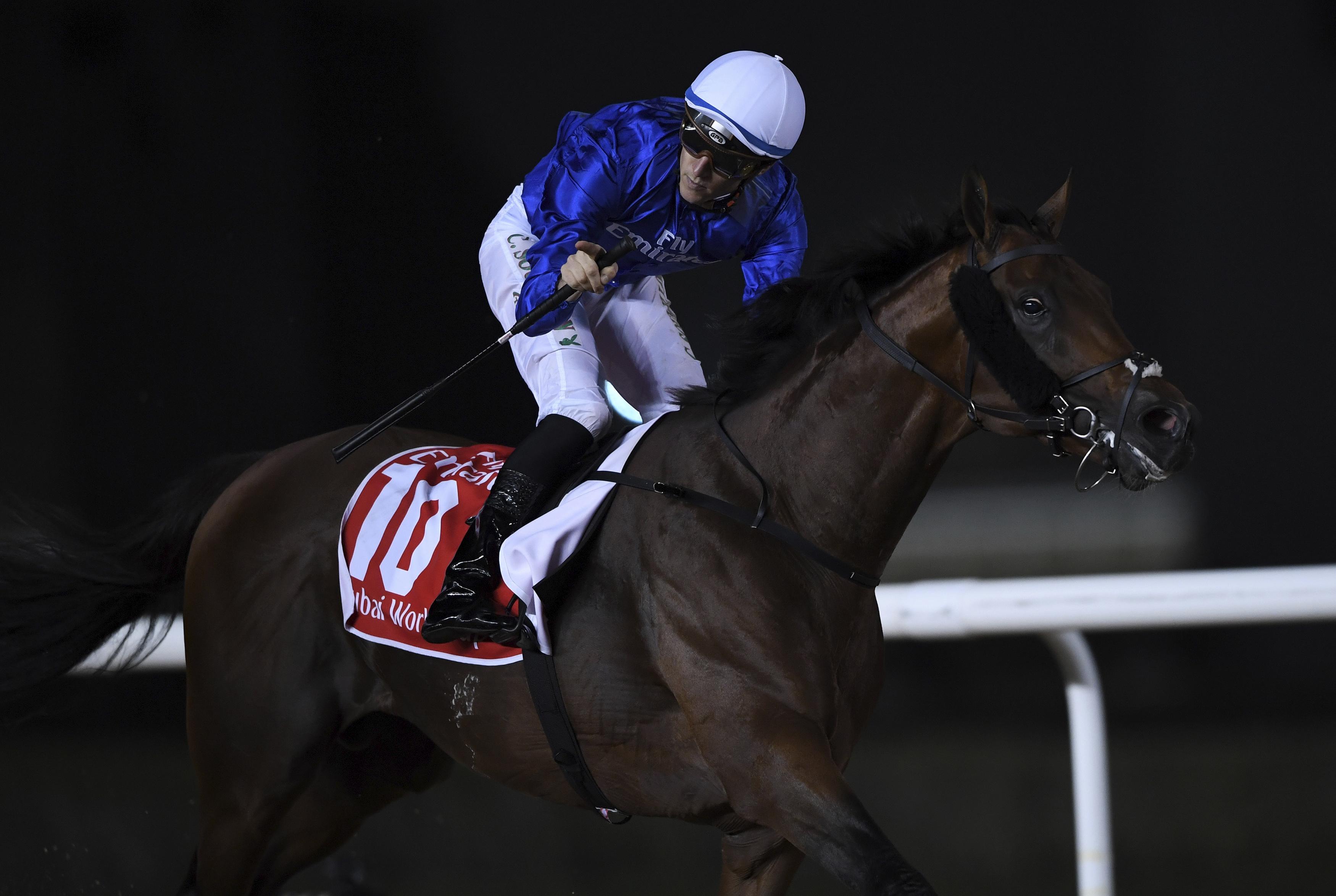 Just the the two 'home' contenders to look out for here and we start with Simon Crisford who saddles 20-1 shot African Ride.

The five-year-old has had a successful stint in Meydan which saw him bag a decent handicap over course and distance last time out.

That said, he needs to step up on that form to be involved here and looks a place chance at best.

Saeed bin Suroor has plenty of challengers on Dubai World Cup night and sends Major Partnership to compete in the opening contest.

He's shown steady improvement and at the age of four has the scope to progress – this is a tough ask and his 20-1 price reflects that.

Plenty of British challengers here, including Melbourne Cup winner Cross Counter who makes his first start since his Flemington triumph back in November.

Unsurprisingly Charlie Appleby's hope is the 13-8 favourite and while fitness won't be an issue, this Group 2 contest is an entirely different ball game to the Melbourne Cup.

Stablemate Ispolini bolted up in a Group 3 race here last month and has to enter calculations – whether he is worth the 2-1 price tag is debatable though.

Charlie Fellowes saddles globetrotter Prince Of Arran who was far from disgraced when third behind Cross Counter in Melbourne and was last seen finishing fourth at Meydan earlier this month over a trip too short.

A return to this distance will suit and he looks a cracking each-way bet at the 16-1 on offer in places.

The Saeed bin Suroor-trained pair of Team Talk and Red Galileo have plenty to find in this field.

Three horses to keep an eye on here with Charlie Appleby's Blue Point the hot 4-7 favourite.

He has impressed in both starts at Meydan this year and looks hard to beat. Richard Fahey's Group 1 winner Sands Of Mali has claims on his best form but hasn't been seen since winning the Group 1 QIPCO British Champions Sprint in October.

A strong hand from the British and Irish team here as Charlie Appleby's Divine Image heads the betting at 5-2. Already a Listed and Group 3 winner in Dubai this three-year-old filly could well have the beating of the colts.

William Haggas' Jahbath warmed up for this with a smooth win at Kempton and is one to keep an eye on as is Aidan O'Brien's Van Beethoven who had plenty of smart form as a two-year-old and is likely to improve for his comeback run at Dundalk.

Saeed bin Suroor's Swift Rose completes the challengers but has to reverse form with Divine Image after finishing behind her on her last start.

Plenty in here to keep an eye on with Godolphin holding a strong challenge. Saeed bin Suroor's Dream Castle has been loving life out in Meydan this year and landed the Group 1 Jebel Hatta on his last start.

He has to be bang there and it would be no surprise to see Charlie Appleby's Wootton – second behind him in the Jebel Hatta – once again in the mix.

Aidan O'Brien's I Can Fly has some seriously good form in the book including when going down by a neck to Roaring Lion at Ascot in October last year.

She is fit from a recent run at Dundalk and looks a tasty each-way chance.

David O'Meara's Lord Glitters consistently runs well but usually falls just below the top level needed while Without Parole, Century Dream and Mountain Hunter all have plenty to find.

Charlie Appleby once again sees one of his top equines heading the market as Old Persian leads the way at 7-4 following a battling win over course and distance last time when beating Racing History.

It would be a surprise to see the latter overturn the form and Old Persian's strongest challenger could be Aidan O'Brien's Magic Wand.

The four-year-old filly finished second in the Pegasus World Cup Invitational Stakes on her last start and has to be respected.

Just the one horse to keep an eye on here but it's none other than last year's winner Thunder Snow.

He absolutely bolted up last year and is back to defend his crown – although he was well beaten on his first start at Meydan this year.

That said, he's a Group 1 horse and must be kept a very close eye on.