The English full-back made history for the Hornets when he played 280 consecutive Football League games after he joined in 1963. Tributes poured in from fans after Watford confirmed the tragic news on their Twitter page.

Alongside a photograph of him in action, it read: "#watfordfc are deeply saddened to learn that club legend Duncan Welbourne passed away this morning, aged 78.

"Our thoughts are with Duncan's family and friends at this difficult time."

He was born in Scunthorpe in 1940 and he started his professional football at Grimsby as a winger. 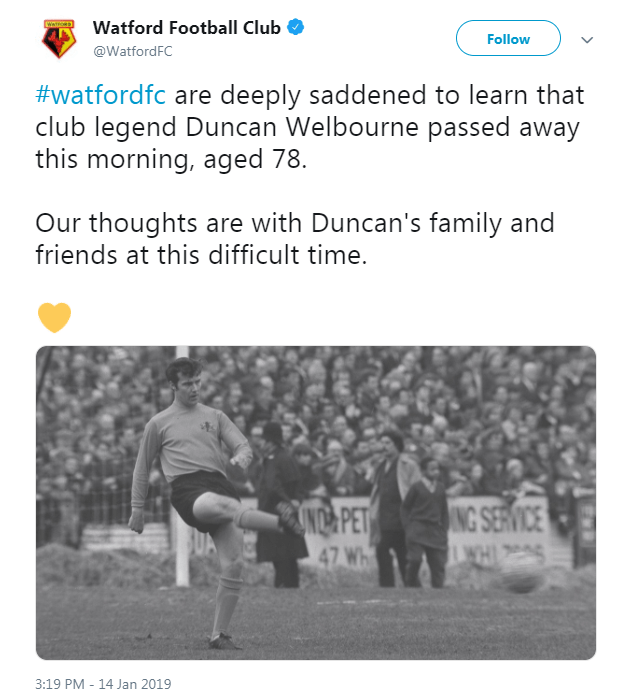 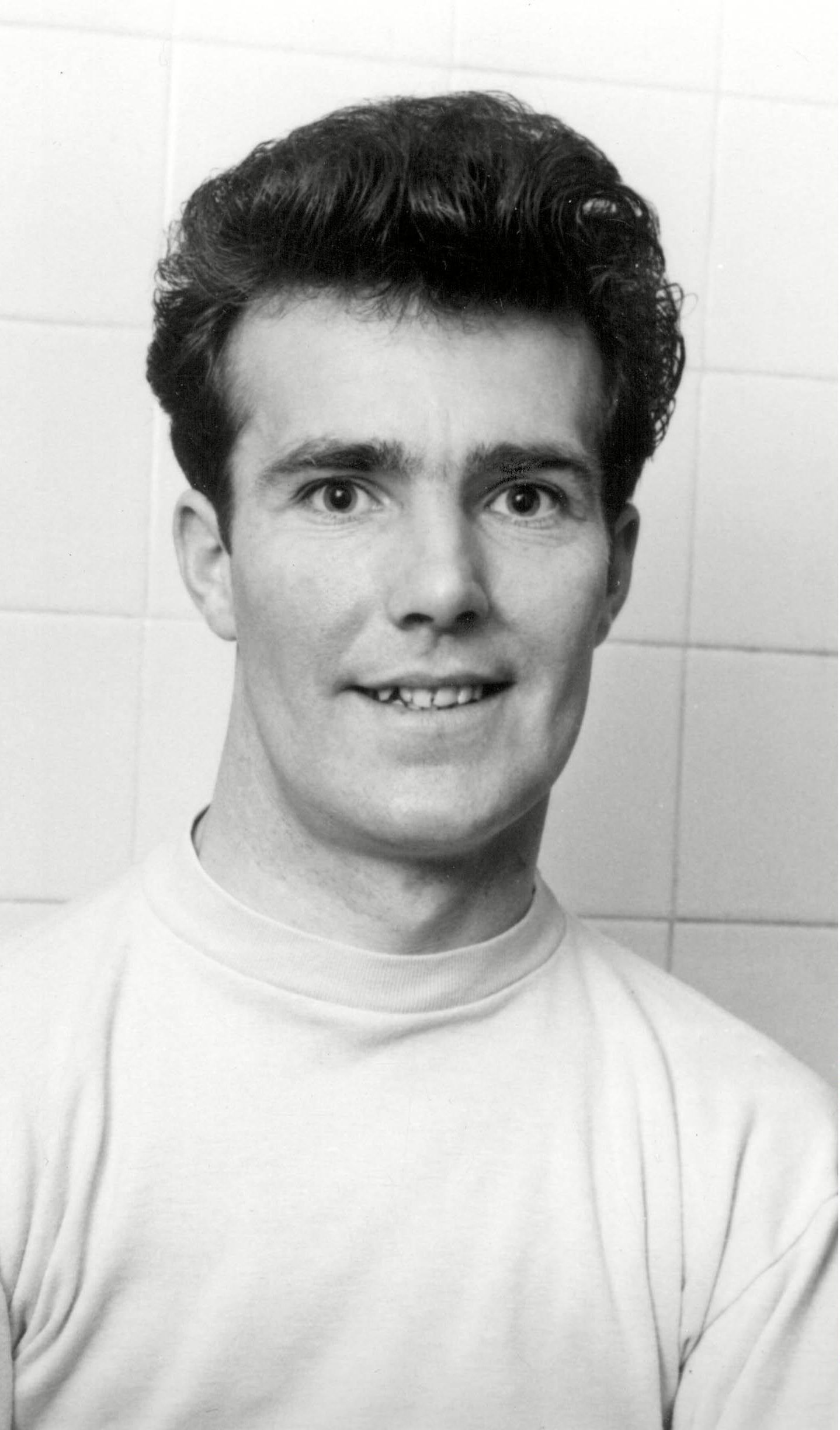 Watford signed him at the age of 23 for a fee of £1,300 and he established himself as a full-back.

When he was asked about his change of position, he told WatfordLegends: "Well I didn't really have the choice, but I grew into it."

He left Vicarage Road for a free transfer at the end of the 1973/74 season and joined Southport. 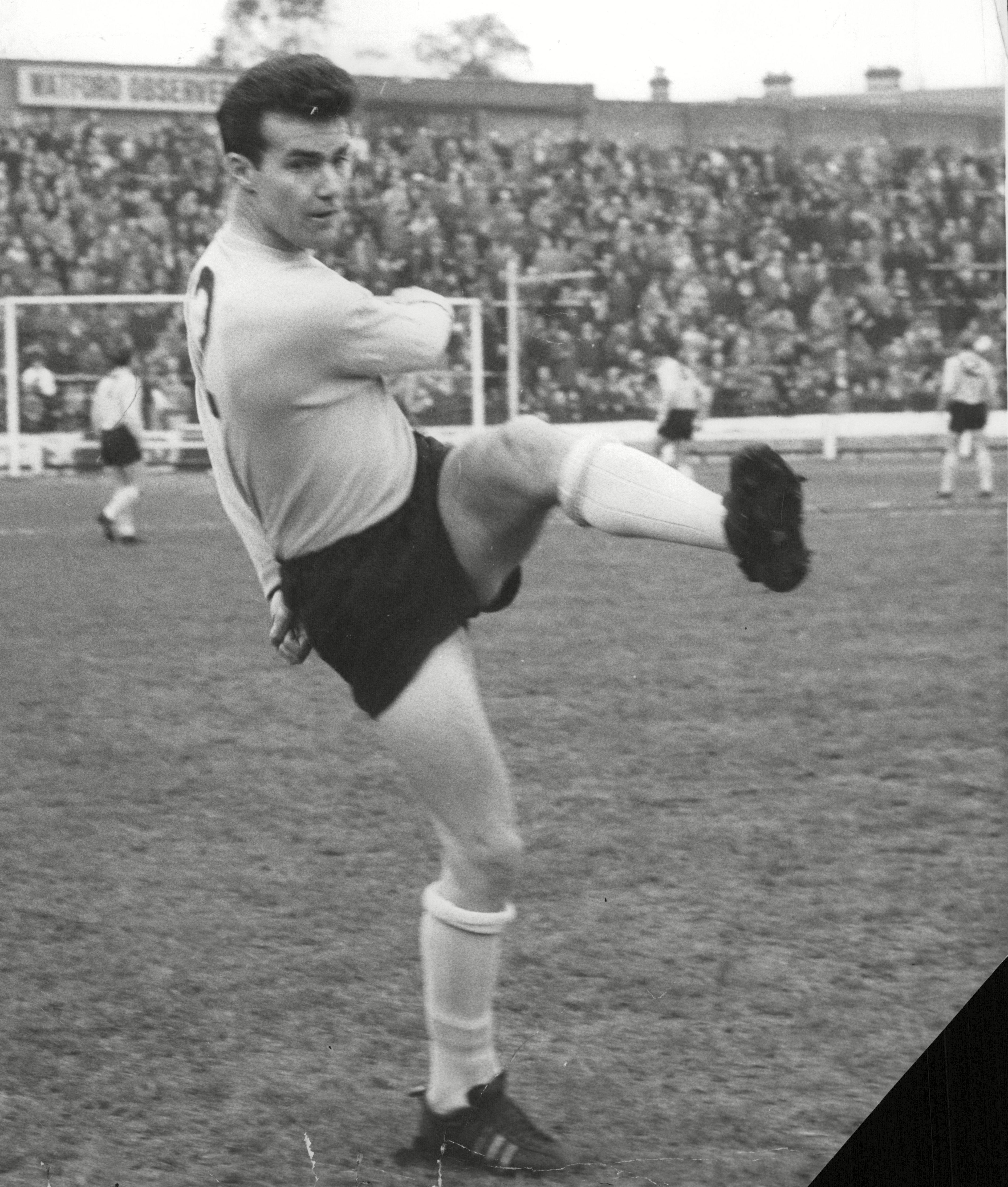 When asked why he left the Hornets, he said: "I loved playing at Watford and thought I would stay at the club. Unfortunately Mike Keen and I didn't get on.

"But Bill McGarry was then up at Southport and asked me to go there, and it gave me a good opportunity to go into management."

Welbourne took on a coaching role with the club and managed the club between from 1975 until 1976.

During the interview in 2012, he was asked how he thought he would get on as a footballer in the modern game.

He replied: "I think I'd get on well. I was fit and used to look after myself well.

"I think my attitude would serve me well against the modern player who seems to think he has made it as he signed a lucrative two year deal. Money first and medals second these days I'm afraid." 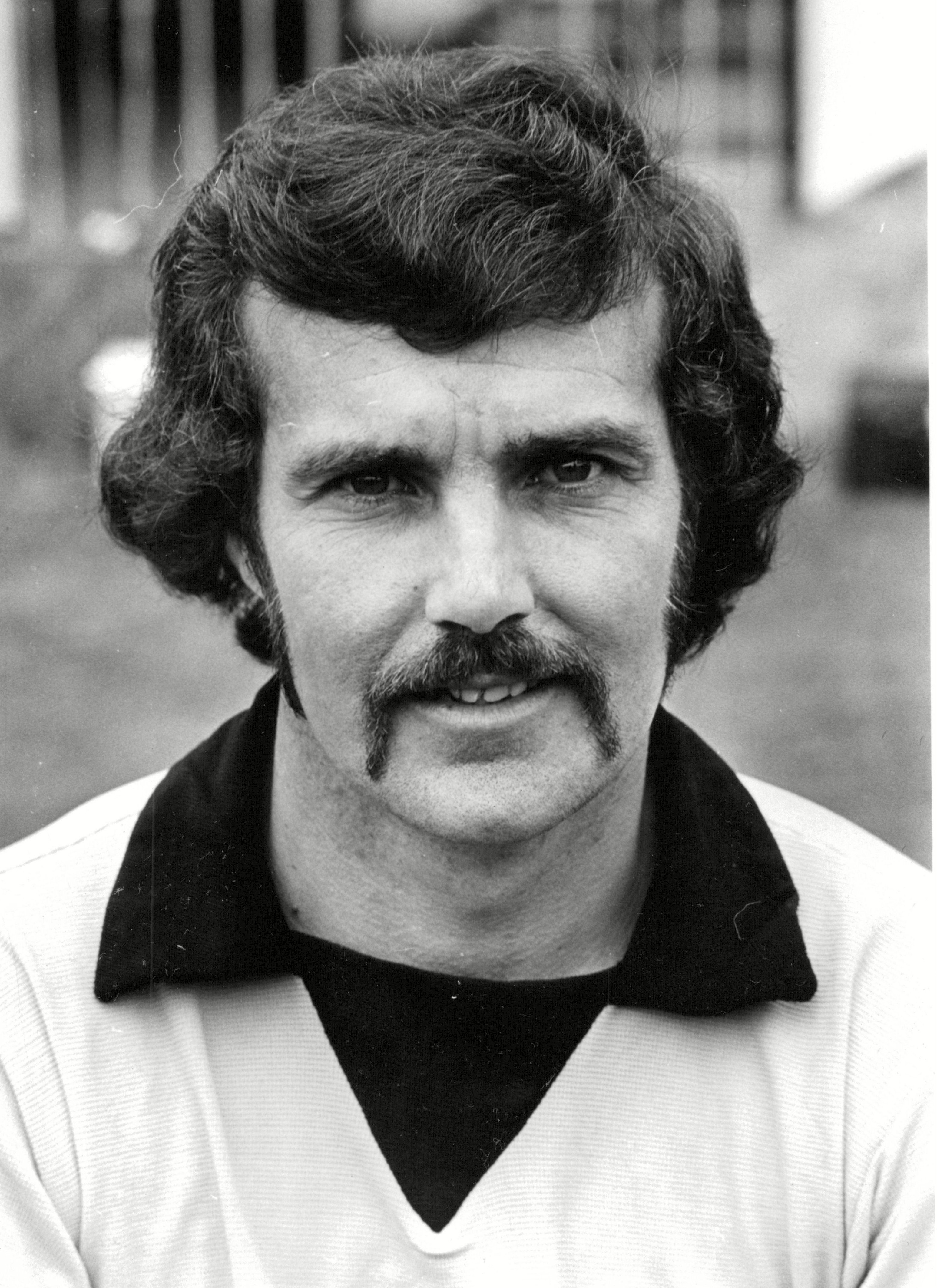