DUSTIN POIRIER opened up on his charity feud with Conor McGregor – but thanked him for the $500,000 donation to a local foundation.

Before the 32-year-olds rematched in January, McGregor vowed to donate money to Poirier's 'Good Fight Foundation'. 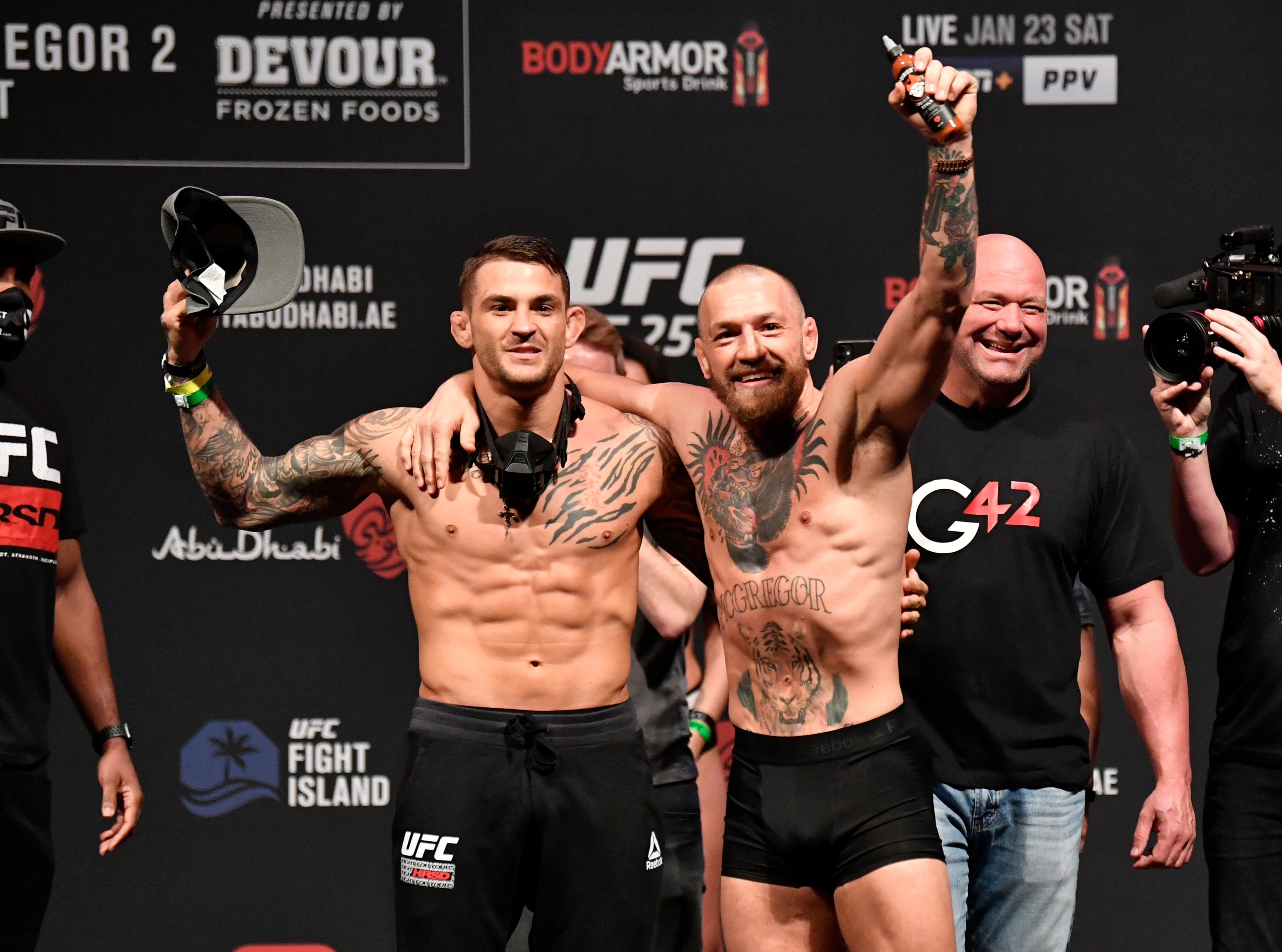 But after the Irishman was beaten, he was accused of not following through with his promise, sparking an online feud between the two, ahead of their trilogy on Saturday.

McGregor later went on to give $500,000 to the Boys & Girls Club of Acadiana in Poirier's hometown of Louisiana.

Having now received a donation for his charity, the American was thankful of the money going towards the local children's cause.

Poirier said on the UFC's Countdown show: "On fight week he said he was going to donate some money to my foundation, the Good Fight Foundation.

"His team reached out to my foundation on fight week, we were very responsive and replied to emails daily.

"We got all of our banking info for the foundation to start the transfer of funds.

"The fight happens and they completely stop responding to emails – so thats why I went public with the tweet.

"He was being cute online, saying here's a prediction I'm going to knock you out with a front kick and I said you also predicted a donation to my foundation, so I was just poking back at him.

"Of course you're going to talk about me and say things about me but I know how much my wife puts into the foundation and how much she's done.

"I never want to associate my foundation or the work we've done with any negativity and a dispute about a donation is negative.

"It's a great charity and the money's going to go where it needs to and help the youth in south Louisiana so charity wins in the end; mission accomplished."