Unai Emery had insisted his players had “no excuses” for not doing the business in their Europa League last 16 away tie at Rennes. 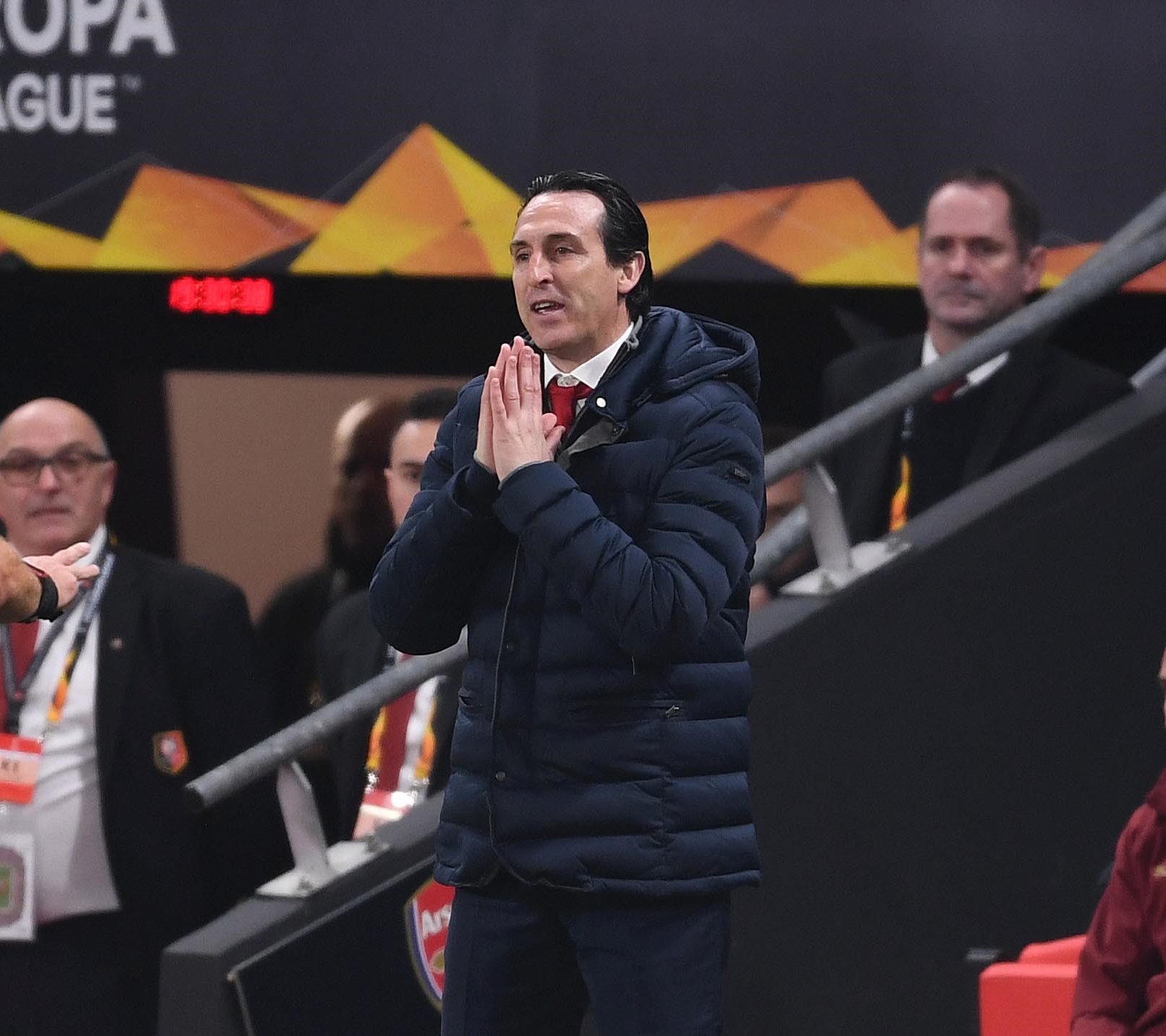 Instead, Arsenal ended up beaten and bedraggled, facing a 3-1 deficit which will require one of the club’s great European nights to put it right next Thursday.

Not since the 1970 Fairs Cup Final, when they won 3-0 in the second leg at Highbury after losing 3-1 at Anderlecht in the first game, have the Gunners retrieved a two-goal deficit in Europe.

Indeed, they have only gone through after losing the first leg four times in total.

The most recent of those was in 2010, when a 2-1 loss to Porto was avenged with a 5-0 second leg Champions League thumping.

Before that, single goal deficits were wiped out against Hajduk Split in the 1978-79 Uefa Cup and Sturm Graz in the Fairs Cup in 1970-71.

Emery recognised his side – who will again be without the suspended Alexandre Lacazette for the second leg – had struggled in the wake of the Sokratis red card that left them down to ten men for 50 minutes.

And with born-again Manchester United arriving at the Emirates on Sunday, in what is a must-win game for both sides as the top four chase reaches its final straight, Emery has to turn things around really quickly.

Arsenal were, by all measures, poor in France.

Indeed, without the reflexes of Petr Cech, the tie might have been all over already.

The zip and purposefulness they showed at Wembley last weekend, when Emery and his men knew they had tossed away two points, were simply not in evidence.

Even when given the boost of Alex Iwobi’s fluke opener – it was never meant to be a shot – Arsenal were off the pace.

And once they were a man light, Rennes took command, flooding forward just as they had promised.

It all puts extra pressure on Emery to make changes and get things right over what is now a pivotal week.

Emery must banish this mood and galvanise his players and the supporters.

The Arsenal fans have not lost faith in the manager and are desperate for him to get things right.

But there is some disquiet at Emery’s style of play, a sense of dullness about the whole place.

Those fans need to play their part against both United and Rennes – but Emery and his players, in turn, must provide something that will get them off their feet.

This was supposed to be the season that Arsenal got back on track, a force renewed.

Yet they enter the most critical seven day period of the season so far with a big black cloud hanging over everything.

Emery must banish that mood and galvanise his players and the supporters.

It is his biggest test, yet, at Arsenal. He cannot afford to flunk it.