The 18 year-old sensation produced one of the most scintillating displays of her life last night as world number 41 Sara Sorribes Tormo was utterly destroyed in just 70 minutes to seal a spot in the second week of the US Open. 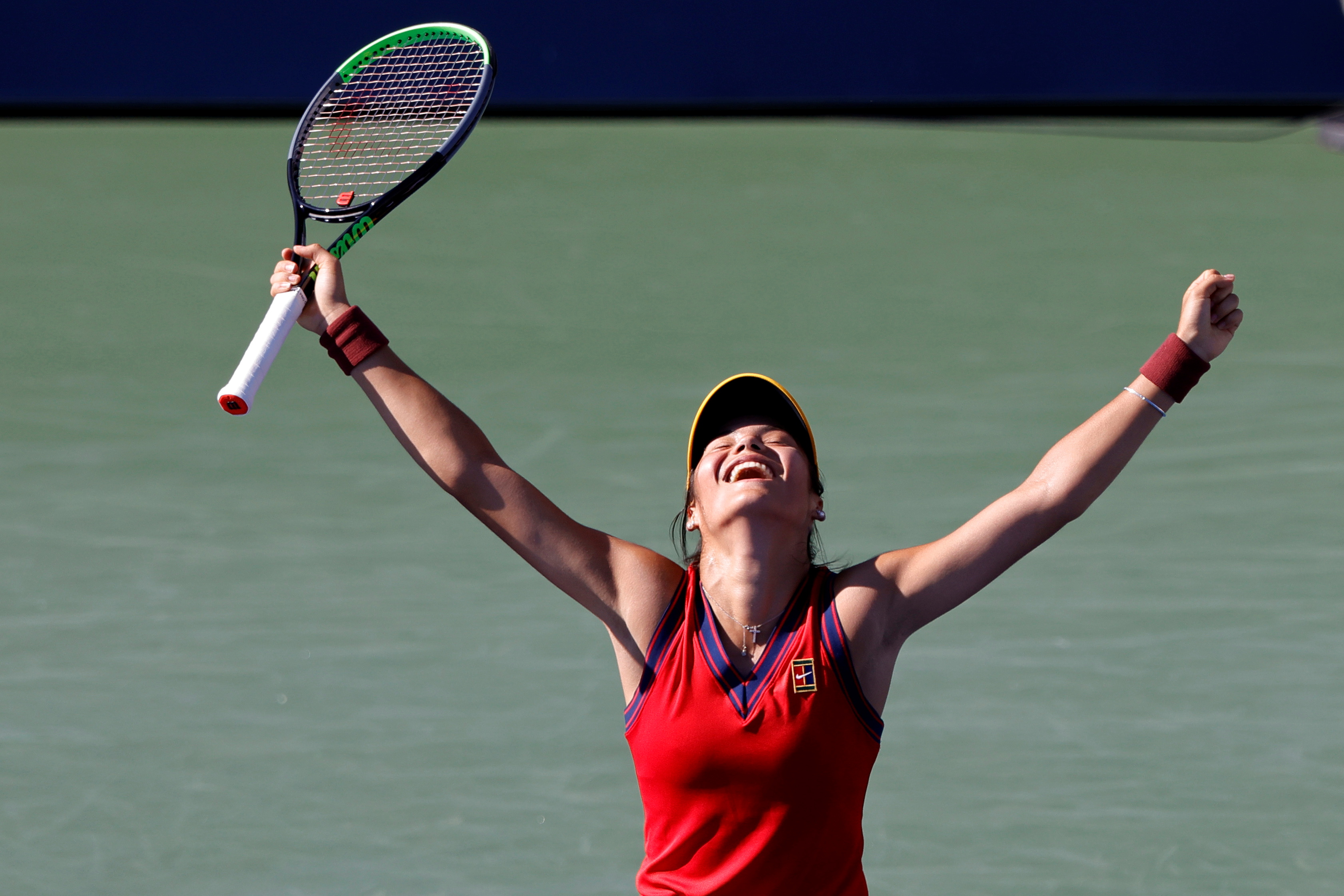 Raducanu was on fire from the start of this third round clash and thrashed the in-form Spaniard 6-0 6-1 to roar into the last 16 at Flushing Meadows.

There she will meet either world no1 Ash Barty or American Shelby Rogers who were set to play late on Saturday night here.

Whoever it is, however, Raducanu won’t care if this magical, dominant performance was anything to go by.

She said:”I was playing very well. I know Sara is an extremely tough opponent who doesn't make it easy so you have to be on your game every single point.

“You have to work really hard but I am just really happy I was able to maintain my level.

“I'm into the second week and I never thought I would be here. The crowd is so amazing. Honestly they helped me through so many moments.”

Raducanu has been seriously impressive here – she is yet to drop a set after coming through qualifying –  but her first set destruction of Sorribes Toro was right out of the top drawer.

The world no 41 has been enjoying an impressive season, winning 29 matches including a shock triumph over Barty at the Olympics.

The British teenage sensation, however, ripped her to shreds in an astonishing start to this third round match. If her Wimbledon displays were impressive, what she's doing in the Big Apple is something else.

Raducanu was all over the Spaniard’s weak serve and the power coming from her forehand in particular was just too hot to handle.

Poor Sorribes Tormo didn’t know what had hit her and it was more of the same in the second set.

The Kent starlet looks so assured for someone playing in just her second Grand Slam and although the tough times will invariably arrive at some point, right now the young Brit is loving every minute.

Incredibly, there were just 55 minutes on the clock and Raducanu was absolutely cruising.

Sorribes Tormo, 24, finally found some fight and kept the Brit waiting by winning a game to make it 5-1. It wasn't long though before another brilliant, sizzling forehand winner sealed the deal.

It’s never normally like this for British players – but then there’s nothing normal about Emma Raducanu.