The 18 year-old was thrown onto the Arthur Ashe Stadium, the biggest tennis arena in the world, for the first time in her last-16 clash with American Shelby Rogers. 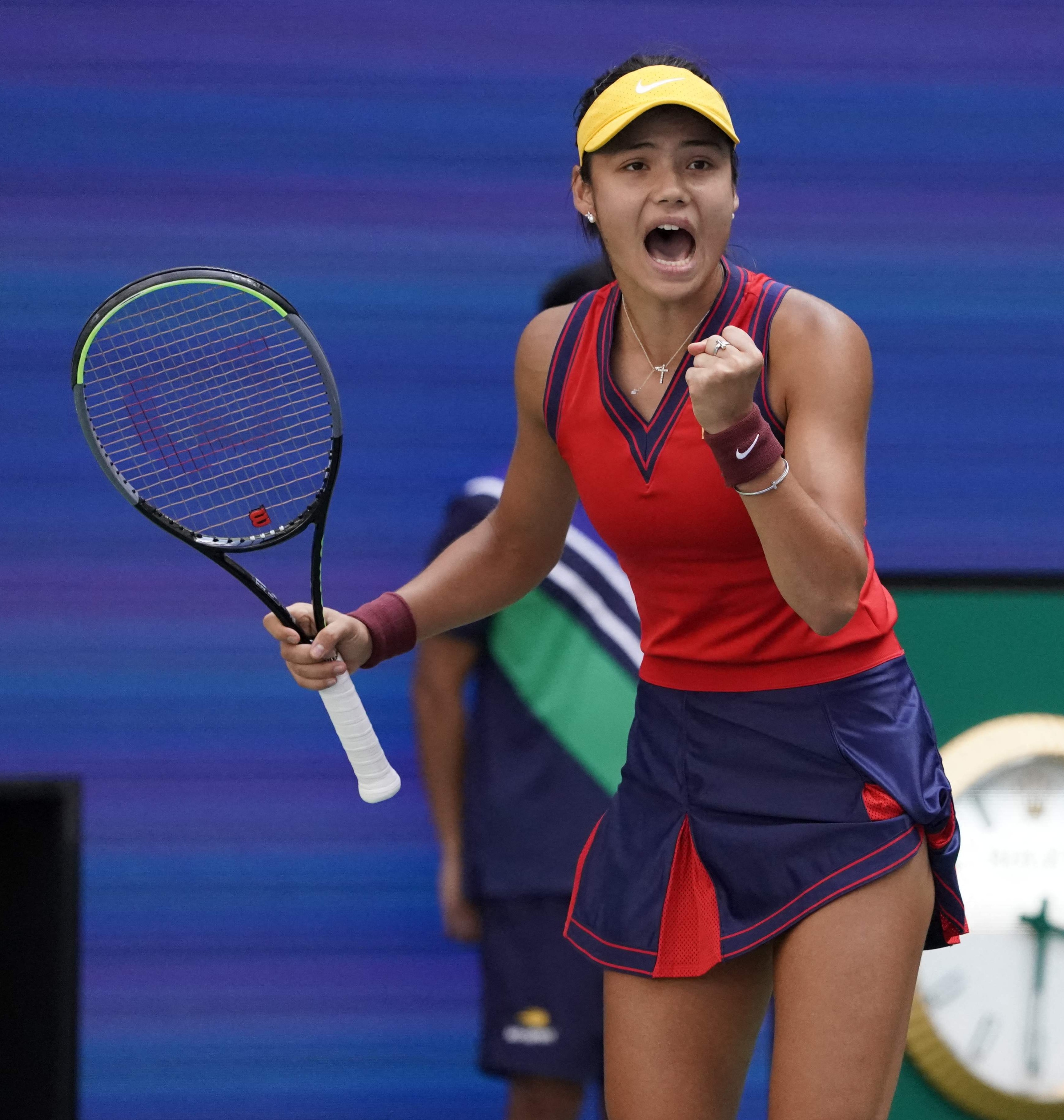 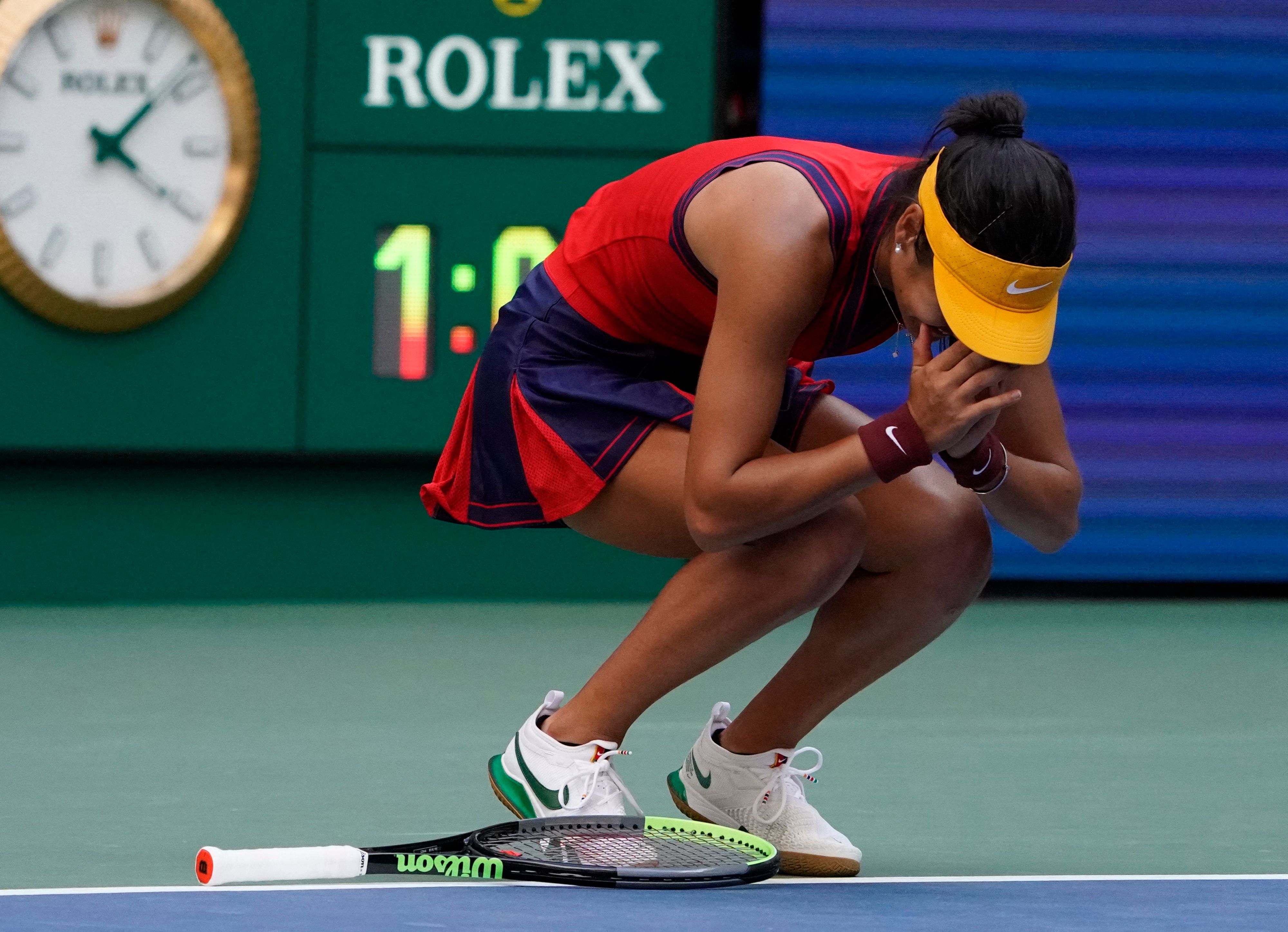 But the brilliant Brit wasn’t fazed at all as she superbly recovered from a nervy start to ruthlessly see off the world No 43 6-2, 6-1 to move into the US Open quarter-finals.

She will face Olympic champ Belinda Bencic, the Swiss world No12, who will seriously test the Kent star.

Yet red-hot Raducanu, watched by former US Open champ Virginia Wade, is full of confidence right now and anything is possible.

She is only the third qualifier to reach the US Open quarter-finals and has yet to drop a set.

Just a month ago Raducanu was receiving her A-level results.

Now she stands on the brink of tennis history after serving notice of her class at Wimbledon earlier this summer.

She said: "It feels amazing, I knew it would be a tough match but I am so happy to come through and overcome some of the nerves at the beginning.

“It definitely plays a part in motivation seeing some other young players do so well here, everyone is on their own trajectory but I am just pleased to be able to concentrate on my game and get through to the quarter-finals.

“Belinda is in great form and I will have to bring it on Wednesday.”

There were sure to be nerves for Raducanu and with Rogers breaking early, the Brit suddenly looked a bit wobbly.

Rogers, who beat world No 1 Ash Barty in the previous round, was hitting hard and clean and it could have been so different if the American hadn’t wasted two great opportunities to make it 3-0 in the first.

Instead, Raducanu weathered the storm, gained confidence and started to move through the gears.

Coming through qualifying can be exhausting for some players but the Brit has improved with every game and she began to dominate.

She quickly broke, and with Rogers starting to struggle Raducanu seized the opportunity and sealed the first set when she smashed a trademark forehand winner.

It was more of the same in the second, Raducanu breaking early and taking total control.

Rogers looked totally and utterly lost and the Brit, whose ranking of 150 will soar after this, was fist pumping and smiling all the way into the last eight after just 66 minutes on court.

The dream run shows no signs of stopping just yet. 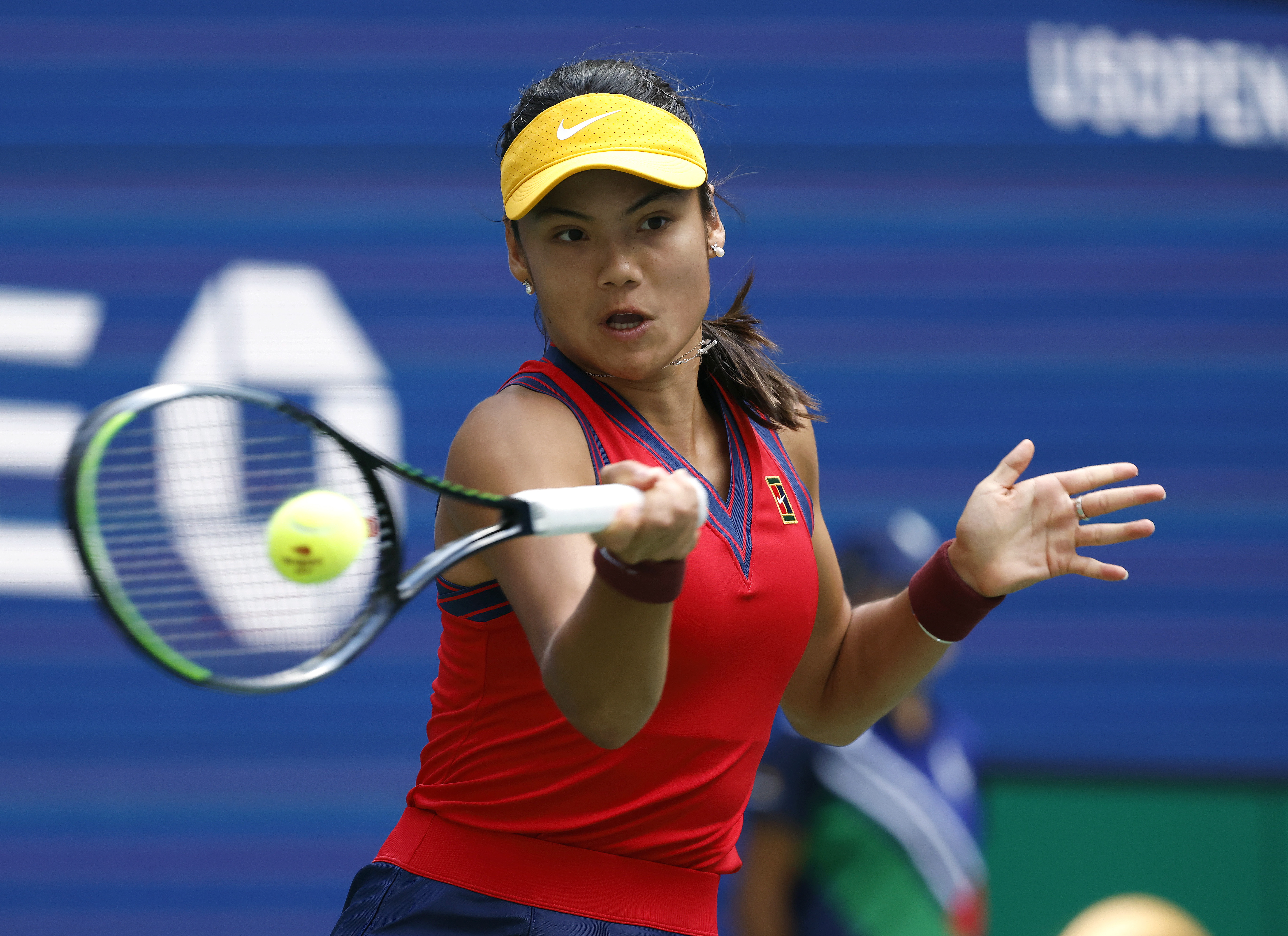 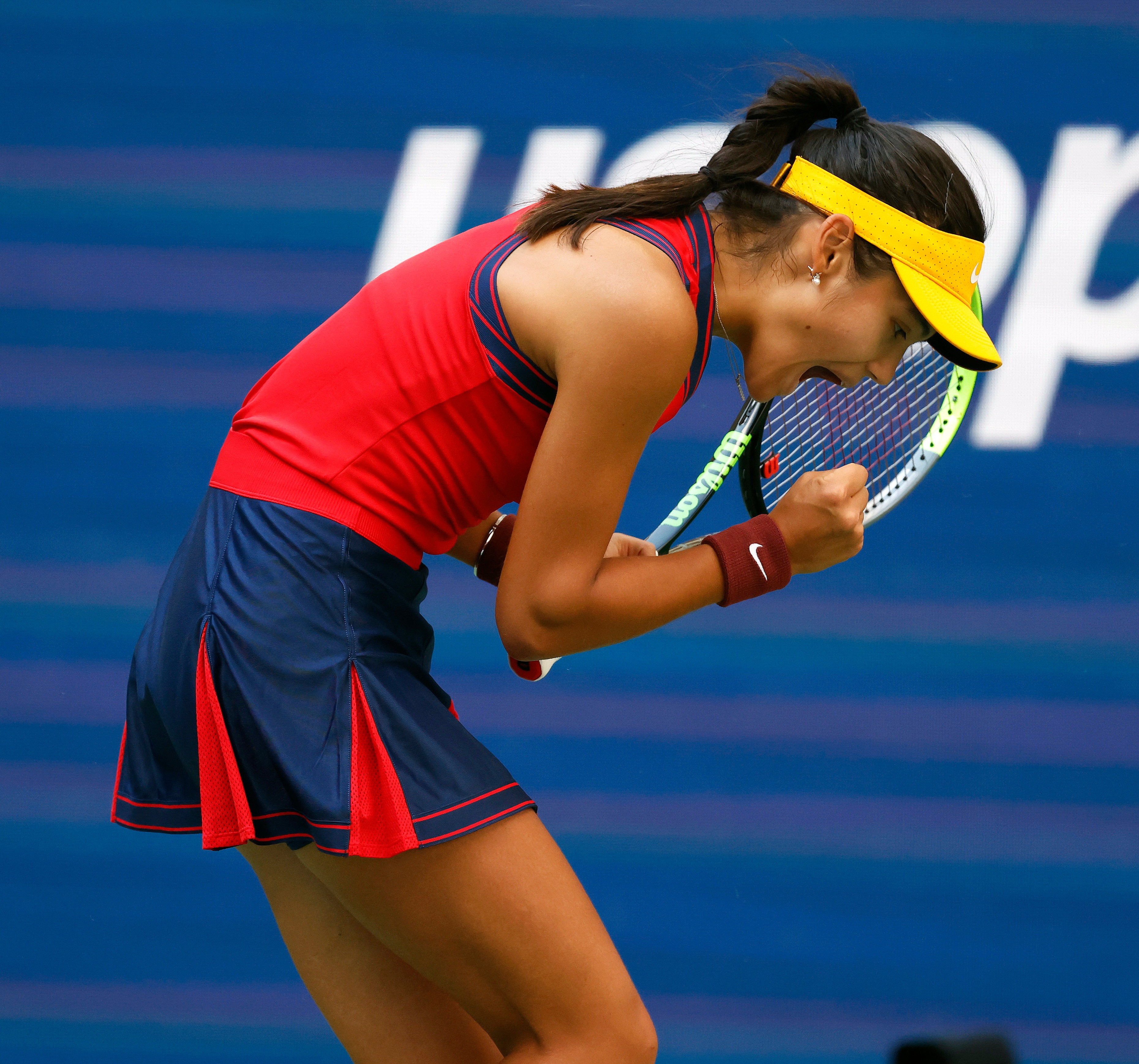 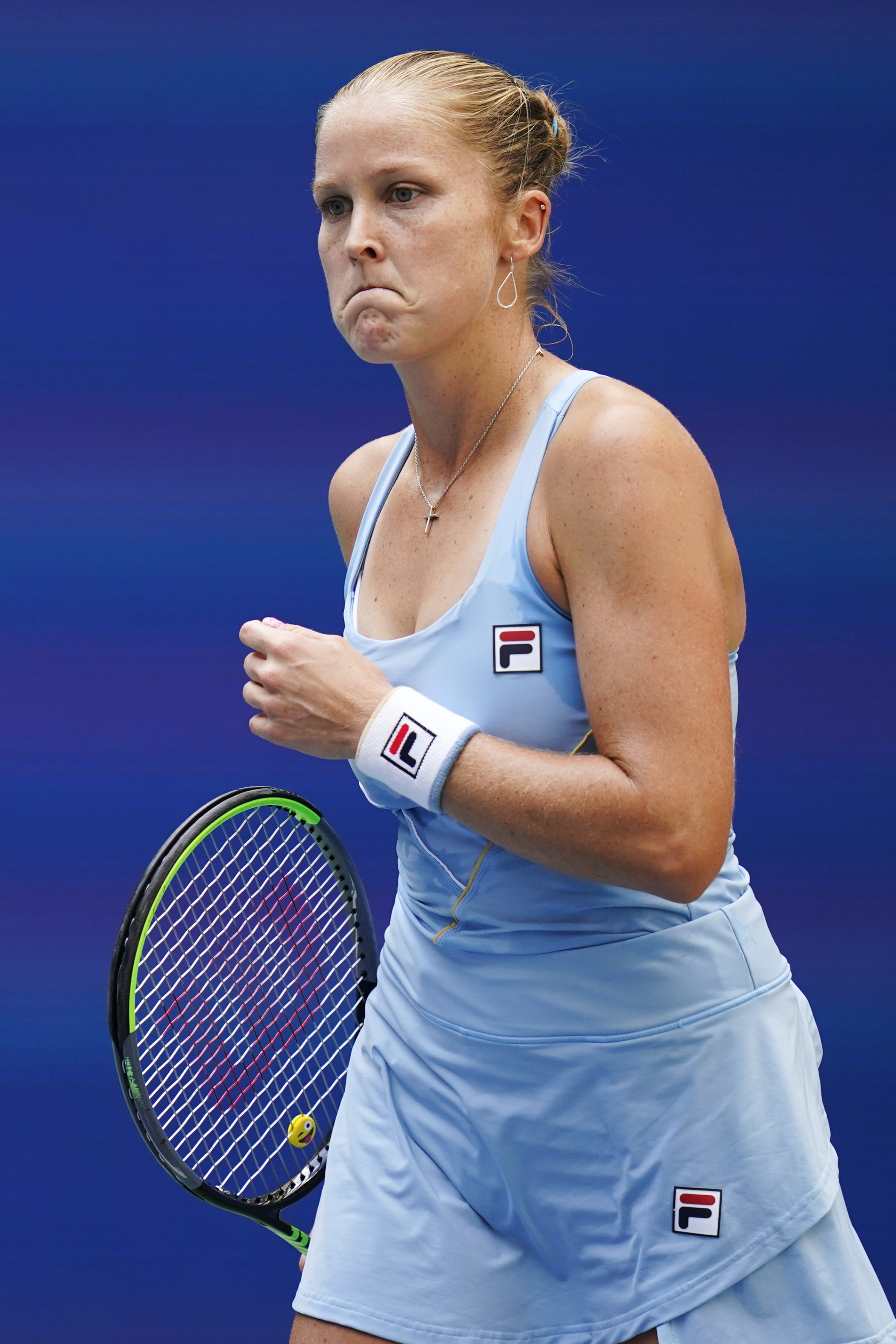