A FOOTBALL-mad England fan has shaved 'It's Coming Home' into his back hair. 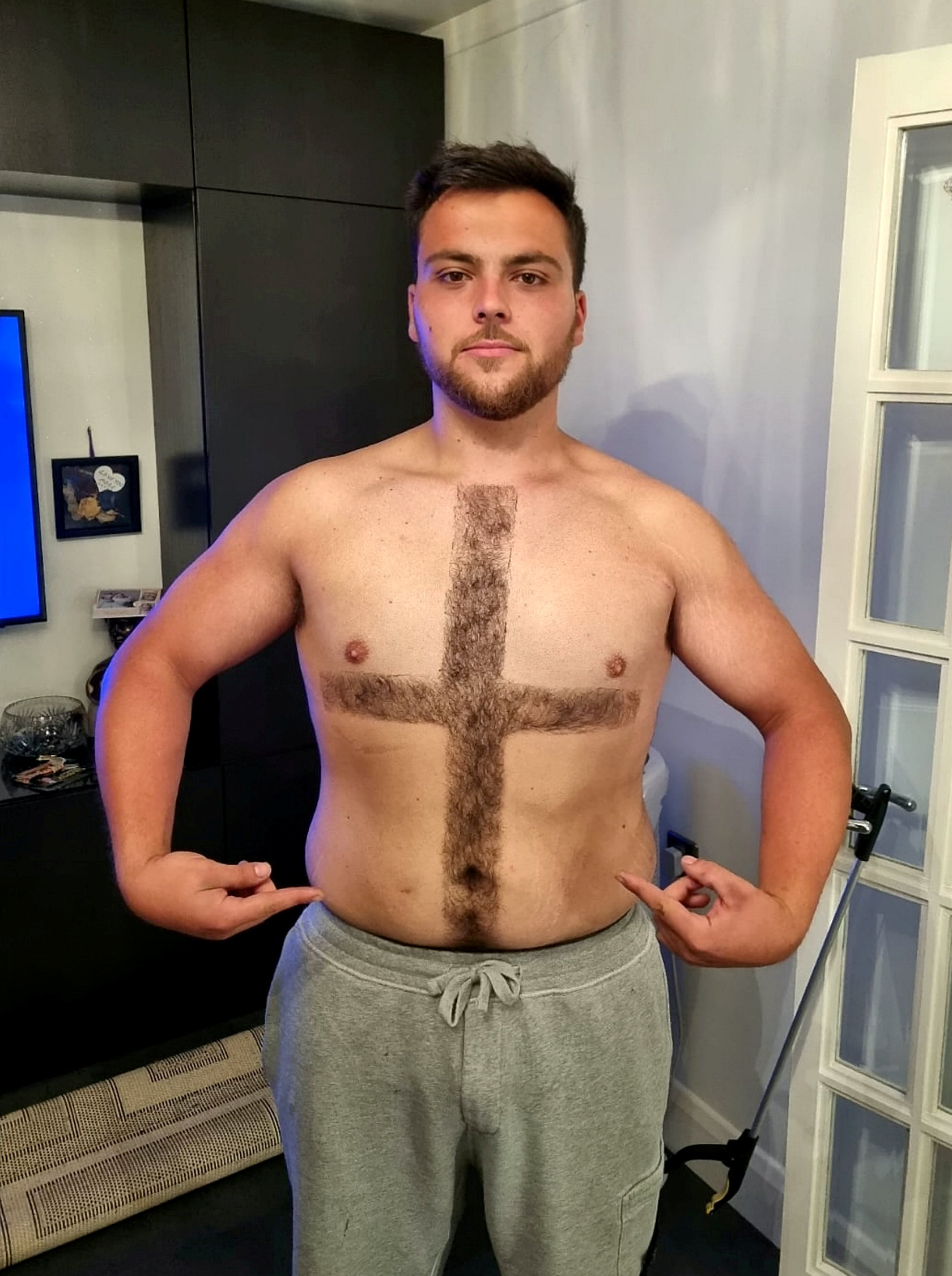 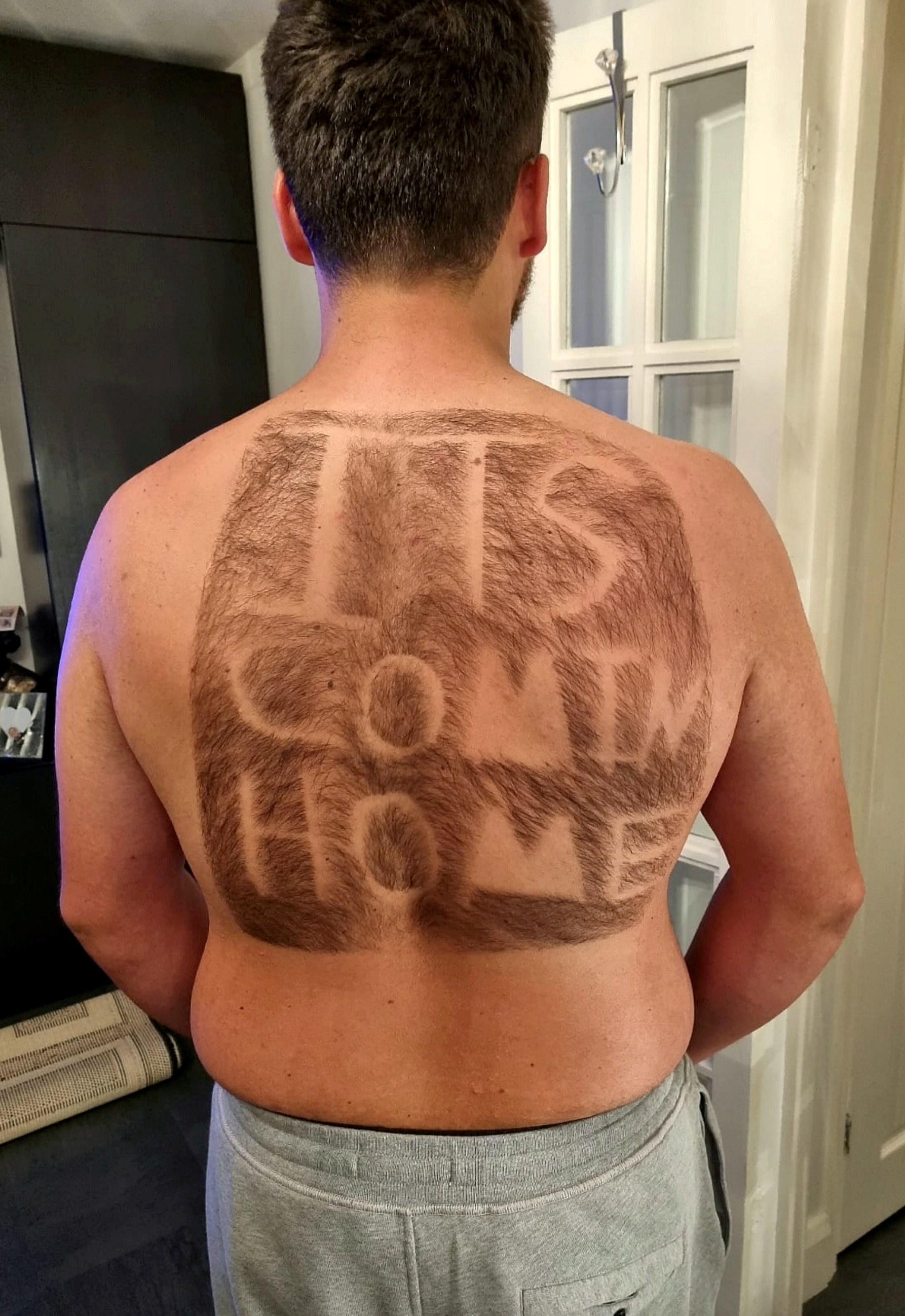 He told The Sun: “I have always been hairy and have ummed and ahhed about shaving my chest.

“I thought I would have to celebrate England getting through to the final before saying goodbye to it all.”

He told pals of his plans on Friday night and they splashed out on £40 industrial trimmers before finishing the job early the next morning.

The scaffolder, from Poplar in London, predicted a 3-1 England victory in the Euro 2020 final tonight and insists he wasn’t egged into it- saying “as soon as I said it, they were all up for it".

Alfie added: "I've always been told I've got more hair on my chest and back than an ape – so put it to good use.

Alife is planning to watch the game topless to show off his unique support.

He added: "I'll have a flag around my neck and my chest out.

"I love it – I think it's hilarious. I'm hoping it will grown back in time for the start of the season so I can get the Irons logo shaved in for the first West Ham game."