England’s batsmen must strive to turn a strong opening-day showing at Centurion into a first-innings lead over South Africa, says Nasser Hussain.

The tourists reduced the Proteas to 277-9 on day one of the first Test, with Sam Curran returning 4-57, despite a build-up to the series plagued by illness.

Seamers Stuart Broad and Jofra Archer recovered sufficiently to take part in the Test but spinner Jack Leach, all-rounder Chris Woakes and batsman Ollie Pope remain struck down, and with Ben Stokes playing but yet to bowl due to dehydration, Hussain says it is vital the batsmen give their bowlers the opportunity to rest.

“It’s something that Chris Silverwood and Joe Root have driven into this side – the first innings is crucial,” said former England captain Hussain. “It is doubly-important here.

“It’s not so much how they went today – it’s how they follow that up tomorrow. Tomorrow will tell us how good a day today was. You need a first-innings lead.

“I don’t necessarily agree it’s about batting long, it’s about how many runs you get. You can play in different ways; there’s no way I’d go up to someone like Mike Atherton and say ‘our policy is to bat long’. “Your policy is to get runs but the other thing they have said is that first-innings runs are absolutely vital and often England don’t get enough.

“On a pitch like this which has cracks on it and is going to deteriorate, you have to get a first-innings lead. The other reason why it’s important is because it gives the bowlers a bit of a rest.”

Seamer James Anderson – back in the side after recovering from a calf injury – gave England the perfect start to the day by striking with his first ball in his 150th Test.

The tourists continued to strike regularly and at one stage the Proteas found themselves on 111-5, only for Quinton de Kock to rally the side with an entertaining 95. 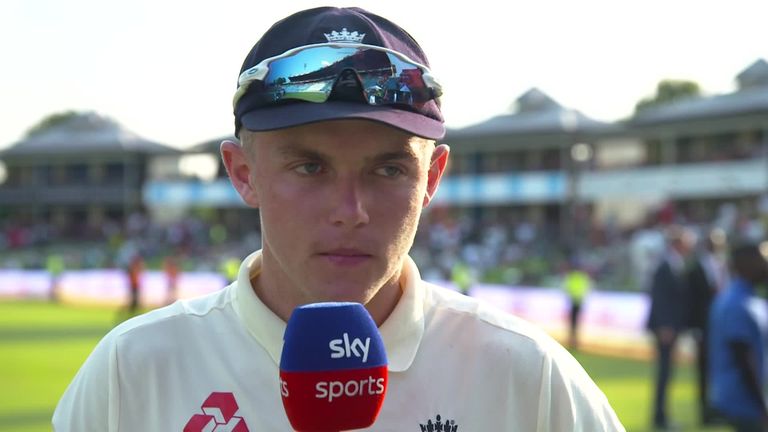 “As a spectacle it has been an excellent day because of the pitch – a pitch with more carry and bounce makes for better viewing,” said Hussain.

“You want the first-innings score to be around about 300 to make it exciting and interesting and I think that’s where South Africa might be a little bit short if England get an early one tomorrow.

“When you win the toss and you put them in, I don’t think Joe Root was thinking ‘we’re going to bowl them out for 220’, but I think he would have liked them to be eight or nine down by the end of the day and that’s exactly where they are.