ENGLAND suffered their first defeat of the Twenty20 World Cup – and opener Jason Roy looks certain to miss the rest of the tournament.

Roy pulled up suddenly taking a single and collapsed to the floor clutching his left leg. 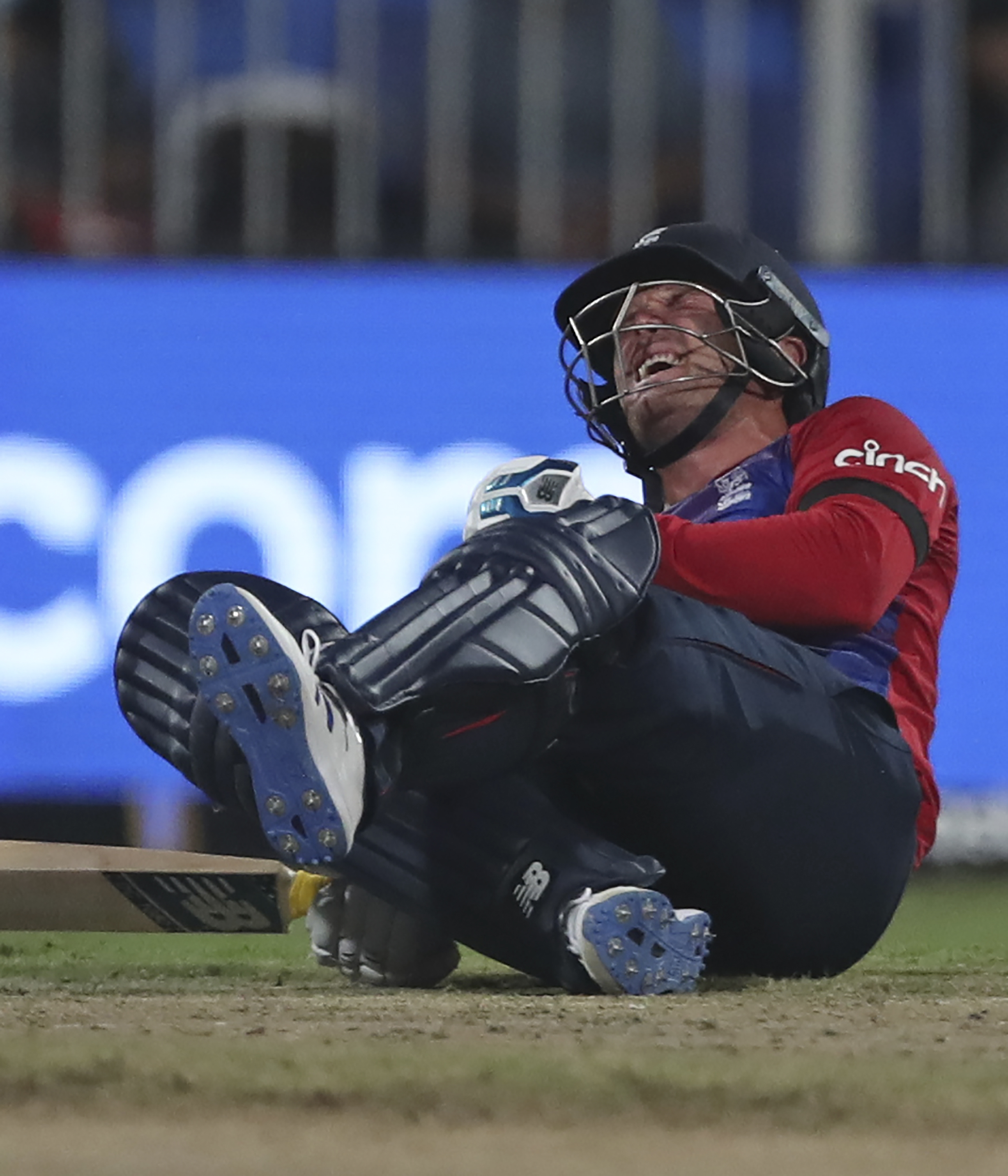 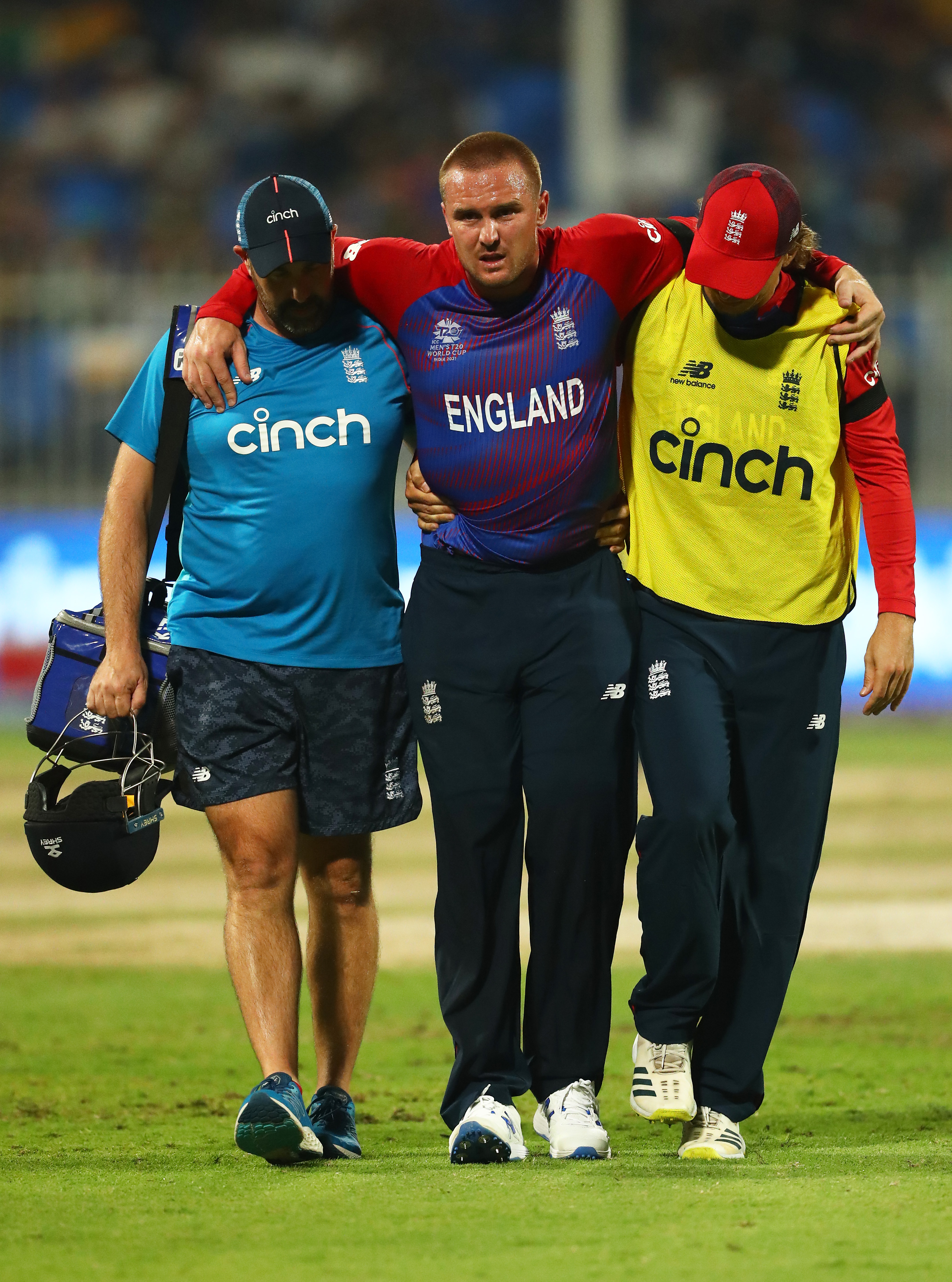 He appeared close to tears as he was helped from the field and later spotted on crutches.

The Surrey slugger’s power at the top of the order is a big weapon for England and the sense of loss will be acute.

Either Dawid Malan or Jonny Bairstow could open in the semi-final and Hampshire’s James Vince, who is here as a reserve, is likely to be added to the squad.

Roy’s injury made it a miserable day for England as they surrendered their 100 per cent record.

Eoin Morgan’s team were beaten by ten runs by South Africa in their final group match after winning all four of their previous games.

England scored enough to prevent the Aussies, who beat West Indies earlier in the day, being eliminated on net run-rate.

South Africa needed to bowl out England for fewer than 131 to pip Australia into the last four.

England had to score 106 to top their group and play New Zealand in the semi-finals – as long as the Kiwis beat Afghanistan on Sunday.

And, as unlikely as it seemed after those four victories, England would actually have been eliminated if they failed to score 87 or more. That never looked like happening, despite Roy’s injury.

South Africa knew they had to win big and batted with more aggression than any team against England so far.

In fact, England conceded 140 for the first time and the Proteas went way beyond that figure and all the way to 189-2.

Opener Quinton de Kock made 34 but the real explosion came during an unbroken third-wicket stand of 103 in 8.4 overs between Rassie van der Dussen and Aiden Markram.

Van der Dussen finished just four short of a century while Markram, whose name is spelled the same forwards and backwards, left England’s bowlers wondering if they were coming or going. He plundered 52 not out from just 25 balls.

Moeen Ali bowled the first four overs from one end and finished with 1-27 but the other bowlers all took heavy punishment with Mark Wood the most expensive.

Wood, playing his first match in place of the injured Tymal Mills, started with a 94mph thunderbolt but finished with figures of 4-0-47-0.

England were under the pump for the first time in the tournament. And they became ragged in the field, too, and at one stage conceded three sets of overthrows in the space of ten balls.

Roy and Jos Buttler were moving into overdrive in reply when Roy was hurt and then Buttler drove a catch to mid-off. Bairstow was soon lbw.

Moeen, promoted to No3 after Roy retired, struck a 102-metre six off left-arm wrist-spinner Tabraiz Shamsi. But he was caught at long-on trying to repeat the shot next ball.

Liam Livingstone went bigger and pulled fast bowler Kasigo Rabada for a six measuring 112 metres – the biggest of the tournament, beating the 111-metre effort by Andre Russell of the Windies.

England kept in touch with their target but Rabada took a hat-trick with the first three balls of the final over, removing Woakes, Morgan and Chris Jordan. 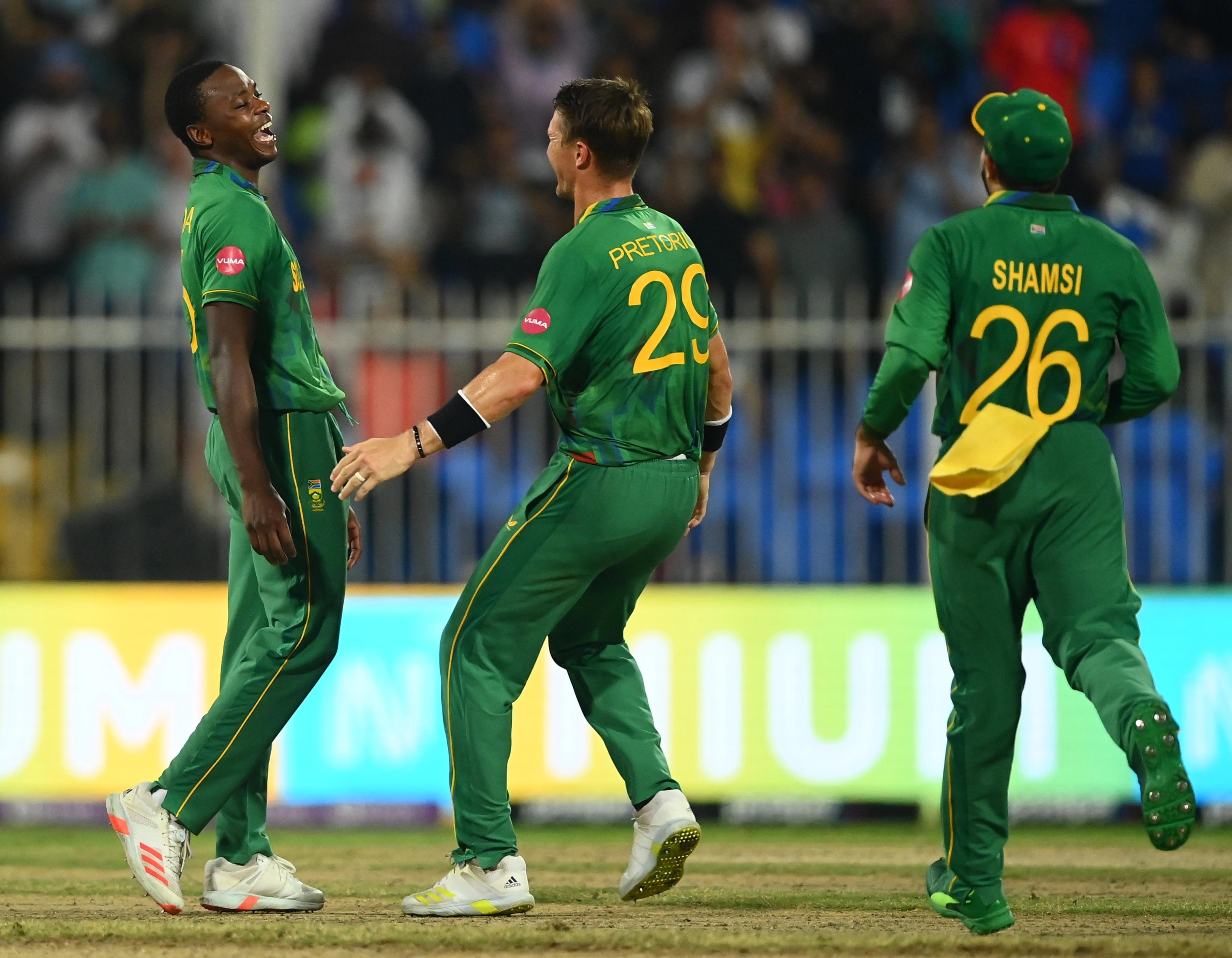 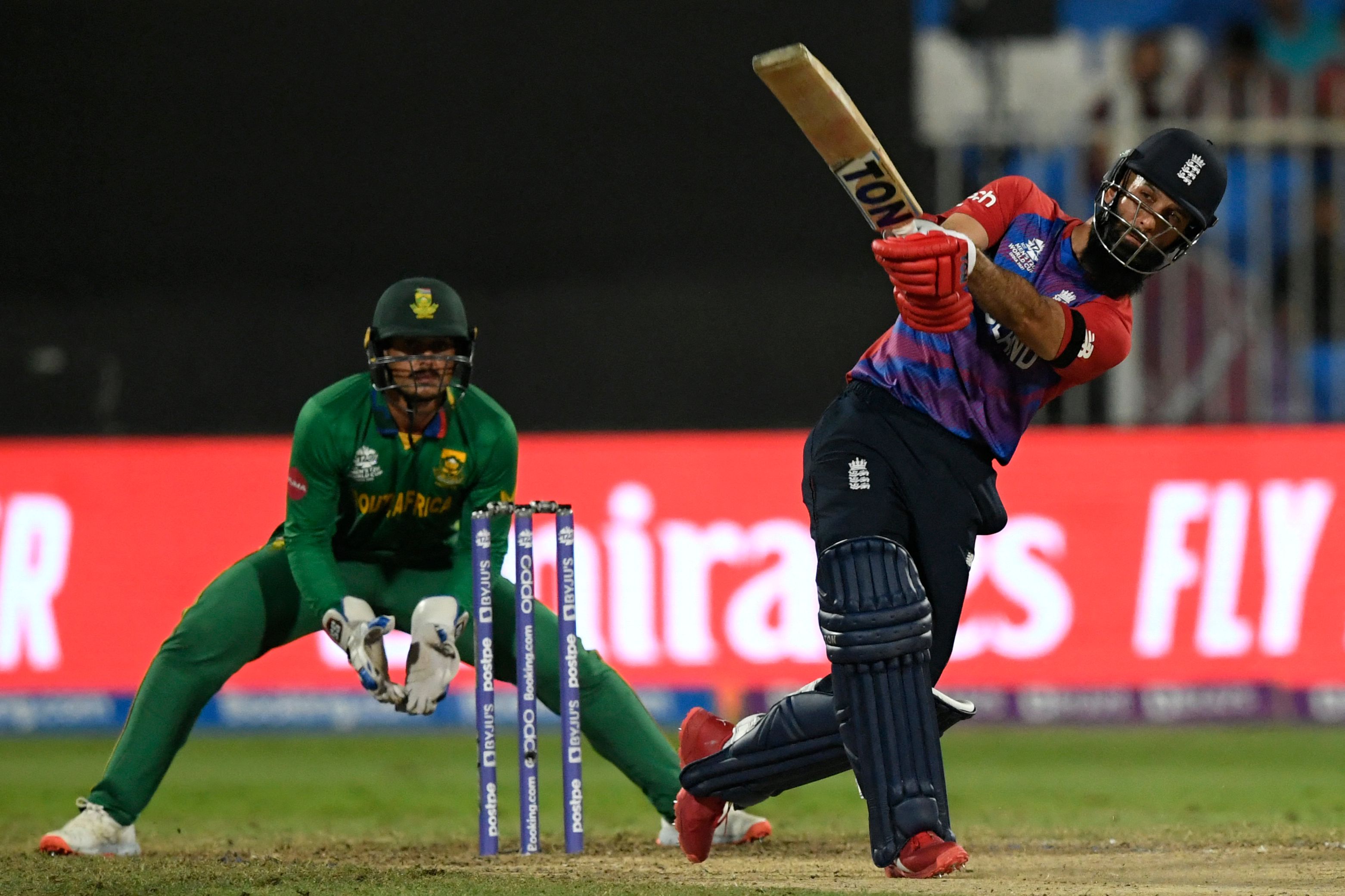