The nippy VW carrying the match ball first made an appearance in the opening fixture between Italy and Turkey – causing social media to go into meltdown. 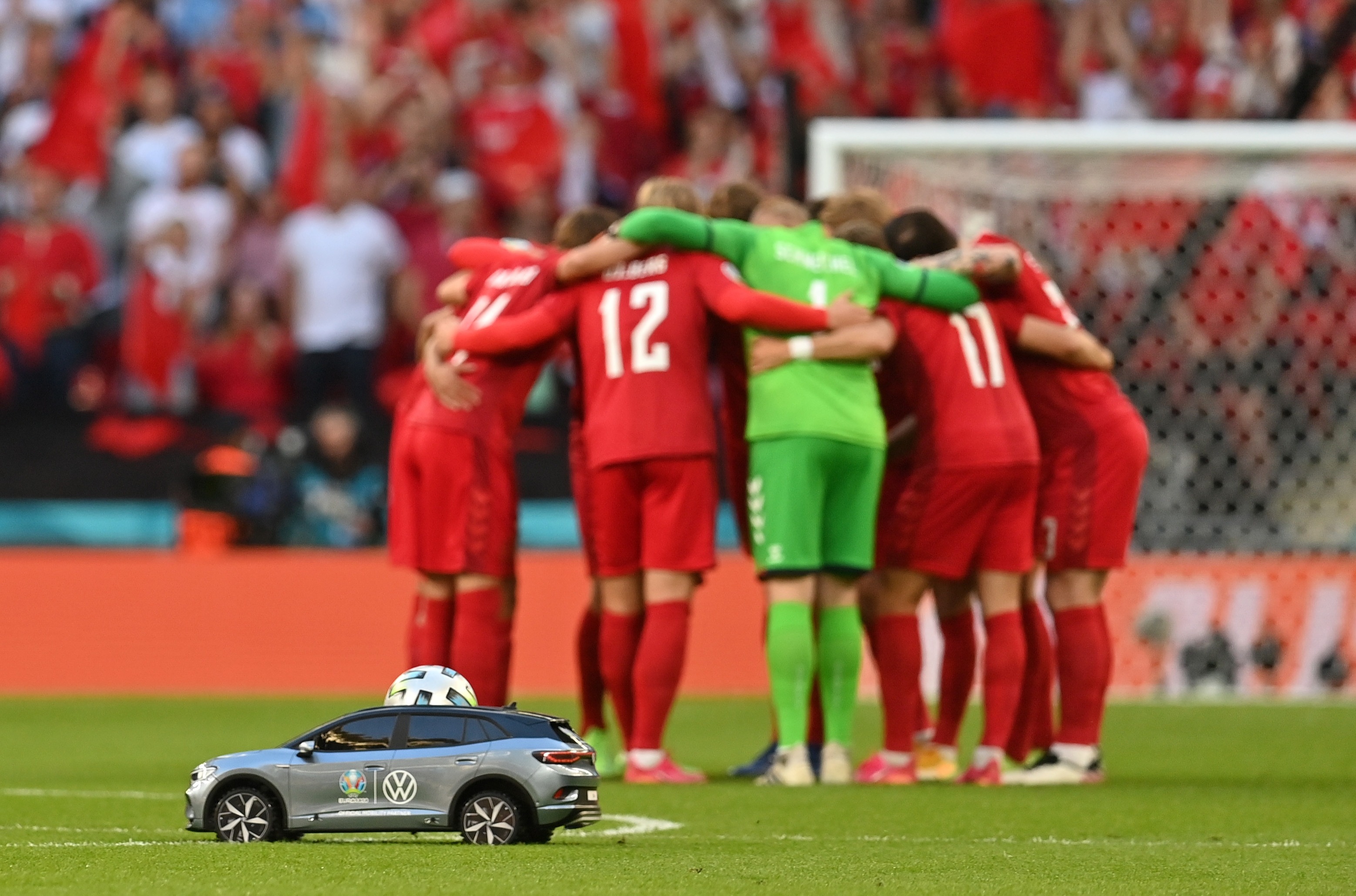 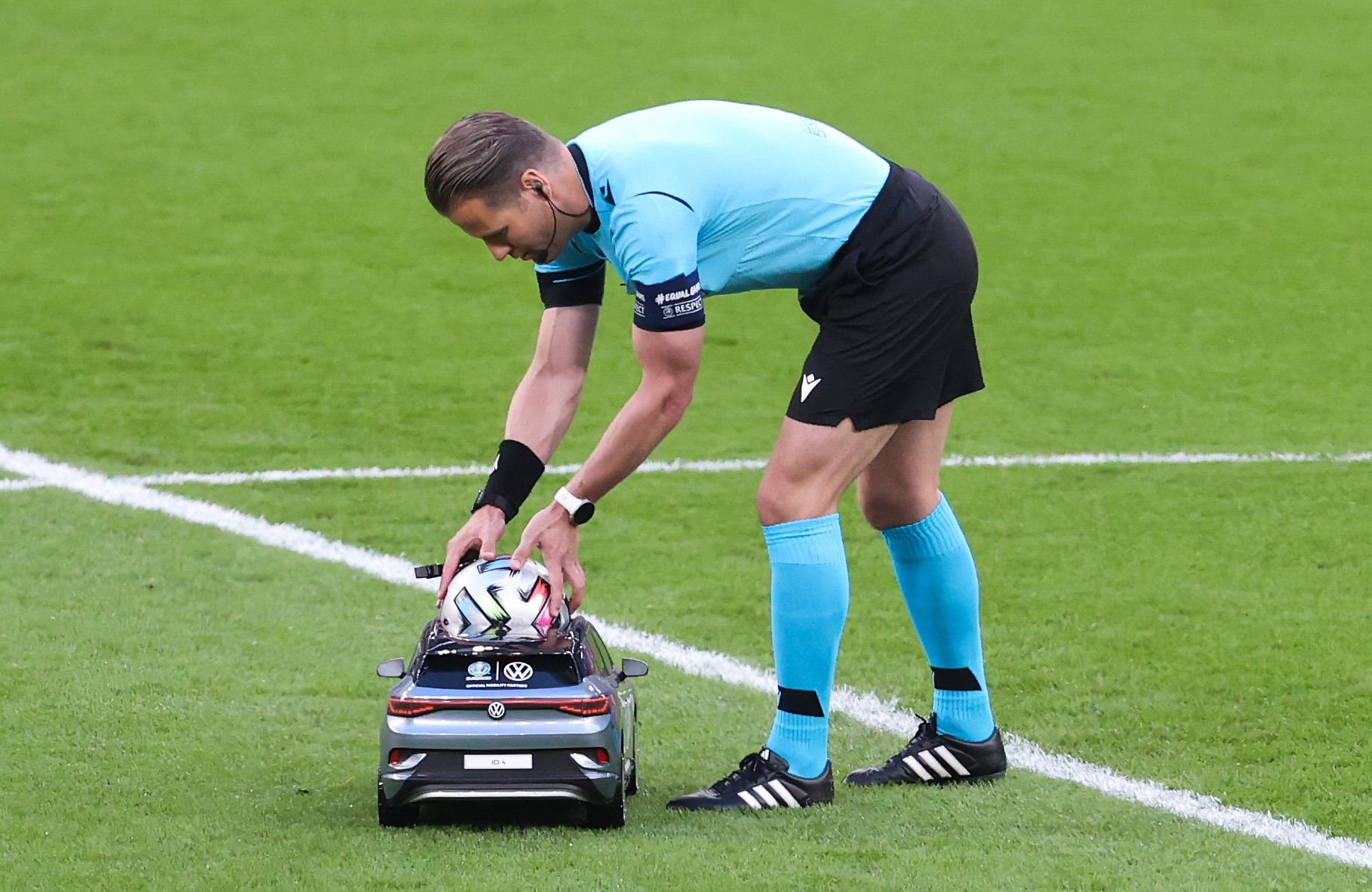 The car was then surprisingly ditched leaving viewers bitterly disappointed.

But with millions tuning in for the Euro 2020 semi-final, tournament sponsors VW were not going to let an opportunity pass.

As the teams lined up for a place in the final at Wembley on Sunday, the car made an appearance before the referee picked up the match ball.

Some viewers appeared more excited to see the car than the actual match itself.

One said: "The best bit about the Euros is the little car that brings the ball out."

Another wrote: "My favorite part of the Euros has been the little car that brings out the match ball."

A third joked: "If anyone ever wants to propose to me then I would like them to do it with the little Euros car please."

England's first half with Denmark exploded into life when Mikkel Damsgaard stunned Wembley with a brilliant free-kick on 30 minutes.

But they were all square just nine minutes later when Simon Kjaer turned into his own net following a Bukayo Saka cross.