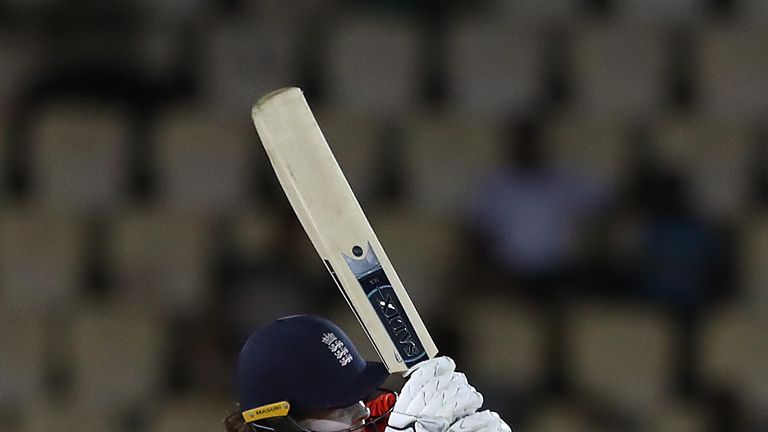 England Women impressed on their way to a convincing 41-run win over India in the opening game of their three-match T20 international series in Guwahati on Monday.

Batting first, Tammy Beaumont (62) and Danielle Wyatt (35) shared an opening stand of 89, before skipper Heather Knight smashed 40 off just 20 balls to fire England to an imposing total of 160-4 from their 20 overs.

With the ball, Linsey Smith starred for the tourists in only her third T20I, taking 2-22, while Katherine Brunt – fresh from a five-for in England’s consolation win to end the ODI series – claimed 2-21 from her four overs as India could only manage 119-6 in reply.

England were disappointing as they succumbed to a 2-1 series defeat to their hosts in the preceding ODIs, but they looked back to their best in the shortest format, with Beaumont and Wyatt setting the perfect platform after being put into bat.

Wyatt was the first wicket to fall, to Shikha Pandey (1-18) in the 12th over, and Nat Sciver (4) followed swiftly after, holing out to deep square-leg off Radha Yadav (2-33) but Knight came in and blasted England up to 160.

India never looked likely to chase that score down, crumbling to 46-5 at the 10-over mark, with Smith removing Smriti Mandhana and Jemimah Rodrigues off consecutive balls.

Pandey top-scored with an unbeaten 23, sharing in and unbroken 43-run stand with Deepti Sharma (22no) that added some slight respectability to India’s defeat as they fall behind 1-0 in the series.

The two teams meet again in Guwahati on Thursday and Saturday.