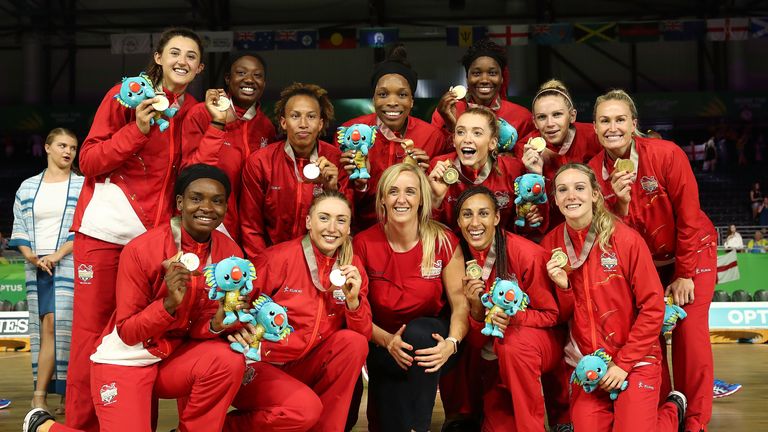 On April 15, 2018, England’s Vitality Roses shook up the world order and won gold at the Commonwealth Games on the Gold Coast, beating hosts Australia in the most dramatic of fashion.

Exactly 12 months on, the days are racing by before England become the ones that play host, with the Vitality Netball World Cup arriving in Liverpool in June.

In the North West, the team’s aim is a clear one – take the title in front of their home fans, replicate the success that they achieved in Australia, and finish on top of the world.

As she was in Australia, and as she has been since 2015, Tracey Neville will be the brains behind the Vitality Roses’ campaign this summer.

Neville’s relationship with the national side goes back much further than that, though. She first represented her country in 1993, and achieved 81 international caps during her own international career.

Before their Commonwealth Games final, the head coach had visualised what it might be like to achieve the gold – and what the aftermath might look like. The reality, as Neville shared with Sky Sports, was a little different!

“At the Commonwealth Games, I’d had an image for 20 years as to how I would celebrate a gold medal,” said the head coach.

“If I looked at how I actually celebrated that gold medal, I think that it was with a cup of tea and bed. I was absolutely exhausted by that [point].”

The pathway to the gold saw England play seven matches in ten days, and they saved the ultimate duel for last – a meeting with the hosts and world leaders Australia, on April 15 last year.

A lifetime ambition realised, after years of hard work, self doubt, wishing, training, trying. It's the experiences along the journey and the people that make this moment so so special. Comm Games FINAL, we've finally broken the deadlock. Nothing but love. Thanks for the support ❤️🌹❤️ #teamengland #englandnetball #roses #cwg2018

A lifetime ambition realised, after years of hard work, self doubt, wishing, training, trying. It's the experiences along the journey and the people that make this moment so so special. Comm Games FINAL, we've finally broken the deadlock. Nothing but love. Thanks for the support ❤️?❤️ #teamengland #englandnetball #roses #cwg2018

Prior to the final, a heart-stopping 56-55 victory over Jamaica set the tone, and on that occasion, the unflappable Jo Harten put the deciding shot up.

The semi-final victory ensured that the Roses finally scaled the barrier between the last four and the last two, something they hadn’t been able to do before. When it came to the final, the intensity lifted further.

After both teams scored 25 goals apiece in the first half, Neville’s side found themselves 38-36 down to the Australian Diamonds with 15 minutes to play. They then fell further behind in the last, by 40-36, before mounting a mesmeric comeback to lock the match at 51-51.

It’s a moment that every England player on court and every member of the squad and wider team will never forget. 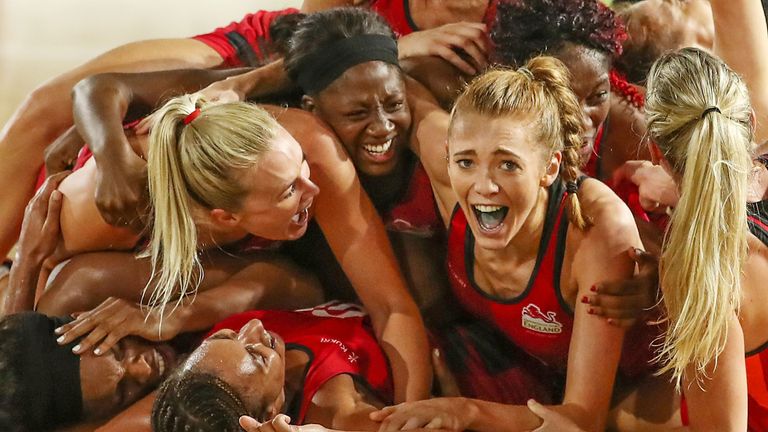 For Neville, it wasn’t the first time that she’d seen Helen Housby nail a last-second goal in a final. The shooter had done it as part of her Manchester Thunder side four years prior to win a Netball Superleague title. Needless to say, she’s joked with Housby that perhaps they could ‘win it a bit earlier’ in future!

A dream come true, my ♥️, my passion ??????? my heart . Someone’s given me the 12 most beautiful red roses #webelieved ? pic.twitter.com/LnsYpMnuHa

Since the Roses’ winning moment, Neville has been as dedicated and focused as ever – her desire to create ‘success-on-success’ is great.

“Our decisions for the World Cup started at the end of the Commonwealth Games,” said Neville on the day which marked 100 days until the tournament.

“We have quite a tough selection process. When it comes to this stage, there may be a couple of players that we’re deciding on due to the nature of the competition – however, from my point of view, it’s self-selection.

“The players have had as much opportunity as we provided them within the international phase.

“They’re obviously going into the club season now [those playing in Australia too], and will continue to ensure that consistent performances are put out by them individually. Then, it creates an easy job for us.

“Obviously there’s a little bit of contention between the coaches and the selectors around a couple of players, but usually the decisions are made pretty quickly.”

While those decisions are ongoing and the road to Liverpool continues, let us all just pause for a minute. Pause and mark this landmark day…12 months on from the moment that England shook up netball’s world order and gave us one of the most dramatic sporting moments in recent years.

When reflecting back on a year ago, you can’t help but look forwards too, and contemplate whether they can do it all over again in Liverpool.