The Red Devils' boss, 48, confirmed that Van de Beek is less than happy with his situation at the club, having played just six minutes in the league so far this season. 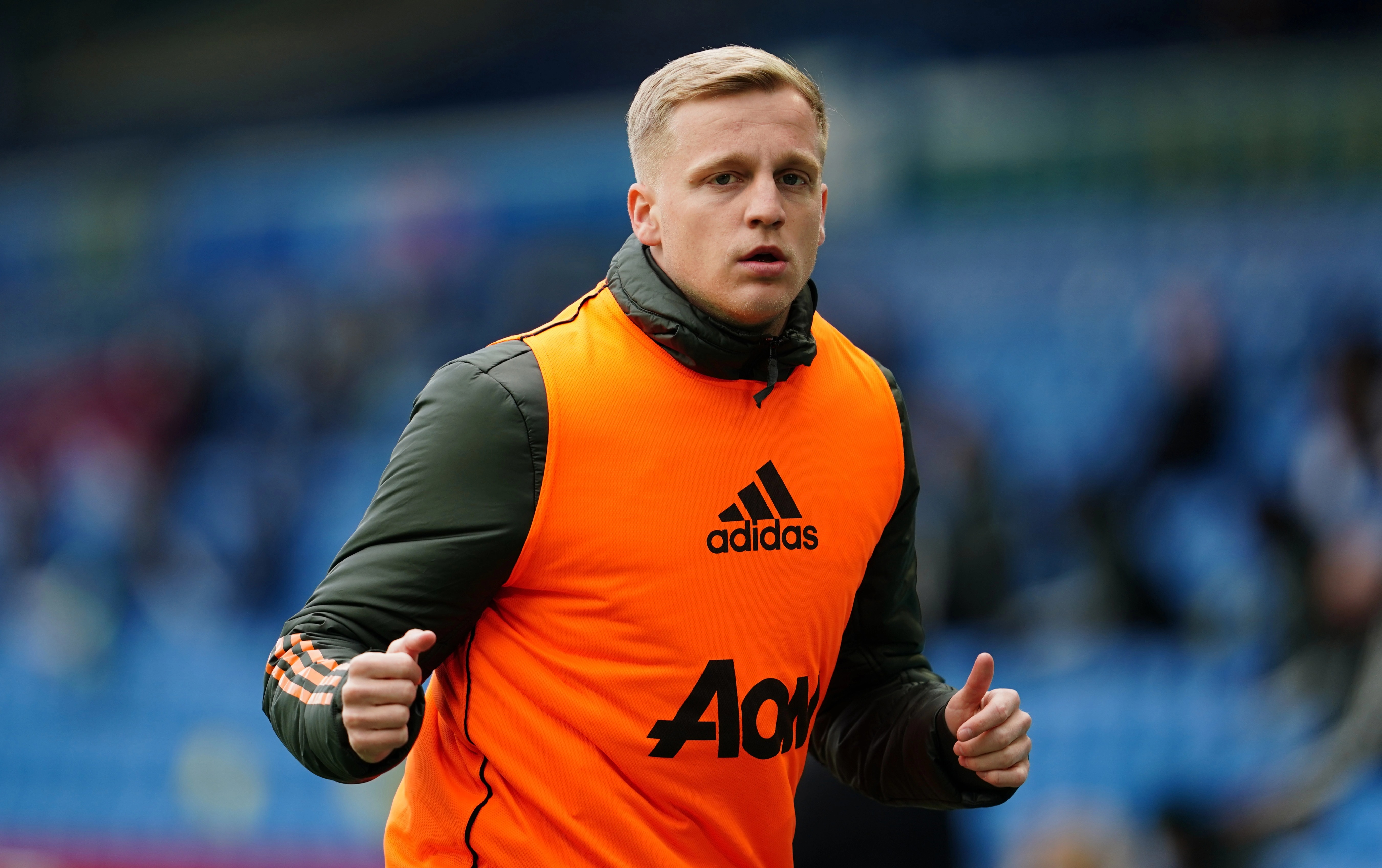 The Dutch midfielder, 24, has cut a hugely frustrated figure in recent weeks, but Solskjaer has praised his professionalism in dealing with his Old Trafford nightmare.

The Norwegian said: "At the moment it is hard, I understand Donny. He is frustrated, he is disappointed.

"I know he is not happy but he is a top professional! He doesn't let himself down and he knows this is how it works in football."

Van de Beek has been linked with a move to newly-rich Newcastle, who will reportedly look to strengthen their squad in January, as well as with a return to Ajax.

But transfer guru Fabrizio Romano shut down rumours of a potential move back to Amsterdam, despite revealing the high likelihood of him quitting Utd in January.

He said: "There’s nothing going on between Ajax and Manchester United for Donny van de Beek. Rumours about a potential comeback in January are considered ‘fake’ by all parties involved as things stand now.

"Btw, there are ‘huge chances’ for Donny to leave Man Utd in January."

The Dutchman came through the Ajax academy before breaking into the first team in 2015, going on to make 175 appearances for the club before his £39m switch to Old Trafford.

He has been linked most strongly with Everton, however, and it was revealed that the Toffees made an enquiry into a potential loan deal in the summer, which was quickly shut down by Utd.

Everton's director of football, Marcel Brands, remains a huge admirer of the midfielder and admitted he is keen to rescue his compatriot from his current situation.

Brands told Dutch radio: "We had Van de Beek on our wanted list. We asked United about him at the start of the transfer window, but a deal was not possible at that time.

"Towards the end of the window, I got a call from his agent, Guido Albers, who said Donny might be able to join us on loan after all.

"But at the very last minute the deal was blocked once again. You are always dependent on the other club co-operating with you. It is now early October, and a lot can happen with players getting injured.

"United are competing on several fronts, so it is difficult to say [if a deal can be done]. But of course it is a great shame for Donny. He is a very good player, no doubt at all.

"A lad like him wants to play regularly and to get back into the Holland national side. But you know that there is great pressure at a club like United – and huge competition for places."

With key player Abdoulaye Doucoure facing a lengthy spell on the sidelines due to a suspected broken foot, the Toffees will be desperate to fill the attacking void left by the Frenchman.

Doucoure has been superb for Everton so far this season in a more advanced role, with two goals and four assists in eight league games.

And Van de Beek would be a natural replacement for the midfielder, having scored 28 goals and bagged 24 assists in 118 Ajax appearances in the Eredivisie.

The Dutchman's frustration finally came to a head when he threw his chewing gum at the ground in fury late on in a Champions League tie against Villarreal.

He had been warming up on the sidelines as the Red Devils chased a winner but was overlooked by Solskjaer, who decided to put Jesse Lingard and Fred on instead.

Van de Beek was visibly fuming with his manager's decision and teammates Dean Henderson and Eric Bailly did their best to console him as he slumped in his seat.

Things worsened for the midfielder as he accidentally spilled a cup of tea over a Utd coach as he tried to squeeze past him in the tunnel after Utd's 4-2 defeat at the King Power stadium last weekend,

As well as Everton, Newcastle and Ajax, Barcelona and Juventus have also been linked with a move for the 19-cap Netherlands international, who will be in high-demand come January.