HE was one of the pioneers who invented the Premier League.

The driving behind the scenes force as Arsenal were revitalised by Arsene Wenger. 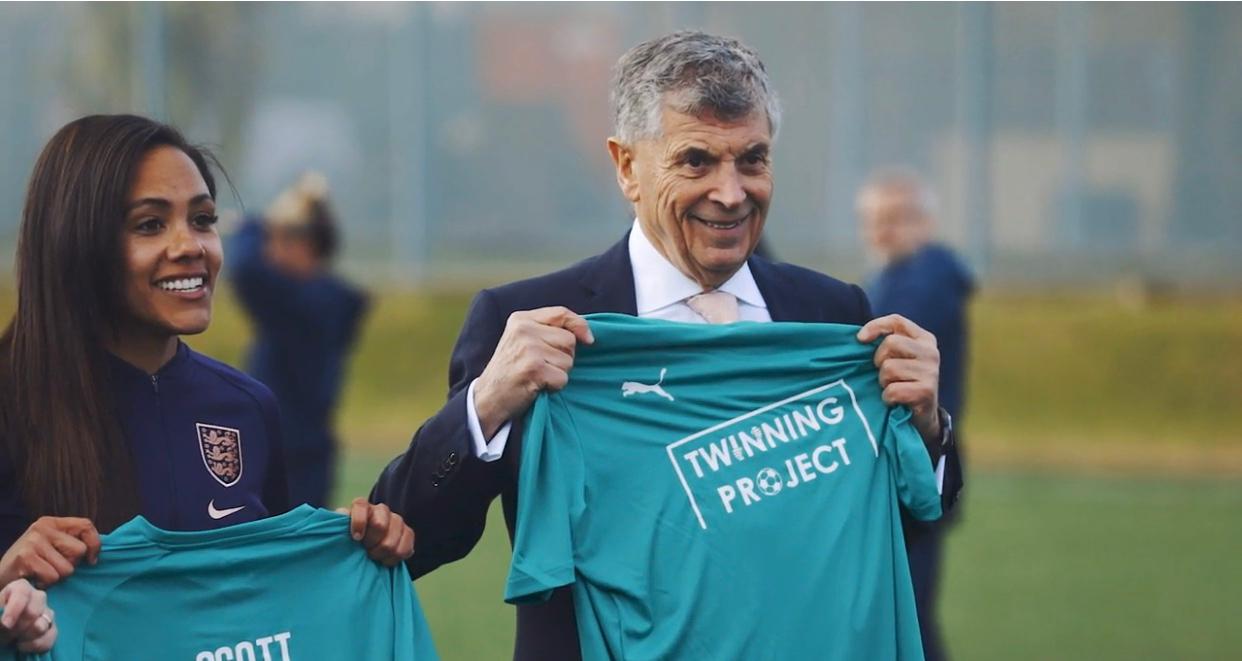 And one of the game’s great movers and shakers.

He is no longer obsessed with the transfer market, with developing football, with cash and grandeur.

Instead, Dein is determined to help transform the lives of those who many in society have cast into the abyss.

To use football as a vehicle for change and belief.

Instead of the Emirates or Wembley boardrooms, Dein now walks the Victorian corridors of Wormwood Scrubs, Armley and Dartmoor.

His vision is a simple one. To bring hope where there has been despair. To give those who are currently in prison the chance to turn their lives around.

This week, at HMP Downview women’s prison, Dein was unable to contain his delight.

Former Arsenal and England midfielder Alex Scott was out on the prison pitch, coaching the first class of student signed up to Dein’s Twinning Project.

Already some 35 professional clubs have signed up, promising to work with local jails and provide the prospect of employment in football when the inmates come out.

The FA, Premier League, EFL, refs’ chiefs PGMOL, PFA and League Managers Association are on board too.

Dein explained: “Prison needs to be about rehabilitation. Being inside IS the punishment.

“We want these offenders to come out better people, who have learned to be part of a team, who can get the chance of meaningful jobs.”

This week’s launch was the end of the first part of a crusade that has taken Dein up and down the country for five years, visiting nearly all the 118 prisons in the country, bending the ear of government and football.

SunSport was alongside Dein in one visit to HMP Lincoln, watching him go through a routine that had more than a trace of the late Bob Monkhouse about it. Or Hugh Jackman as Barnum in The Greatest Showman.

The initial doubts of the 70 or so inmates lasted only a few minutes. They were almost instantly….captivated!

A few jokes – unsurprisingly including a few about Spurs – a brief history lesson, showing how the Premier League developed from an idea around a table into the gargantuan global success of today, and his involvement in the development of referees’ magic spray.

More crucially, Dein’s life lessons, gained over his 75 years – although he has the enthusiasm of somebody two decades younger: “Be like the turtle – you don’t get anywhere unless you stick your neck out.”

Dein knows what goes on when the iron gates are locked – the constant sound was of huge metal keys being turned and the gates clanged shut.

More than 500 prisoners are currently in Lincoln, spending 17 hours per day in their 10ft by 6ft cells, almost all of them shared.

It has long been a breeding ground for more of the same.

“We know that there is self-harm and suicides, too, and they often turn back to crime because it is so hard for them to get employment when they are released.

“But we know they don’t want to come back if they get the opportunity to do something useful.

“We are giving them the chance to take an FA-backed course that will allow them to have fun and learn and receive a real qualification.

“I’m not saying they will all become professional footballers, coaches or referees.

“But they will have a much better chance of employment  if they take the courses. It might be in catering or hospitality. And we hope they will no longer feel abandoned by society.”

SunSport was roped in for a question and answer session but the key response was when Dein asked how many might be interested in taking part in his Project.

The hands shot up. One inmate even asked if his imminent release might be put on hold – so he could take a refereeing course inside as part of the Project.

At Downview, Scott was enjoying her role.

She said: “If it wasn’t for football, I could have been in here. It was my escape from the East End, brought up by a single mother.

“Football gave me the life skills these girls want to have. How to communicate. Without someone believing in me, it would never have happened. These girls just need someone to believe in them.”

Dein is that someone, selling his idea to Justice Secretary David Gauke and Prisons Minister Rory Stewart, who gave the Department’s blessing and then working alongside Jason Swettenham of the Prisons Service.

Junior Justice Minister Edward Argar agreed: “David has been a great inspiration and has pushed this really hard, especially getting football on board.

“It is good for the prisoners’ physical and mental health, gives them leadership skills and self-esteem and teaches them about team work. It’s a chance for them to turn their lives around.”

Hilton Freund, who will run the Project’s charitable foundation added: “We are looking to work with prisoners who have 18 months or less to serve, so that they can put their new skills to use.

“Football is the way to get them to change and build the confidence to have conversations with potential employers, housing officers, the people they would have shied away from.”

Back at Downview, Dein, who has former Arsenal striker Ian Wright – who famously spent time at Her Majesty’s pleasure before his career kicked off – as one of his ambassadors, was still thrilled at the culmination of his vision.

One prisoner, approached by him as she left the pitch for her first classroom session, turned and said: “It’s the first time in months that I’ve smiled.”

Dein recalled: “When it started I asked what football was doing in prisons.

“As a game, we weren’t doing enough.

“But this is a way football can help the prisoners discover discipline, punctuality, how to work together and realise they have not been forgotten.” 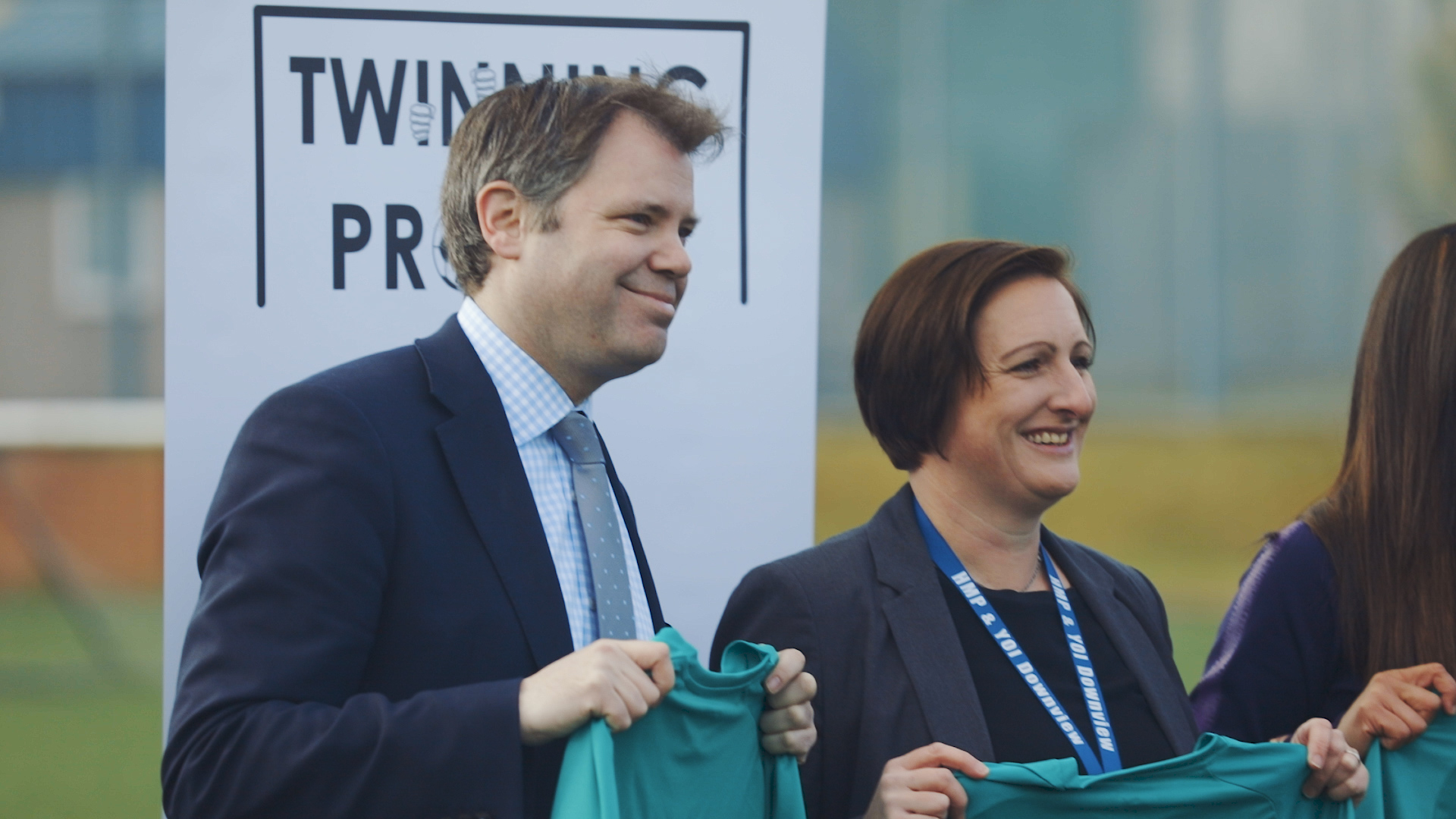