WAYNE ROONEY is eyeing a reunion with Manchester United after Derby County were drawn to face the Red Devils.

The Rams, however, will have to overcome League One Northampton in their replay at Pride Park to set up the clash. 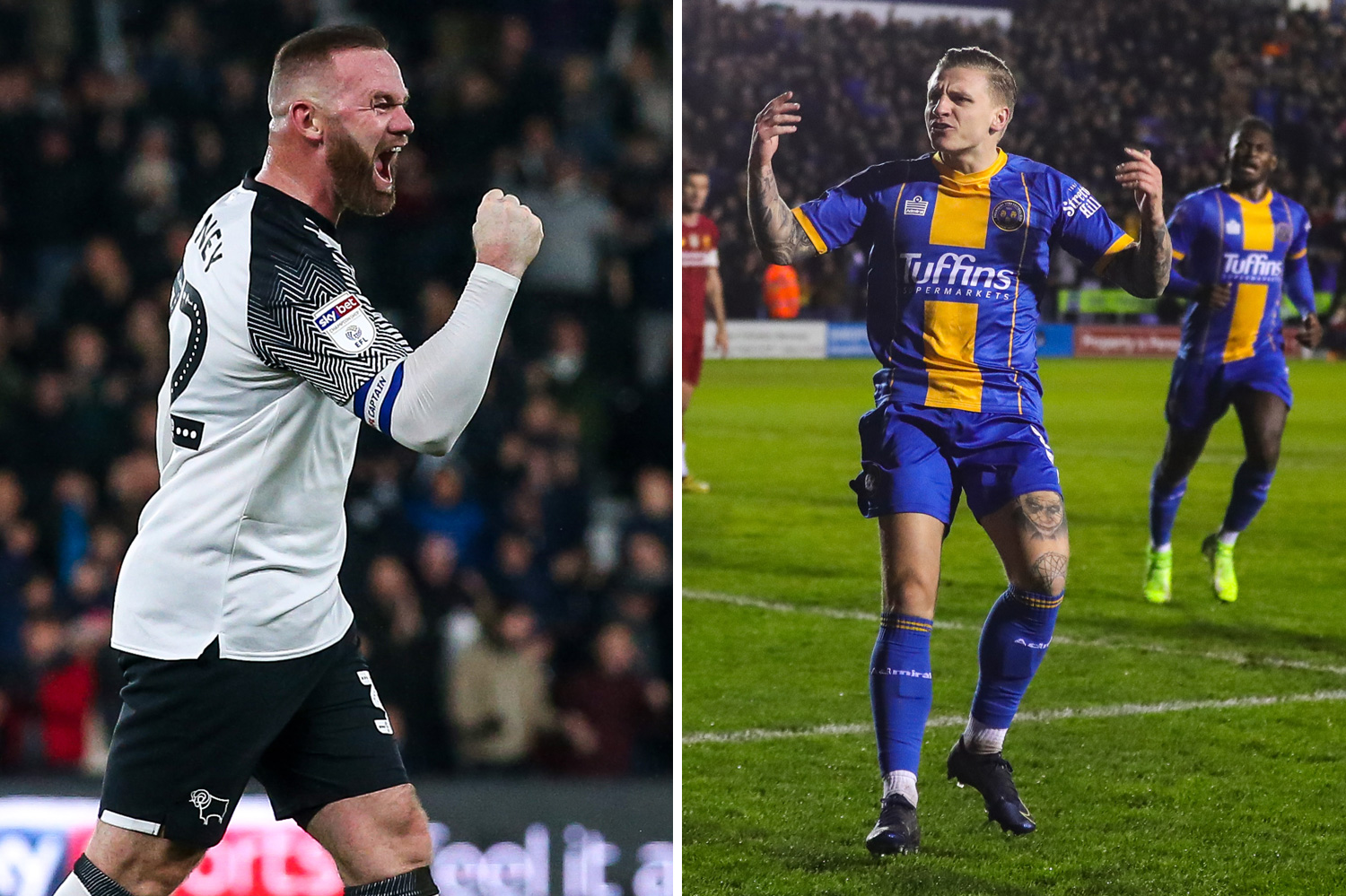 Rooney, 34, left the Red Devils in 2017 to rejoin boyhood club Everton, before leaving English football behind a year later for MLS.

But United's all-time leading goalscorer could be reacquainted with his former side, having won five league titles and a Champions League at Old Trafford.

Meanwhile, Liverpool could face a daunting trip to Stamford Bridge – if their kids can get past Shrewsbury at Anfield next week.

Sam Ricketts' side have now been made 1000-1 to win the FA Cup with some bookmakers, with trips to Anfield and potentially Stamford Bridge blocking their path to the quarter-finals.

Red Boss Jurgen Klopp, however, has already confirmed that none of his first-team stars will play against the Shrews – and that he will not even be in the dugout for the match.

After chucking away a 2-0 lead at New Meadow against Shrewsbury, Klopp, 52, said: "We will not be there and it will be the kids. I know that is not very popular.

“They need a rest – a mental rest and physical rest. That is what the winter break is about.

“We had to make these decisions before because players have families.”

Elsewhere, Bournemouth or Arsenal will face a trip to 2008 winners Portsmouth after Kenny Jackett's side overcame Championship Barnsley 4-2 at Fratton Park in round four.

Brendan Rodgers hasn't lost a domestic cup match since 2015, and he will lead his Leicester side against either Birmingham City or Coventry City at the King Power Stadium.

FIFTH ROUND DRAW IN FULL